US President Donald Trump’s Middle East envoy faces strong criticism from members of the UN Security Council, including Washington’s own allies, after he downplayed... 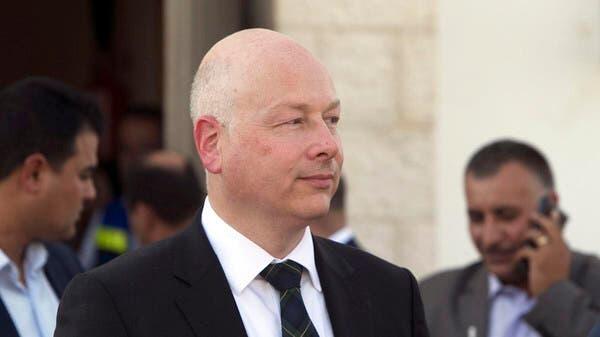 US President Donald Trump’s Middle East envoy faces strong criticism from members of the UN Security Council, including Washington’s own allies, after he downplayed the world body’s resolutions on the Middle East conflict and said the Israeli-Palestinian issue cannot be resolved by relying on “fictions” of global consensus.

Addressing a UNSC meeting in New York on Tuesday, Jason Greenblatt dismissed the notion that international law and UN resolutions must serve as the foundation of any solution to the decades-long Israeli-Palestinian conflict.

Greenblatt said the issue will not be settled by references to international law, which he called “inconclusive.”

“A comprehensive and lasting peace will not be created by fiat of international law or by these heavily wordsmithed, unclear resolutions,” he said. “The vision for peace that we plan to present will not be ambiguous, unlike many resolutions that have passed in this chamber,” referring to the so-called peace plan Washington had been developing without Palestine’s consent to end the conflict.

Greenblatt also noted that the upcoming plan — which Trump himself calls the “deal of the century” — would not be based on “fictions of international consensus” as it is often “nothing more than a mask for inaction.”

“So let’s stop kidding ourselves. If a so-called international consensus had been able to resolve the Israeli-Palestinian conflict, it would have done so decades ago. It didn’t,” he added.

Security Council members, in response, underlined the need for respecting international law and UN resolutions in efforts to resolve the Palestine issue.

British representative Karen Pierce also reminded all countries that they “have a responsibility” to implement UNSC resolutions.

Moreover, French UN Ambassador Nicolas de Riviere emphasized that Paris would support any peace effort “so long as this aligns with the approach that we have set out together, so long as this adheres to international law, specifically all resolutions of the Security Council.”

Greenblatt, has worked with Jared Kushner, Trump’s son-in-law and senior adviser, on the US president’s highly-contentious “peace” deal, which the Palestinians have already dismissed “the slap of the century.”

The economic section of Trump’s proposal was released during a Washington-sponsored conference in Manama, Bahrain, on June 25-26 despite a Palestinian boycott of the event.