The United States has confirmed that it is removing Turkey from the F-35 fighter jet program, after Ankara last week began receiving the first... 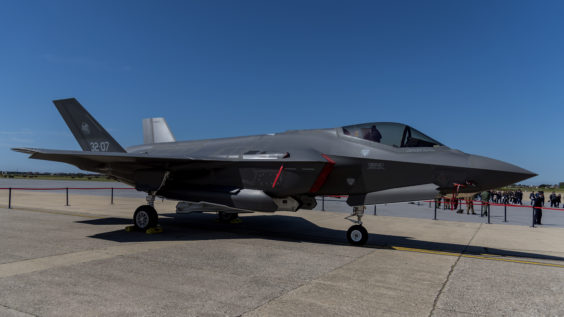 The United States has confirmed that it is removing Turkey from the F-35 fighter jet program, after Ankara last week began receiving the first parts of the Russian-made S-400 missile defense system. “The US and other F-35 partners are aligned in this decision…[to] initiate the process to formally remove [Ankara] from the program,” Ellen Lord, US Undersecretary of Defense for Acquisition and Sustainment, was quoted by Reuters as saying. In response, Turkey’s foreign ministry issued a statement in which it “invite[d] the United States to return from this mistake which would open irreparable wounds in strategic relations.” The F-35 is used by NATO and other US allies, raising concern that Turkey’s deployment the of S-400 system could threaten the security of the fifth-generation stealth fighter in the Middle East. “The F-35 cannot coexist with a Russian intelligence collection platform that will be used to learn about its advanced capabilities,” the White House said in a statement. Washington has long warned that Ankara’s purchase of the S-400 system could lead to economic sanctions being imposed on Turkey.