Friday’s withdrawal means only one soon-to-expire arms control treaty between the US and Russia remains Washington DC – The United States on Friday... 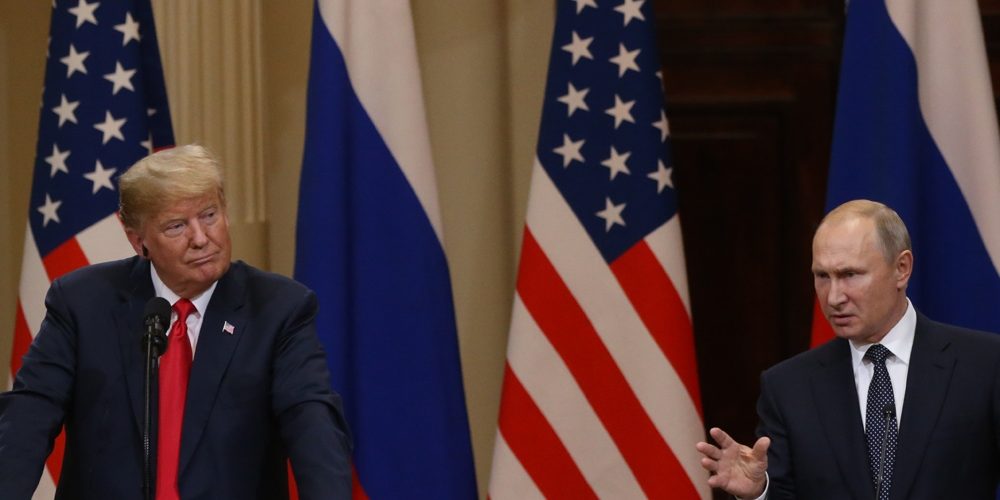 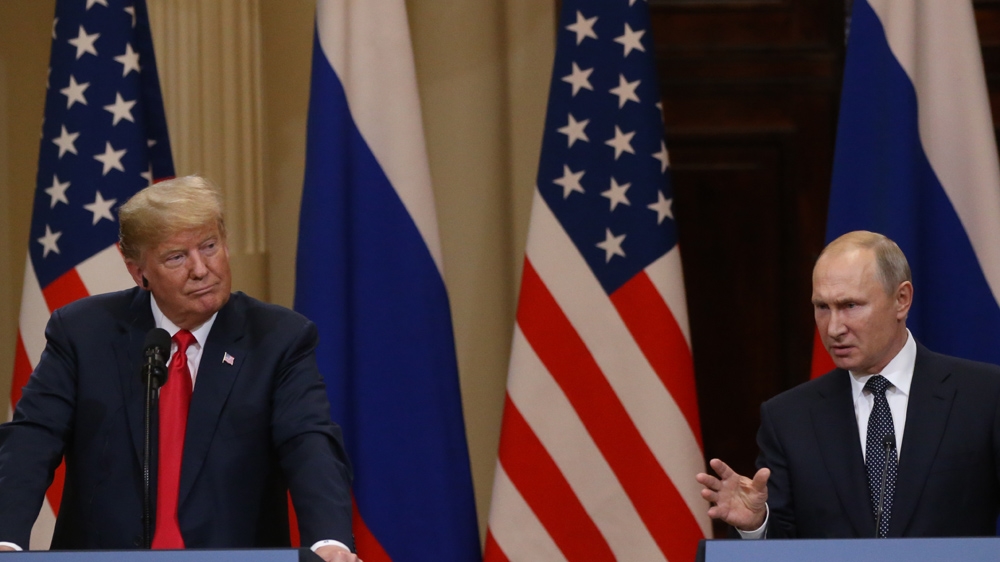 Washington DC – The United States on Friday will formally withdraw from a landmark arms control treaty with Russia, claiming it undermines its national security interests.

The move means that only one, soon-to-expire, arms control treaty between the US and Russia remains, leaving critics of the Trump administration and proliferation experts worried about the potential for a new arms race.

In February, Washington had announced that in six months it would suspend its participation in the Intermediate-range Nuclear Forces (INF) treaty unless Moscow destroyed missiles which the US and its NATO allies alleged that they violate the agreement.

“We can no longer be restricted by the treaty while Russia shamelessly violates it,” US Secretary of State Mike Pompeo said on February 1.

US President Donald Trump later alluded to the possibility of a new treaty, saying, “I hope we’re able to get everybody in a big, beautiful room and do a new treaty that would be much better,” though the specific nature of such a treaty remains unclear.

For its part, Russia denied the US allegations and accused Washington of flouting the treaty itself, before giving notice that it would also pull out of the bilateral agreement.

What is the INF treaty?

Signed in 1987 by US and Soviet Union leaders Ronald Reagan and Mikhail Gorbachev, the INF treaty was meant to eliminate the presence of land-based nuclear missiles and medium-range arsenals between 500km to 5,500km from Europe.

The treaty’s expiration now enables the US to resume development of its own medium-range, land-based arsenal.

Currently, the US military plans to test a land-based cruise missile and a ballistic missile previously banned under the INF treaty between August and November of this year.

US officials say that the treaty’s collapse ultimately resulted from consistent Russian failures to adhere to its terms.

More specifically, the US and NATO wanted Russia to destroy its 9M729/SSC-8 nuclear-capable cruise missile system.

Russia, on the other hand, insists that it complied with the treaty and that the US withdrawal is part of a larger ploy to weaken norms surrounding the use of nuclear weapons.

In a statement on Friday, the Russian foreign ministry blamed Washington for treaty’s demise, saying that the agreement had ended “due to an initiative by the US side”.

Years in the making

Between 2004 and 2005, Russia suggested to the US that since China, North Korea, India, Pakistan, and Iran all possessed medium- and intermediate-range missiles, it might have good reason to leave the treaty.

Without actually exiting, Russia then began the covert development of a cruise missile forbidden by the INF treaty, according to US officials.

Speaking to the Hill, Frank Rose, a former assistant secretary of state for arms control, verification and compliance during the previous US administration, said he saw the INF’s demise as “the latest instalment in a larger story – and that’s the collapse of the US-Russia bilateral strategic stability framework”.

“These arms control treaties have not kept up to the changes to the security environment,” Rose, now a senior fellow at the Brookings Institution, added.

Jeffrey Lewis, a US expert in nuclear nonproliferation and geopolitics, contends the reason for the INF’s collapse is much simpler.

“There are lots of reasons to pull out, but I think in Trump’s case it’s just wanting to look tough. It’s not more complicated than that. It’s wanting to be transgressive,” said Lewis, an adjunct professor at the James Martin Center for Nonproliferation Studies at the Middlebury Institute of International Studies.

Lewis added that because the INF treaty never seriously prevented the US from maintaining its capacity to defend itself with missiles, he could not accept the government’s contention that scrapping the agreement would improve national security.

NATO sided with the US on its withdrawal decision, saying in a statement on Friday that “Russia bears sole responsibility for the demise of the Treaty” and vowed to respond “in a measured and responsible way”.

On Wednesday, NATO Secretary-General Jens Stoltenberg reiterated a call to Russia to comply with the treaty in order to save it, while conceding that the agreement’s termination seemed “imminent”.

He also told reporters that NATO “will do what is necessary to have credible deterrence and defence”, though defence ministers in the 29-member military alliance also maintain that “NATO has no intention to deploy new land-based nuclear missiles in Europe.”

Addressing the Conference on Disarmament on Tuesday, Russia’s deputy permanent representative in Geneva, Andrey Belousov, said the US would soon exit the Comprehensive Nuclear-Test-Ban Treaty (CNTBT), which bans the testing of nuclear weapons.

“It would appear that through propaganda around false claims about Russia’s compliance there are attempts to prepare international opinion for a US exit from the CTBT and then to blame Russia again for everything,” Belousov said.

The expiration of the August 2 deadline means that the US will now have just one arms control agreement with Russia left.

But the New Start Treaty, which limits the number of deployed nuclear warheads Russia and the US can have to 1,550, is also under threat of dissolution, with US National Security Adviser John Bolton declaring in June that Washington was unlikely to extend it past its 2021 expiration deadline.

“The withdrawal [from the INF Treaty] without a follow-on is the invitation for an arms race,” said Senator Bob Menendez, the ranking member on the Senate Foreign Relations Committee.

“Russia will clearly spend money on updating and amplifying its weapons systems.”

While arms control experts are not in complete agreement that Friday’s move will spur a new arms race, they agree with Menendez that allowing for the development of new nuclear weapons is a frightening prospect.

Michael Krepon, the co-founder of the Stimson Center think-tank, said that while he thinks an arms race between the two countries is unlikely due to the US’s ability to vastly spend more than Russia, Washington’s withdrawal from the treaty is “part of the of a much larger and unsettling story of the cutting of the safety net”.

David Wright, a co-director and senior scientist at the Union of Concerned Scientists described the INF treaty as a major diplomatic success that went a long way to making the world safer.

“The fact that the US and the Soviet Union at that point were able to come to an agreement was a tremendous breakthrough. It gave people a lot of hope that even things that seemed like they were sort of insoluble problems between two superpowers locked in the Cold War, there was a way out of that by negotiating,” Wright said.

“If the US pulls out, it’s likely to increase the number of missiles around the world and it’s likely to exacerbate the mistrust between the two countries and the level of spending they put in that’s intended to counter or match what the other side is doing.”