Turkey has twice carried out unilateral offensives into northern Syria against ISIL and YPG The United States has warned that any Turkish... 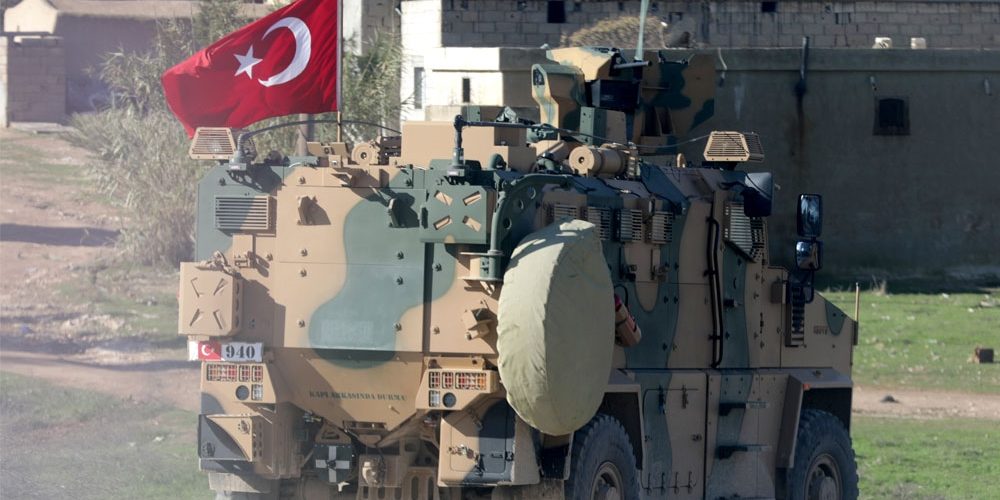 The United States has warned that any Turkish operation in northern Syria would be “unacceptable” and vowed to step up talks to prevent unilateral incursions, as tensions between Washington and Ankara simmer.

On Sunday, President Recep Tayyip Erdogan said Turkey, which already has a foothold in northwest Syria, will carry out a military operation in a Kurdish-controlled area east of the Euphrates in northern Syria against the US-backed Kurdish People’s Protection Units (YPG) that Ankara views as a terrorist group.

“Clearly we believe any unilateral action by them [Turkey] would be unacceptable,” US defence secretary Mark Esper told reporters in Tokyo on a trip through Asia on Tuesday.

“And so what we are trying to do now is work out with them an arrangement to address their concerns and I’m hopeful we’ll get there,” said Esper.

“What we’re going to do is prevent unilateral incursions that would upset, again, these mutual interests … the United States, Turkey and the SDF [Syrian Democratic Forces] share with regard to northern Syria,” the new Pentagon chief added.

Erdogan has threatened an imminent attack in the northeast and he renewed that pledge on Tuesday.

“Turkey has the right to eliminate all threats against its national security… God willing, we will carry the process started with [previous offensives into Syria] to the next stage very soon,” he said in a televised speech in Ankara.

With US backing, the Syrian Democratic Forces (SDF), which includes the YPG, have taken control of much of northeastern Syria from the Islamic State of Iraq and the Levant (ISIL, also known as ISIS) over the last four years.

Esper suggested that a Turkish operation into northern Syria could affect the SDF’s focus on ensuring ISIL did not retake the territory it once held in Syria and the ability of the US-backed forces to hold the thousands of alleged ISIL fighters in detention.

Esper said the US did not have any “ambition” to abandon the SDF, but stopped short of guaranteeing that the US would protect them in case of a Turkish operation.

A team from the Pentagon was in Turkey to speak with Turkish officials about the issue and Esper said he was hopeful that an agreement could be reached with Ankara.

The Turkish-led campaign, which has for months been delayed due to resistance from Washington, is aimed at evicting Kurdish YPG forces from a string of border towns in Raqqa and Hasaka provinces.

Ankara accused Washington of stalling progress on setting up a “safe zone” inside Syria’s northeastern border with Turkey that would be cleared of the Kurdish YPG.

This week, Erdogan said both Russia and the US had been told of the planned operation, but did not say when it would begin.

It would mark the third unilateral Turkish incursion into northern Syria in as many years.

Ties between the two NATO allies have been strained over a host of issues, including the US’s removal of Turkey from the F-35 fighter jet programme after Ankara bought and took delivery of Russian S-400 missile defences that Washington sees as a threat.