In the editorial, the paper urges Japan and major members of the North Atlantic Treaty Organisation to create an environment for disarmament talks. TOKYO... 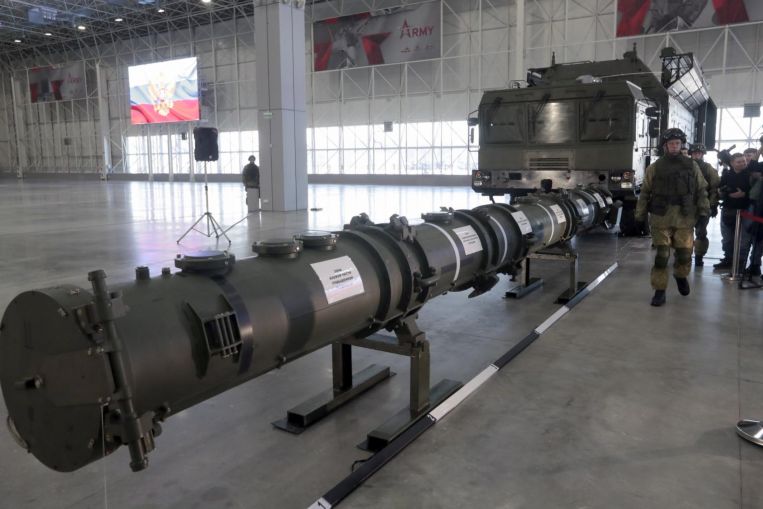 In the editorial, the paper urges Japan and major members of the North Atlantic Treaty Organisation to create an environment for disarmament talks.

TOKYO (THE YOMIURI SHIMBUN/ASIA NEWS NETWORK) – To prevent an arms race in Asia and Europe, it is imperative that the United States, Russia and China establish a new disarmament framework.

The Intermediate-Range Nuclear Forces (INF) treaty between the United States and Russia has expired.

In February, the administration of US President Donald Trump notified Russia that Washington would withdraw from the accord, claiming Moscow’s deployment of missiles was a violation of the pact.

Russia also suspended its obligations under the treaty, which expired six months later.

The treaty, signed by the United States and the Soviet Union in 1987 during the Cold War, stipulated the abolition of ground-launched missiles with ranges between 500 and 5,500 kilometres, thus halting the nuclear arms race between the two countries.

It is regrettable that the United States and Russia failed to maintain the historic treaty, which eased tensions and led to the end of the Cold War.

Following Russia’s annexation of Crimea in 2014, in which Moscow changed the status quo by force, the United States tightened its sanctions against Russia, and the confrontation between the two countries intensified.

The expiration of the treaty can be a reflection of a decline in mutual trust, which serves as a prerequisite for disarmament.

The only framework for nuclear disarmament between the United States and Russia is now the New Strategic Arms Reduction Treaty (New START), which limits the number of strategic nuclear warheads mounted on intercontinental ballistic missiles and other weapons.

This treaty will expire in 2021. How negotiations to extend the treaty will unfold remains uncertain.

What is making the problem more complex is China’s military buildup. Unbound by the INF treaty, Beijing has taken advantage of its position by advancing the development and deployment of medium-range ballistic missiles, envisioning such scenarios as an attack on US aircraft carriers in the western Pacific.

It is understandable that the United States stresses the need for a multilateral disarmament framework including China. The security environment in the world has changed dramatically 30 years on from the end of the Cold War.

Competition to develop technologies for new weapons, such as hyper-sonic missiles, is intensifying.

It is necessary to establish an arms control system commensurate with reality.

While disturbing regional stability through opaque military expansion and intimidating actions, China has repeatedly said it has no intention of participating in disarmament negotiations. As a major power, is that not irresponsible?

There is a possibility that the United States may deploy medium-range missiles in the Asia-Pacific region to counter China. It is important to correct the imbalance in military power and maintain deterrence, but an unbridled arms race should be avoided.

Russia must also refrain from deploying missiles in Europe and the Far East to prevent regional tensions from escalating.

How can an environment be created for the United States, China and Russia to take part in disarmament talks?

Japan and major members of the North Atlantic Treaty Organisation, such as Britain, France and Germany, are urged to take the initiative in continuing to stress the need to build a multilateral disarmament framework.

The Yomiuri Shimbun is a member of The Straits Times media partner Asia News Network, an alliance of 24 news media organisations.