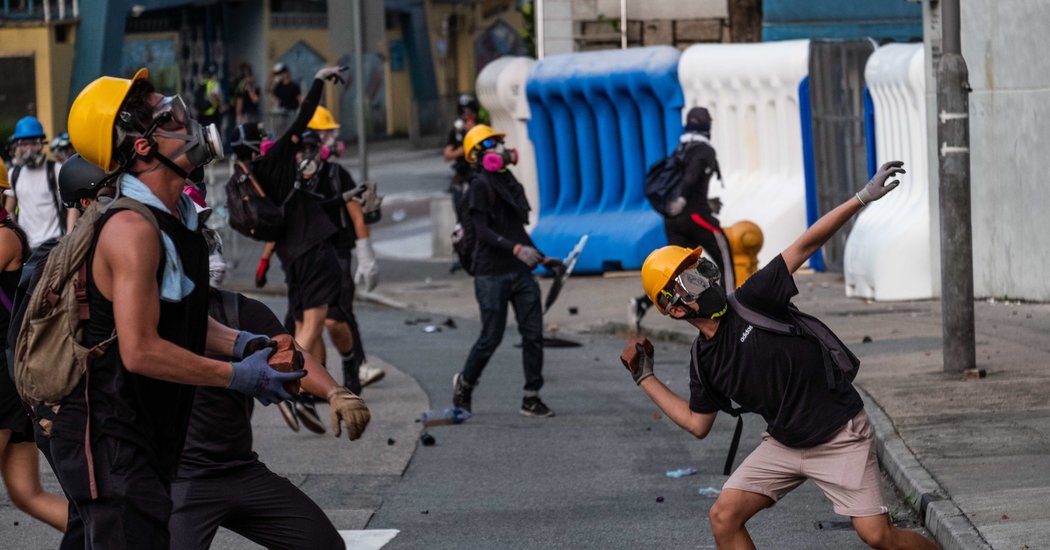 HONG KONG — The United States on Wednesday issued an advisory warning people about traveling to Hong Kong, urging visitors to “exercise increased caution” because of “confrontational” protests in the semiautonomous Chinese territory.

The alert by the State Department comes two days after a general strike and widespread demonstrations shook the city, and as Chinese officials have warned about the continuing unrest.

“Since June 2019, several large scale and smaller political demonstrations have taken place in various areas of Hong Kong,” the advisory warned. “Most have been peaceful, but some have turned confrontational or resulted in violent clashes. The protests and confrontations have spilled over into neighborhoods other than those where the police have permitted marches or rallies. These demonstrations, which can take place with little or no notice, are likely to continue.”

Protests are planned starting Friday at Hong Kong’s airport, which could disrupt travel to and from the city. And the city has been roiled by daily demonstrations that have led the police to fire tear gas, rubber bullets and bean bag rounds at protesters.

On Wednesday, the top Chinese official overseeing Hong Kong affairs said that the city was experiencing its worst crisis since the former British colony returned to China in 1997. The official, Zhang Xiaoming, the director of the Hong Kong and Macau Affairs Office, said the turmoil in Hong Kong “has been going on for 60 days straight, getting bigger and bigger,” and added that violence had been intensifying.

The advisory urged travelers to the city to “avoid the areas of the demonstrations,” “keep a low profile” and “exercise caution if unexpectedly in the vicinity of large gatherings or protests.”