The United Nations and Yemen’s Houthi rebels announced on Sunday an agreement to resume delivery of food aid suspended for six weeks in areas... 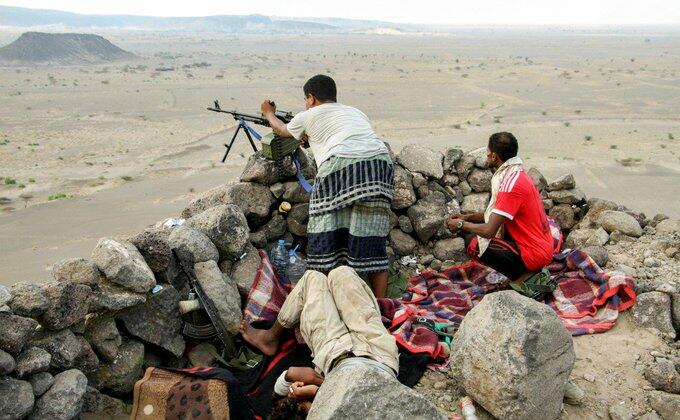 The United Nations and Yemen’s Houthi rebels announced on Sunday an agreement to resume delivery of food aid suspended for six weeks in areas controlled by the group.

The agreement was signed on Saturday in the rebel-held capital Sanaa, Houthi-controlled media said.

The UN World Food Programme (WFP) “signed a high level agreement that is an important step towards safeguards that guarantee the accountability of our humanitarian operation in Yemen”, WFP spokesperson Herve Verhoosel said in an email to AFP.

“We are hopeful that technical details can be agreed in the coming days,” he added.

The agreement includes a biometric database of civilians in need of aid in order to guarantee “effective and efficient distribution” and to “benefit the most needy”, according to the Houthis’ Alsyasiah website.

The agreement also stipulates “total transparency” in the registration of beneficiaries and distribution of aid, it added.

On July 18, WFP head David Beasley announced an agreement in principle was reached with the Houthis to resume food aid to the areas they control.

The UN had suspended deliveries of food aid to rebel-held areas on June 20 following accusations of “diversion of food” meant for Yemeni civilians.

Fighting between the Iran-backed Houthis and government forces aided by a Saudi-led coalition has killed tens of thousands of people, most of them civilians, aid agencies say.

The conflict has also forced some 3.3 million people from their homes and 24.1 million, some 80 percent of the population, is in need of aid, according to the UN.