The secretary general of the United Nations is coming under fire for reports claiming that he is about to extend the contract of a... 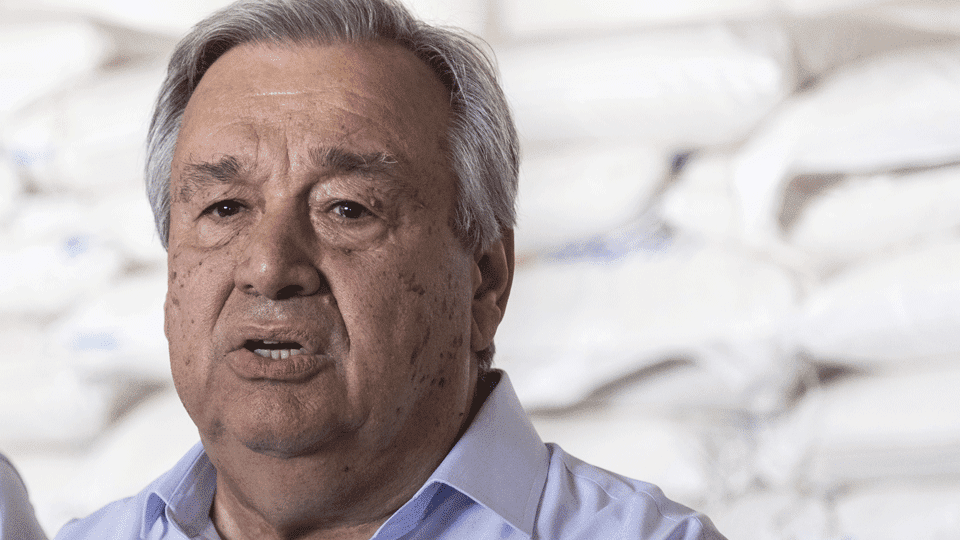 The secretary general of the United Nations is coming under fire for reports claiming that he is about to extend the contract of a top UN official who is accused of sexual misconduct.

Secretary General Antonio Guterres, who claims to have a zero tolerance policy on sexual harassment, is believed to be about to extend the contract of the head of the UN’s peace keeping mission in Western Sahara – the ‘disputed’ desert territory taken by Morocco in 1975 following a Spanish withdrawal, and which continues to be a troubled hotspot, which the UN is failing to resolve.

According to a controversial news website which vociferously reports on UN graft, Colin Stewart, who currently heads United Nations Mission for the Referendum in Western Sahara (MINURSO), is not only accused of sexual harassment in a previous UN post, but is about to benefit from a cover up by the UN boss “to protect another UN official”, Inner City Press reports.

Guterres has only been in his post for two and a half years but is already establishing himself as a champion of double standards and hypocrisy, with a number of cover-ups already under his belt, to protect loyal staff and avoid bad press coverage.

The case involving Stewart, which has been exposed by Inner City Press, is based on allegations against the Canadian former politician who was political director of the Addis Ababa UN office, which is believed to involve a number of young Ethiopian staff members. Stewart, 58, was working there between 2011 and 2016. In December 2017, Guterres announced that Stewart would head the UN mission in Western Sahara.

Guterres is, according to Inner City Press – which his own officials have banned from entering the UN’s New York building for a year for exposing the corruption – as being torn between re-opening the cases against Stewart or sweeping them under the carpet and extending his contract with MINURSO.

The agency blasts Guterres as culpable of “doublespeak, harassment and hypocrisy” as its journalists believe that he plans to go ahead with the cover-up, which is in line with his usual response to similar scandals involving allegations of sexual misconduct. In the New York headquarters of the UN itself, the Portuguese UN chief actually promoted a Chilean official who was also charged with sexual misconduct, to the prestigious job of “special advisor” to Guterres himself.

Matthew R Lee, Editor of the news Inner City Press, was recently roughed up by UN security guards and was banned from re-entering the building (despite working from it for 10 years) simply for asking tough questions and exposing the Stewart case – which he insists is backed up by witnesses in Addis Ababa.

“UN staff who are aware of the charges against Stewart are concerning Guterres — who like his spokesman may be going on vacation for the rest of July — will just haul off and reappoint Stewart. This should not happen,” he told TRT World . “I think it shows the total hypocrisy of the UN, and of Antonio Guterres in particular.”

Lee claims that the sexual harassment case against Stewart, which he exposed is not the main reason why the UN chief had him banned from the UN building. He says that the Guterres wants to make an example of the journalist who has pointed the finger at him and accused him of being involved, still to this day, with the Lisbon-based Gulbenkian Foundation, which was paying him until his appointment as UN chief in January 2017.

Lee, remarkably, claims that unlike previous UN chiefs whose families were tarnished by corruption, Guterres has taken this trend to the next level.

“Under Antonio Guterres, things have gotten exponentially worse,” he says. “I think it is because some of the corruption is personal to Guterres, whereas with Ban Ki-moon [and Kofi Annan] it was about relatives. Ban had a nephew who used the UN to make money – but Guterres took money from the Lisbon-based Gulbenkian Foundation,” he explains.

The Portuguese organisation, although appearing to be philanthropic, also has massive investments around the world and its move in February 2018 to sell its energy firm Partex to the Chinese would incriminate Guterres, because former Hong Kong minister Patrick Ho – who was jailed for three years for bribing African officials at the UN – was believed to be the chief ‘negotiator’ of the deal.

Although the deal didn’t come off, any link made by mainstream media between Ho’s involvement and Gulbenkian would be deeply embarrassing for the UN chief and would probably lead to his resignation.

“Guterres took money from the Lisbon-based Gulbenkian Foundation, including in 2016 for which he omitted the Gulbenkian payments from his financial disclosure form covering 2016,” claims Lee. “This is significant because Gulbenkian sought to sell its oil company Partex Oil to CEFC China Energy, whose Patrick Ho was convicted of UN bribery [including of Uganda’s Foreign Minister Kutesa] in the SDNY Federal Court,” says Lee.

“I think that Guterres is absolutely committed to doing everything he can to conceal his links to UN briber CEFC China Energy through Gulbenkian, by banning the media that exposed and pursues it: Inner City Press.”

On the sexual harassment cases plaguing the UN, which its chief promises to deal with, Lee is equally scathing.

The UN has been plagued by sexual misconduct cases and it has been Guterre’s priority to stamp out the ‘Me Too’ type abuse within the UN. Or at least, that’s what he claims.

In reality, all he did was agree to a staff survey being sent to a chosen number of individuals.

The UN chief commissioned the study in January which questioned over 30,000 employees of the UN worldwide. The survey made the disturbing finding that 12 per cent of over 10,000 cases of sexual harassment reported were carried out by senior (male) leaders in the UN – a crisis of sexual abuse, which draws criticism from one academic who is critical of the UN and an expert on the MENA region who called it “crazy”.

Dr. Simon Waldman, Associate Fellow of the Henry Jackson Society wouldn’t be drawn into commenting on the re-appointment of Stewart but condemned the organisation nonetheless on its ‘Me Too’ darker side.

“Unless UN gets its own house in order, how can it be trusted to set standards anywhere in the world?” he told TRT World. “The UN needs to lead by example.”

“The extent to which the UN and its related bodies effectively deal with cases of sexual misconduct such of these should have an impact on whether donor states should continue to use taxpayers’ money to finance such bodies and missions,” he added.

The United Nations in recent years has also been rocked by a number of huge corruption cases involving its top people – even Guterre’s predecessor Ban Ki-moon’s bid to become president of South Korea was dashed by graft allegations.

Moreover, the United Nations’ own internal investigations office has uncovered “serious lapses and due-diligence failures” according to Reuters, in the world body’s interaction with organisations tied to an alleged bribery scheme involving a former UN General Assembly president.

A 21-page confidential report by the UN Office of Internal Oversight Services (OIOS), reviewed by Reuters in 2016, outlines the results of an audit ordered by Ban in response to charges against John Ashe, former General Assembly president in 2013-2014, and six other people.

It is the biggest financial corruption crisis to rock the United Nations since the Oil-for-Food scandal hit the world body during the tenure of Ban’s predecessor Kofi Annan. UN officials and diplomats said at the time that the 2016 scandal highlighted the need for greater transparency at the United Nations.

The United Nations is currently mulling a recent initiative by the Moroccan government to give Western Sahara autonomy so that it remains part of Morocco but has its own powers and self governs. On July 1, the plan was presented to UN delegates by the Moroccan representation to the UN, at the UN’s headquarters in New York. The seminar was chaired by Marc Finaud, Senior Adviser at the think tank Geneva Centre for Security Policy, who was upbeat about the aspects of Morocco’s Autonomy Plan for Western Sahara, which the Security Council is subsequently preparing to vote on.

An official for the Moroccan government declined to comment when asked about the Stewart case.