UN human rights experts urged the Indonesian government on Monday to ‘recognise the rights of all protesters’ A group of UN... 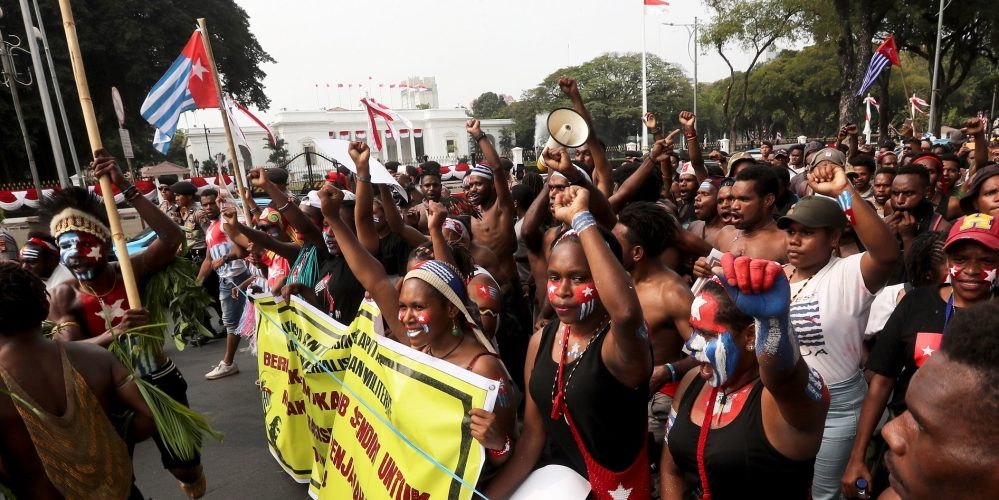 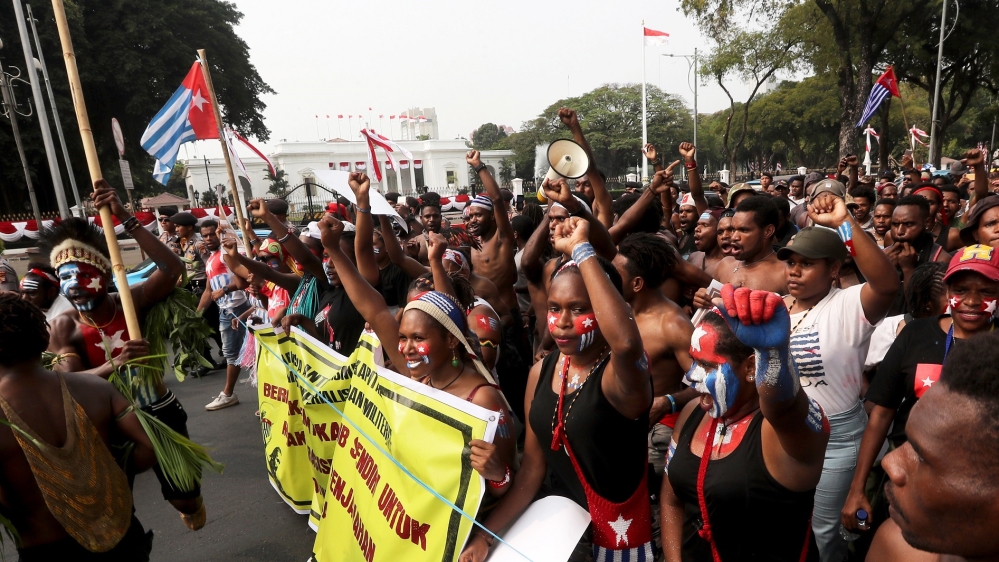 UN human rights experts urged the Indonesian government on Monday to ‘recognise the rights of all protesters’ [File: Bagus Indahono/EPA]

A group of UN human rights experts has urged the government of Indonesia to protect the rights of activists advocating for more freedom in the country’s West Papua and allow unrestricted access to information from the restive eastern region as rumblings for independence continue.

In a statement issued on Monday, UN Human Rights Council officials said restrictions on freedom of expression in West Papua, “not only undermined discussion of government policies, but also jeopardised the safety of human rights defenders reporting on alleged violations”.

“We call for immediate measures to ensure the protection of freedom of expression and address acts of harassment, intimidation, interference, undue restriction and threats against those reporting on the protests,” the experts said.

On Monday, more demonstrations were reported in Yahukimo regency in Papua province, according to a social media post by human rights lawyer and activist, Veronica Koman.

Koman also said that in Yapen Islands Regency, also in Papua province, three people have reportedly been arrested and others “forcibly dispersed”.

Reports in recent days said that several West Papua activists, including Koman, have been rounded up or had arrest warrants issued for them for alleged incitement to violence, spreading false information and other actions directed at the central government in Jakarta.

The government has issued an arrest warrant for Koman, who is currently overseas, and reportedly threatened to cancel her passport, block her bank accounts and request that Interpol locate her.

Two weeks ago, Indonesian news site Tempo reported that at least 20 people had been arrested in West Papua for alleged rioting.

The Civil Society Coalition for Democracy in Indonesia had also told Al Jazeera that eight activists had been arrested, including Surya Anta of the Indonesian People’s Front for West Papua.

Protests have been going on in the West Papua region since the middle of August.

Demonstrations started after a group of indigenous Papuan students in Java island were allegedly racially abused and harassed by authorities during detention.

At times the protests have turned violent and the Human Rights Watch reported that as many as 10 people have been killed.

The government has responded to the protests by deploying thousands of police and the military forces to the region, and shutting down the internet.

Internet connection was later restored, and the officers accused of the racial slurs, were reportedly dismissed or suspended. But the arrest of activists also continued.

In the statement on Monday, the UN experts warned that the protests “will not be stopped by an excessive use of force or by cracking down on freedom of expression and access to information.”

“We urge the Government of Indonesia to recognise the rights of all protesters and to ensure continuation of the internet service,” the experts added, while welcoming the restoration of the of the internet on September 4 in almost all of West Papua region, which is divided into Papua and West Papua provinces.

The region of West Papua was a Dutch colony until the early 1960s when Indonesia took control, cementing its rule later in the decade with a controversial referendum.

The government in Jakarta maintains that West Papua region, which occupies the western half of the island of Papua New Guinea, is Indonesian because it was part of the Dutch East Indies, which forms the basis of the country’s modern-day borders.

A low-level armed rebellion by indigenous Papuans, who now make up about half the population after years of migration by people from other parts of Indonesia, has been rumbling ever since.

In December, violence erupted again after a group of construction workers was attacked by separatist rebels, leaving at least 17 dead and triggering a military crackdown.

Some 35,000 civilians were forced from their homes as the security forces attempted to flush out the rebels from the forested mountains.

According to Human Rights Watch, West Papuans have increasingly become targets of intimidation by “Islamist and nationalist groups” in Indonesia since the formation in 2014 of the United Liberation Movement for West Papua, which is advocating for Papuan independence.