The United Nations’ Committee on the Elimination of Racial Discrimination has demanded that the Palestinian Authority explain its alleged dissemination through official media and... 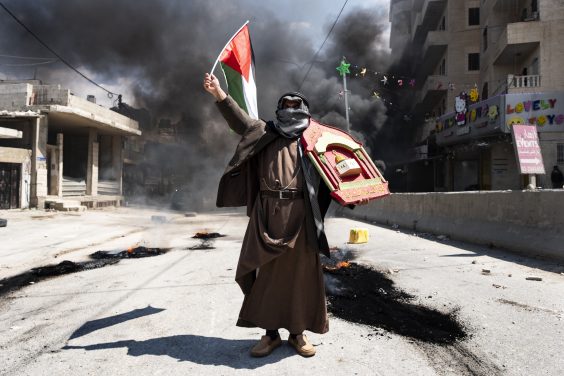 The United Nations’ Committee on the Elimination of Racial Discrimination has demanded that the Palestinian Authority explain its alleged dissemination through official media and school textbooks of “anti-Semitic, anti-Israel prejudice and incitement to hatred.” A committee member noted that, “our convention obliges… parties to adopt immediate and effective measures, particularly in education, to combat… prejudice between different racial and ethnic groups.” Ammar Hijazi, who is leading the PA delegation of over a dozen officials in Geneva, is slated to respond to the accusations on Wednesday. Ahead of the hearing, right-leaning groups such as UN Watch and NGO Monitor briefed the UN body, with a representative of the former claiming the PA “perpetuates anti-Semitic stereotypes such as that Jews are greedy, that they are part of a conspiracy to control the world, that they are baby killers, and that they poison Palestinians and steal their organs.” The individual added that, “the Palestinian media also glorifies and encourages martyrdom in the fight to liberate Palestine from the River to the Sea – meaning to eliminate Israel – and broadcasts songs and videos advocating to kill Jews and Israelis.” The Israeli government has long accused Mahmoud Abbas’ Ramallah-based government of propagating anti-Israel hate speech, which Jerusalem promotes violence. While the PA is not recognized by the UN as a full member state, it has nevertheless signed onto seven human rights treaties, including the one on racial discrimination.