The government will abide by the Supreme Court’s ruling on Parliament’s suspension when the judgement is given this week, the foreign secretary says. Asked... 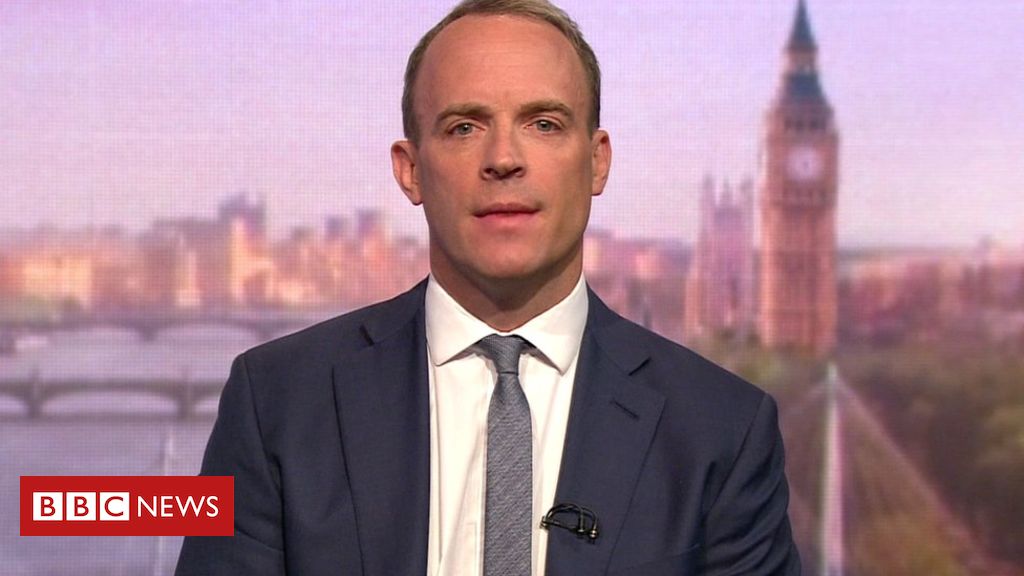 The government will abide by the Supreme Court’s ruling on Parliament’s suspension when the judgement is given this week, the foreign secretary says.

Asked if prorogation would be used again if the PM wins, Dominic Raab said he did not want “to take levers off the table” that weakens the UK’s position.

The ruling on whether the decision to prorogue was unlawful is due this week.

Jeremy Corbyn said he will work with other opposition parties to secure Parliament’s recall if the PM loses.

During a three-day hearing in the Supreme Court last week, the government argued that prorogation was not a matter for the courts.

On the other side, lawyers opposing the suspension sought to prove the prime minister was trying to “silence Parliament” for five weeks – the longest period for 40 years – at a crucial political moment in the run-up to Brexit.

Parliament is due to return for a Queen’s Speech on 14 October – two weeks before the UK is due to leave the EU on 31 October.

Speaking on the BBC’s Andrew Marr Show, Mr Raab said: “Of course we will respect whatever the legal ruling is from the Supreme Court.

“But I think we are getting a little bit ahead of ourselves.”

He said the government was “confident” in its position.

When asked whether Parliament would be prorogued again if the government wins, he said: “I think, let’s wait and see what the first judgement decides and then we’ll understand the lie of the land.”

When pushed on the matter, he added he was “keen not to take levers off the table that weaken the position of the UK in Brussels”.

But Labour leader Mr Corbyn told the BBC’s Andrew Marr Show his party would oppose any attempt to prorogue Parliament again, saying the length of the suspension was “unprecedented”.

“If they [the Supreme Court] decide that Parliament should be recalled, in other words the advice he [the prime minister] gave was wrong, then we would seek to take immediate action in Parliament to prevent him closing down Parliament all the way to 31 October,” Mr Corbyn said.

Meanwhile, European Commission President Jean-Claude Juncker has said there would have to be controls at the Irish border in a no-deal Brexit.

He told Sky’s Sophy Ridge on Sunday: “We have to make sure that the interests of the European Union and of the internal market will be preserved.

“An animal entering Northern Ireland without border control can enter without any kind of control the European Union via the southern part of the Irish island.

“This will not happen. We have to preserve the health and the safety of our citizens.”