The UK government has said it is “deeply concerned” about Iran’s “unacceptable” seizure of a British-flagged tanker in the Gulf. The Stena Impero’s... 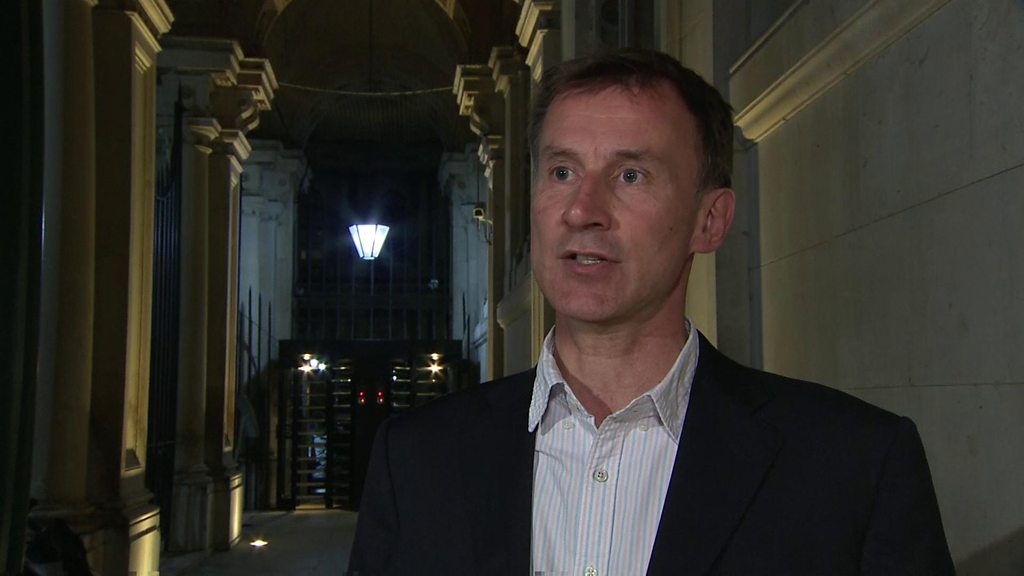 The UK government has said it is “deeply concerned” about Iran’s “unacceptable” seizure of a British-flagged tanker in the Gulf.

The Stena Impero’s owners say they have been unable to contact the ship, which was seized in the Strait of Hormuz, a key waterway in the region.

Foreign Secretary Jeremy Hunt has warned of “serious consequences” if the situation is not resolved quickly.

The Stena Impero was seized on Friday by the Iranian Revolutionary Guard, according to the semi-official Fars news agency.

Stena Bulk, which owns the vessel, said it was in “full compliance with all navigation and international regulations” and was approached while it was in international waters.

Mr Hunt said the tanker had been surrounded by four vessels and a helicopter and was heading into Iranian waters.

There were no reported injuries among the 23 crew members, who are Indian, Russian, Latvian and Filipino, Stena Bulk said.

A second British-owned Liberian-flagged tanker, the MV Mesdar, was also boarded by armed guards but was released.

Its Glasgow-based operator, Norbulk Shipping UK, said communication had been re-established with the vessel and its crew was “safe and well”.

The government’s emergency committee, Cobra, met in Whitehall twice on Friday in response to the crisis.

A spokeswoman told the BBC the government was “deeply concerned about Iran’s unacceptable actions”, saying they “represent a clear challenge to international freedom of navigation”.

“We have advised UK shipping to stay out of the area for an interim period,” the spokeswoman added.

Earlier, Mr Hunt, who attended the Cobra meeting, said the seizures were “completely unacceptable” and “freedom of navigation must be maintained”.

“We are absolutely clear that if this situation is not resolved quickly there will be serious consequences,” he said.

“We are not looking at military options. We are looking at a diplomatic way to resolve this situation but we are very clear that it must be resolved.”

Labour leader Jeremy Corbyn said: “The seizure of these vessels is unacceptable, and the tanker that remains under Iranian control must be released. Escalation risks a slide into an even deeper conflict.”

US President Donald Trump responded to the developments by saying he would talk to the UK.

And US Central Command – which is responsible for Washington’s security interests across the Middle East – said it was developing a multinational maritime effort in response to the situation.

Operation Sentinel will increase surveillance of, and security in, key waterways in the Middle East to ensure freedom of navigation, it said.

The US military said it wants to promote maritime stability, ensure safe passage, and de-escalate tensions in international waters throughout the Arabian Gulf, Strait of Hormuz, the Bab el-Mandeb Strait and the Gulf of Oman, it added.

These latest incidents come amid heightened tensions between the UK, the US, and Iran.

Tensions between the UK and Iran flared up earlier this month when Royal Marines helped seize an Iranian tanker off Gibraltar which was suspected of carrying oil to Syria in breach of EU sanctions.

In response to the seizure, Iran threatened to seize a British oil tanker.

On 9 July, the UK raised the threat to British shipping in Iranian waters in the Gulf to “critical” – the highest level.

A day later, Iranian boats attempted to impede a British oil tanker in the region, before being warned off by a Royal Navy ship, according to the Ministry of Defence. Iran denied any attempted seizure.

Was the tanker crisis avoidable?

Difficult questions will have to be answered by the UK government concerning the decisions that have been taken and the resources available.

Given the highly fragile and volatile situation in the Gulf, together with the desperate need to bolster the flagging Iran nuclear accord, was it sensible to detain a vessel carrying Iranian oil off Gibraltar?

And did the UK respond effectively to the threats from Tehran?

A White House National Security Council spokesman said this latest incident was the second time in just over a week the UK had been “the target of escalatory violence” by Iran.

Iran has been blamed by the US for attacks on tankers which have happened in the world’s key shipping area since May. Tehran denies all the accusations.

Tensions between the US and Iran have risen sharply since the US tightened sanctions it reimposed on Iran after unilaterally withdrawing from a landmark 2015 nuclear deal.

On Friday, the US claimed to have destroyed an Iranian drone in the Gulf.