The UK foreign secretary has continued to warn China not to “repress” violent protesters in Hong Kong. A group of activists occupied Hong Kong’s... 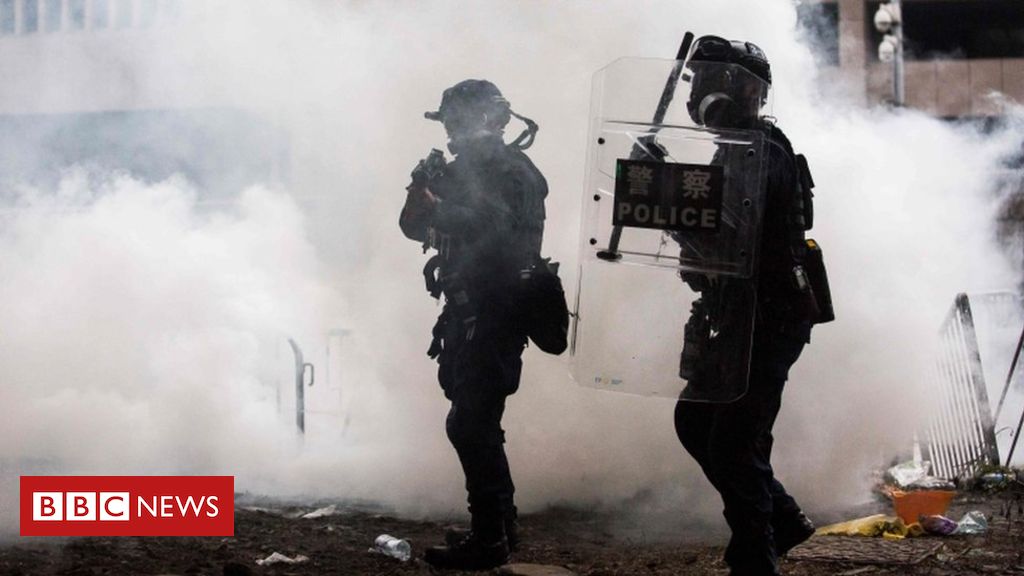 The UK foreign secretary has continued to warn China not to “repress” violent protesters in Hong Kong.

A group of activists occupied Hong Kong’s parliament on Monday over a controversial extradition bill.

Jeremy Hunt told the BBC he “condemned all violence” but said the Chinese government should listen to the “root causes” of protesters’ concerns.

It comes after China warned the UK not to “interfere in its domestic affairs” and labelled the UK “hypocritical”.

Mr Hunt repeated his warning that China would face serious consequences if it failed to honour Hong Kong’s high level of autonomy from Beijing.

“The heart of people’s concerns has been that very precious thing that Hong Kong has had, which is an independent judicial system,” Mr Hunt told Radio 4’s Today programme.

China’s ambassador was summoned to the Foreign Office on Wednesday following “unacceptable and inaccurate” remarks.

Liu Xiaoming said relations between China and the UK had been “damaged” by comments by Mr Hunt and others backing the demonstrators’ actions.

He said those who illegally occupied the Legislative Council building and raised the colonial-era British flag should be “condemned as law breakers”.

He added that it was “hypocritical” of UK politicians to criticise the lack of democracy and civil rights in Hong Kong when, under British rule, there had been no elections nor right to protest.

In response to accusations he had sided with the protesters, Mr Hunt said: “I was not supporting the violence, what I was saying is the way to deal with that violence is not by repression.”

“It is by understanding the root causes of the concerns of the demonstrators, that freedoms that they have had for their whole life could be about to be undermined by this new extradition law,” he added.

Critics have said the extradition bill could be used to send political dissidents from Hong Kong to the mainland.

A think tank analyst branded the diplomatic row as a “very serious flaring up of tensions between Beijing and London”.

Victor Gao, vice-president of the Centre for China and Globalisation in Beijing, called Monday’s occupation of parliament “anarchism” adding “this is to be protested and to be condemned by any government leader with any level of conscience”.

Mr Gao urged the UK to condemn the violence. He said the “crux of the matter” was “the UK no longer has a say in [how] Hong Kong should be run and managed”.

A 1984 treaty between the UK and China paved the way for sovereignty over the territory to pass back to Beijing.

The Joint Declaration, signed by Margaret Thatcher and the then Chinese Premier Zhao Ziyang, set out how the rights of Hong Kong citizens should be protected in the territory’s Basic Law under Chinese rule.

Since 1997, Hong Kong has been run by China under an arrangement guaranteeing it a level of economic autonomy and personal freedoms not permitted on the mainland.

Mr Hunt said: “It is very important that the ‘one country, two systems’ approach is honoured.”

The foreign secretary would not detail what consequences China might face if it did not honour the treaty, but said the UK had “always defended the values we believe in”.