Thiago Santos is one tough dude. The Brazilian tore his ACL, MCL, PCL and meniscus in his left knee during the UFC 239 main... 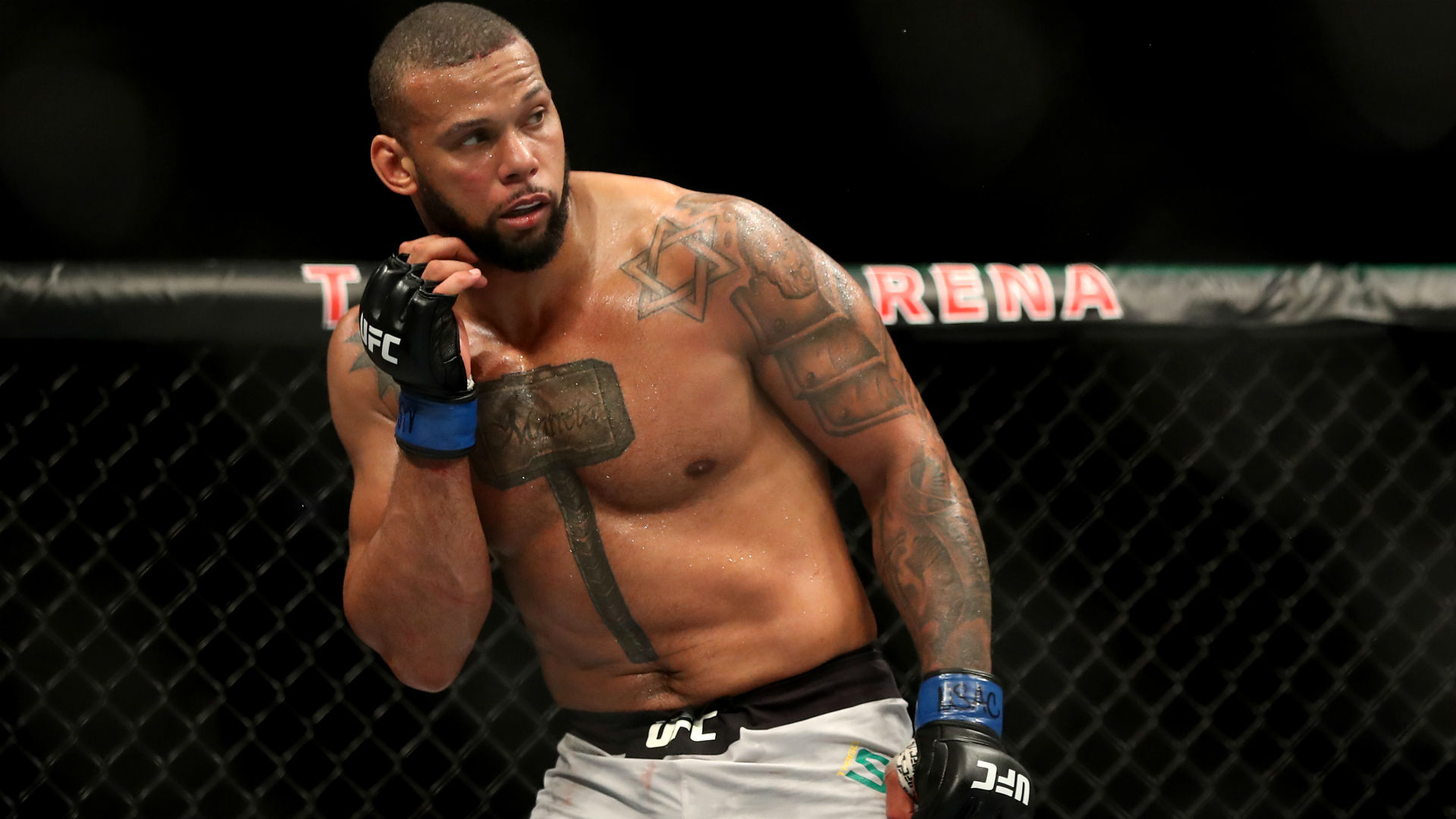 Thiago Santos is one tough dude.

The Brazilian tore his ACL, MCL, PCL and meniscus in his left knee during the UFC 239 main event Saturday in Las Vegas, but still fought through his light heavyweight title bout with Jon Jones, his manager Alex Davis confirmed to ESPN.

Adding insult to injury, Santos’ coach Phillip Lima told ESPN Brazil that the fighter also has a partial ligament tear in his right knee, which had previously been operated on.

Davis added Santos will likely be out for the rest of 2019 and beyond.

Santos, 35, claimed he injured his knee in the first round of Saturday’s fight at T-Mobile Arena.

“The first round wasn’t anything Jon Jones did to me,” Santos told reporters through an interpreter, via USA Today. “I felt the knee go out and it really bothered my fight. Everyone saw I did everything I could fighting on a bum knee and I fought the whole fight like that.”

Santos (21-7) had won four straight fights entering Saturday’s bout with three of those victories coming by TKO or knockout.