8:08 PM ET UFC star Conor McGregor was arrested Monday in Miami Beach for allegedly smashing a person’s phone. McGregor is being charged with... 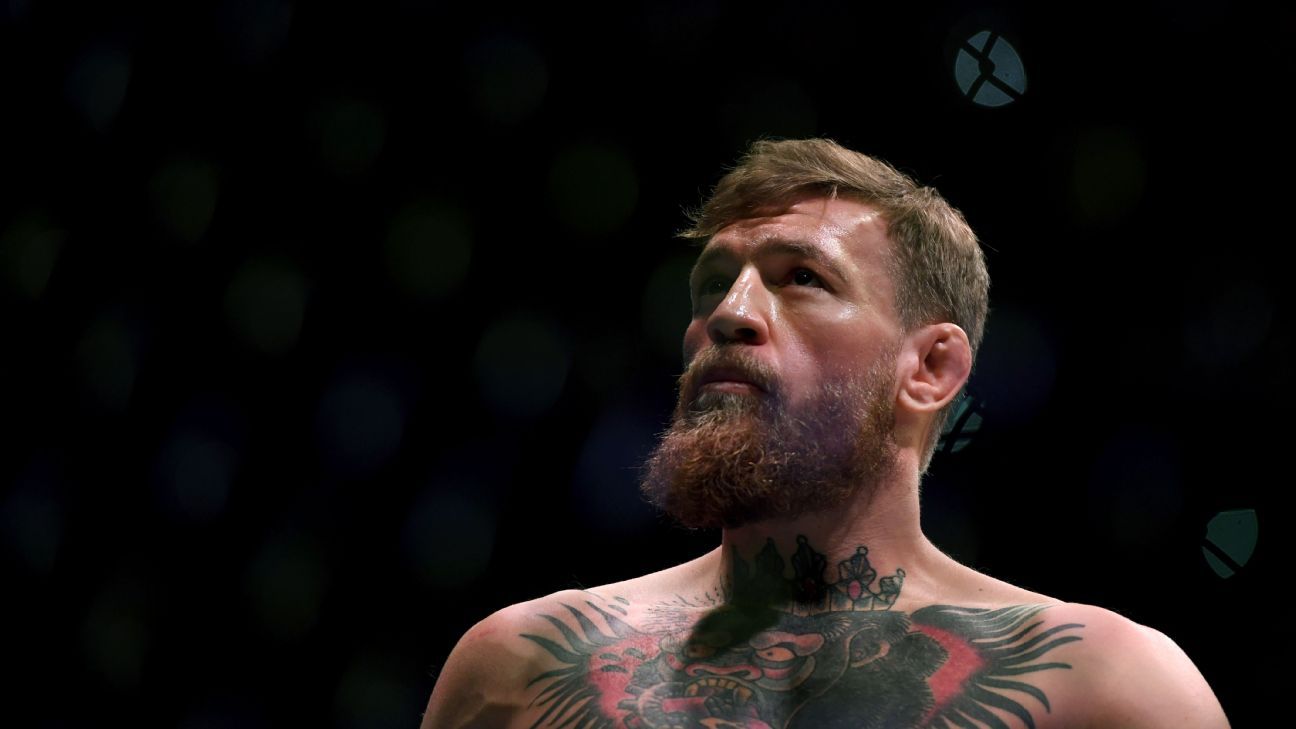 McGregor is being charged with strong-armed robbery and misdemeanor criminal mischief, according to Miami Beach police, after he allegedly grabbed a phone from a man taking photos outside the Fontainebleau Miami Beach hotel at 5 a.m. Monday.

The Miami Herald first reported details of the incident.

McGregor last fought in October at UFC 229 in Las Vegas, where he lost to Khabib Nurmagomedov in a bout that was marred by a post-fight brawl.

Both fighters were suspended by the Nevada State Athletic Commission for their part in the brawl.