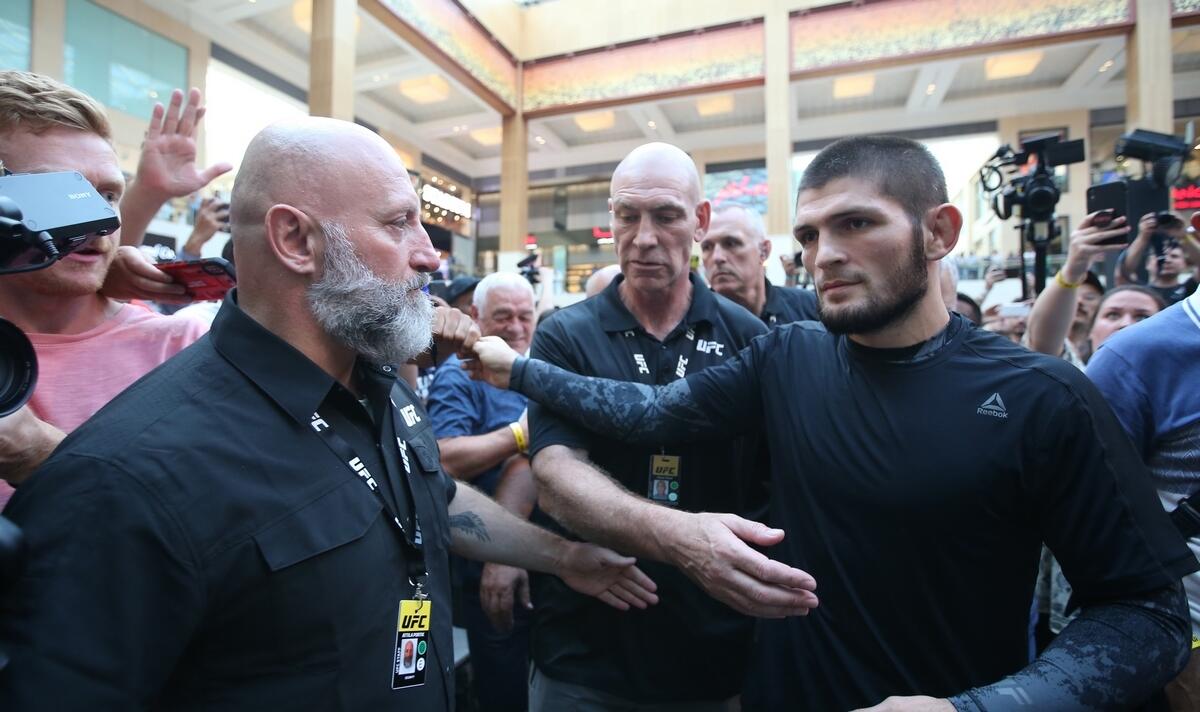 This post was originally published on this site UFC lightweight champion Khabib Nurmagomedov, nicknamed the ‘Eagle’, is hungry and flying in the Capital. During...

UFC lightweight champion Khabib Nurmagomedov, nicknamed the ‘Eagle’, is hungry and flying in the Capital. During an open workout session on Wednesday, ahead of his title defence against Dustin Poirier at UFC 242 this Saturday, Khabib revealed secret behind his unbeaten 27-win run in mixed martial arts.

“In our village, my father (Abdulmanap) had a gym inside the house. Since I was 3-4 years-old, I began working on the mats. More than 25 years, I have trained so hard. And here I am as an undefeated champion. I will defend my title this Saturday, Inshallah,” the 30-year-old said in Yas Mall, Abu Dhabi.

Despite success over top names inside the Octagon, Khabib is not underestimating the interim champion Dustin.

“He is a very tough opponent. He has big experience of 25 fight wins (out of 31). When inside the cage, my plan is to make him tired and make him tap. Inshallah, I will defend this title again.”

Khabib didn’t do any open workouts inside the mall and said he has three more trainings left before weigh-ins on Friday. The Russian underlined that he is focused on cutting weight.

Following a strict diet for long, he is hungry to celebrate on Sunday.

“I want some very good steak with burger and some juice. I really want to eat and am hungry. You know when eagle is hungry, he files and that’s why I am here. I am hungry,” the champion added.

Khabib noted that he has his father, who is also his coach, by his side during the bout at the Arena.

“Inshallah, we are going to show who we are. This is going to be a huge event.”

Meanwhile, his opposite number Dustin is confident about making history this weekend.

“This is a great honour to be here. Two champions will go head-to-head for 25 minutes to find out who the best in 155 pounds is. I want to show the world what I am made of. I want to show my determination, belief and commitment.”

Dustin said ups and downs in his career has made him stronger athlete and he holds ace over Khabib.

“I have learnt lessons in my losses and picked myself up from the ground. Being undefeated (like Khabib) is incredible, especially against the competition he has faced. But I have learnt lessons that he hasn’t yet. There something about picking yourself from the ground time and again and still chasing your dreams. It just can’t be broken and I will not be broken. I am here to make history. I will go out there to do something that is never been done. Not many times in your life do the stars align and the universe gives you an opportunity to truly be great. I have an opportunity to be great and I will find a way to it,” he added.

Source: This post was originally published at Al Bawaba on 5 September 2019 5:24 PM.