Uber’s chief executive, Dara Khosrowshahi, drew a backlash on Sunday after calling the murder of Jamal Khashoggi a “mistake” by the Saudi government, remarks... 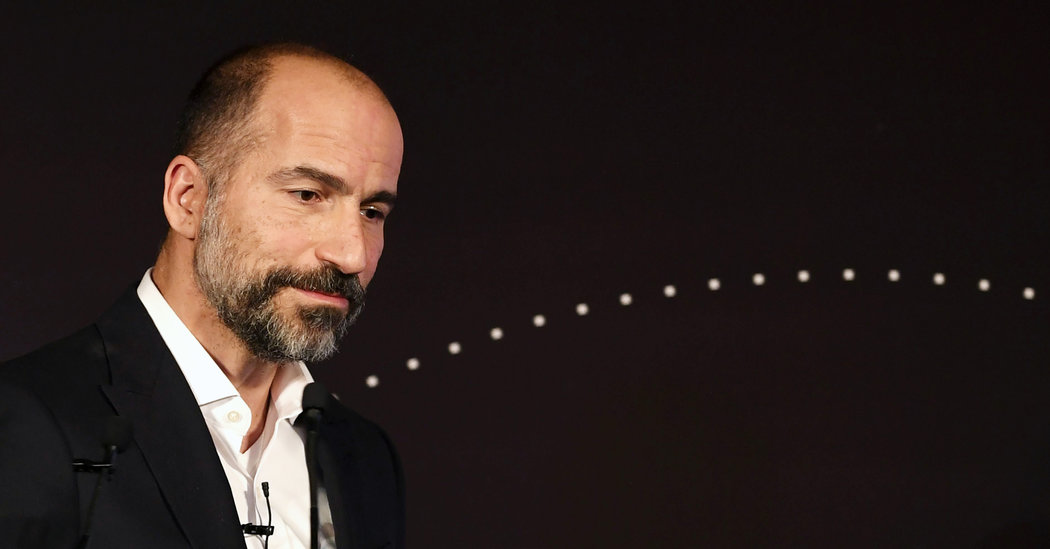 Uber’s chief executive, Dara Khosrowshahi, drew a backlash on Sunday after calling the murder of Jamal Khashoggi a “mistake” by the Saudi government, remarks that he quickly walked back.

“It’s a serious mistake,” Mr. Khosrowshahi said in the interview with Axios, which aired Sunday, after he was asked about the brutal killing last year by Saudi operatives of Mr. Khashoggi, a Saudi journalist. “We’ve made mistakes too, right, with self driving, and we stopped driving, and we’re recovering from that mistake. So I think that people make mistakes.”

Mr. Khosrowshahi retreated from his comments last week — shortly after the interview was filmed, but days before it aired — first in a phone call and then in an emailed statement.

“I said something in the moment that I do not believe,” he said in an email to Axios on Thursday. “When it comes to Jamal Khashoggi, his murder was reprehensible and should not be forgotten or excused.”

Mr. Khashoggi, a critic of the Saudi government who wrote for The Washington Post and was a resident of Virginia, was brutally murdered in October 2018 after he entered a Saudi consulate in Istanbul. The C.I.A. has concluded that the Saudi crown prince, Mohammed bin Salman, ordered the journalist’s killing.

As Axios reporters noted in their interview with Mr. Khosrowshahi, Saudi Arabia is Uber’s fifth-largest shareholder, and Yasir al-Rumayyan, the governor of Saudi Arabia’s Public Investment Fund and the recently named chairman of the state-owned oil giant Saudi Aramco, sits on Uber’s board.

In the interview, Mr. Khosrowshahi compared the death of Mr. Khashoggi to the death of a woman who was struck by one of Uber’s autonomous vehicles last year.

Karen Attiah, an opinions editor for The Washington Post who worked with Mr. Khashoggi, said in a series of tweets on Monday that Mr. Khosrowshahi was “running cover for the Saudi government” and comparing the murder to a technology glitch.

She added that Mr. Khosrowshahi’s comments implied that “if one of @Uber’s main investors kills someone it doesn’t really matter,” adding: “A representative of a murderous regime can still keep a board seat. When you’re rich, your crimes become ‘mistakes.’”

Uber’s stock tanked after it went public in May, and the company has been struggling to prove that it can be profitable. In recent months, Mr. Khosrowshahi has laid off more than 1,000 workers in three rounds of job cuts. He succeeded the Uber co-founder Travis Kalanick as the company’s top executive in 2017.

Dan Primack and Mike Allen conducted the interview with Mr. Khosrowshahi. When Mr. Primack asked him why he had not attended an annual investment conference in Saudi Arabia this year, Mr. Khosrowshahi said that he had attended a company board meeting instead, and that he did not know whether he would have gone if he had been free.

Mr. Primack questioned Mr. al-Rumayyan’s presence on the board, noting Saudi officials’ role in the killing of Mr. Khashoggi.

“I think that government said that they made a mistake,” Mr. Khosrowshahi responded.

“Well, they made a mistake,” Mr. Primack said. “Somebody’s dead.”

Mr. Khosrowshahi then said Uber had also made mistakes with self-driving. He appeared to be referring to the death of Elaine Herzberg, 49, who had been pushing a bicycle across a street in Tempe, Ariz., in March 2018 when one of Uber’s autonomous cars struck her. The accident forced the suspension of Uber’s self-driving car tests in several cities.

After Mr. Primack pointed out that Uber did not “intentionally run somebody over,” Mr. Khosrowshahi said he was not entirely familiar with the C.I.A. report about Mr. Khashoggi’s death.

“I think from a Saudi perspective, they’re just like any other shareholder, right?” he added. “Now we’re a public company. Anyone can invest in our company if they choose to do so, and they’re a big investor — just like you could be a big investor as well.”

“I don’t think I could be as big as the Saudis,” Mr. Primack said.

Mr. Primack later said in a tweet that about an hour after the interview ended, “Dara called my cell to express regret for the language he used vis-a-vis Khashoggi.”

On Monday morning, Mr. Khosrowshahi apologized on Twitter. “There’s no forgiving or forgetting what happened to Jamal Khashoggi & I was wrong to call it a ‘mistake,’” he said.