Uber is Set to Buy its Middle East Rival “Careem” for$3.1 Billion This Week 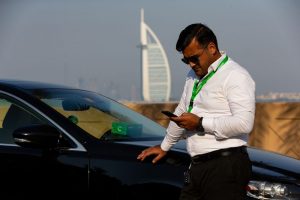 Uber Technologies Inc. is set to announce a $3.1 billion cash-and-share deal to acquire its Dubai-based rival Careem Networks FZ as early as this week, according to people with knowledge of the matter.

The U.S. ride-hailing giant will pay $1.4 billion in cash and $1.7 billion in convertible notes for Careem, the people said, asking not to identified because the talks are private. The notes will be convertible into Uber shares at a price equal to $55 per share, according to the term-sheet seen by Bloomberg.

Shareholders in Careem, whose backers include Saudi Prince Alwaleed bin Talal’s investment firm and Japanese e-commerce company Rakuten Inc., have been asked to agree to the terms of the transaction by Monday evening and a deal could be announced as soon as Tuesday, the people said.

Uber’s acquisition of Careem would come ahead of its imminent initial public offering, which could be one of the New York Stock Exchange’s biggest-ever listings. Uber is expected to publicly file for an IPO in April, kicking off a listing that could value the company at as much as $120 billion, people familiar with the plans have said previously.

Careem was valued at about $1 billion in a 2016 funding round, making it one of the most valuable technology startups in the Middle East. The company has over a million drivers and operates in more than 90 cities in 15 countries, according to its website.

For Uber, a deal would signal its commitment to the Middle East, where one of its biggest investors — a Saudi Arabian sovereign wealth fund — is based.

The acquisition would also be a departure in strategy for Uber, which has used such deals to offload costly overseas operations in exchange for stakes in competitors in the past.