The UAE is known as a tourist hotspot and the latest visa waiver for children under 18, who are accompanying their parents to the... 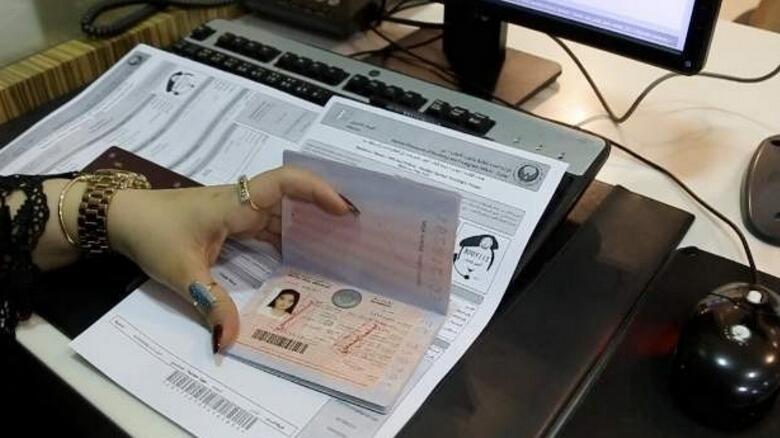 The UAE is known as a tourist hotspot and the latest visa waiver for children under 18, who are accompanying their parents to the UAE, will further boost in-bound tourism to the UAE, according to the travel and tourism industry players.

According to a Cabinet decision passed in July 2018, tourists do not have to pay visa fee for their children while visiting the UAE between July 15 and September 15.

The visa fee exemption is beneficial to children provided they are accompanied by their parents.

The ICA had urged tourists to avail of the visa waiver at the FICA’s e-channels, or via ICA’s smart app: “ica uae echannels”.

Rania Kakos Yazbeck, marketing manager of Omeir Travels, said the visa fee exemption is a shot in the arm for the tourism industry.

“July to September are off-peak season for tourists. So, this move by the government will definitely encourage more families to visit the UAE during the summer months.

“The summer weather is harsh and that makes many people reluctant to travel to the UAE. But if you look at the cost factor, there is no better time to visit. The hotel rates are cheaper. So is the airfare. Adding to it, if parents do not have to pay for their children’s visa, it is an encouragement for tourists,” said Yazbeck.

According to her, the special deals like the newly announced free SIM card on arrival for tourists are all positive measures by the government and will see a positive impact on inbound tourists numbers, especially from China.

Industry experts said there is a steady increase in Chinese and Indian travellers to the UAE.

Orla Lee, VP of Market Management EMEA at Expedia Group, said: “This growth could be driven by various incentives introduced into the region, which include an increase in air capacity by budget carriers from China and India, increased business opportunities, strategic marketing tie-ups and promotional activities. All these factors could be adding to the appeal of UAE to Indian and Chinese visitors.”

According to research by Colliers International ahead of Arabian Travel Market (ATM) 2019 exhibition, the number of Chinese tourists travelling to the GCC was expected to increase 81 per cent from 1.6 million in 2018 to 2.9 million in 2022.

Lauding the visa fee waiver move, Anand Lakshmy, operations manager at International Travel Services (ITS), said the number of families visiting the UAE is expected to increase if the visa fee on children is waived. “The specified period generally see a dip in in-bound tourism, So, any measure by the government to encourage tourism during off-peak season is welcome.

“It is good news for tourists – especially for budget travellers – that during summer months, hotels and entertainment destinations have special deals that offer value for money. This also means more business for the tourism industry stakeholders.”

On the same line, Razi Koya, Business Development Manager at Infinity Travel in Abu Dhabi, said the move will definitely make a positive impact on the inbound tourism in the UAE. “This will benefit families to enjoy the summer promotional rates offered by hotels, tour operators and various outlets in the UAE. Airlines offer attractive fares for inbound passengers during summer months. Along with children’s visit visa fee exemption, tourists have an attractive deal.”

The UAE’s tourism industry is forecast to grow further, thanks to many incentives the government is offering visitors.

Dubai welcomed 4.75 million international overnight visitors in the first quarter of 2019, a two per cent increase in tourism volumes compared to last year, according to the Dubai’s Department of Tourism and Commerce Marketing (Dubai Tourism). Abu Dhabi welcomed 10.27 million international visitors in 2018. The Department of Culture and Tourism – Abu Dhabi (DCT Abu Dhabi) said the hotel guests increased by 3.94 per cent compared to 2017.

The Sharjah International Airport said it registered over 3.156 million passengers in the first quarter of 2019 marking a record growth of 9.56 per cent in passenger growth compared to same period last year.

According to government figures, in 2016, the direct contribution of the travel and tourism sector to the UAE’s GDP was Dh68.5 billion ($18.7 billion) which is equivalent to 5.2 per cent of the total GDP.

The total contribution of travel and tourism sector to employment, including jobs indirectly supported by the industry was 10.4 per cent of total employment which was 617,500 jobs. This is expected to rise by two per cent per annum to 770,000 jobs in 2027 which would be 11.1 per cent of total jobs, read the government-released figures on its website.

Residents have welcomed the visa waiver for under-age children visiting the UAE saying it will be a blessing for their relatives and family members who plan to have summer holidays in the emirates.

UAE resident Ananya Madhavan said she is glad her sister and family planning to visit the UAE in August will benefit from the move.

“My sister has three kids aged 14, 12 and 9. This is a huge saver for them when they come to visit me in August,” said Madhavan, a housewife in Abu Dhabi.

“When I read the news, I called my sister and she was all praise for the UAE government. With each visa for the kids costing around Dh350, it is a huge saving for a family.”

Rajesh Nair, a long-time resident of Abu Dhabi, said the visa fee exemption is good news for people like him who have relatives who are eager to visit the UAE. “I have a big family and many are interested to holiday in the UAE. I am not sure whether the school holidays in India will coincide with the July-September window, but they can definitely plan a visit during the summer months.

“The visa fee exemption for children is definitely an added saver for families who prefer to travel during summer months when hotels and airfares are much cheaper.”