Sara Al Senani could easily be lost in a crowd but there is something really special about her. She is a special needs athlete... 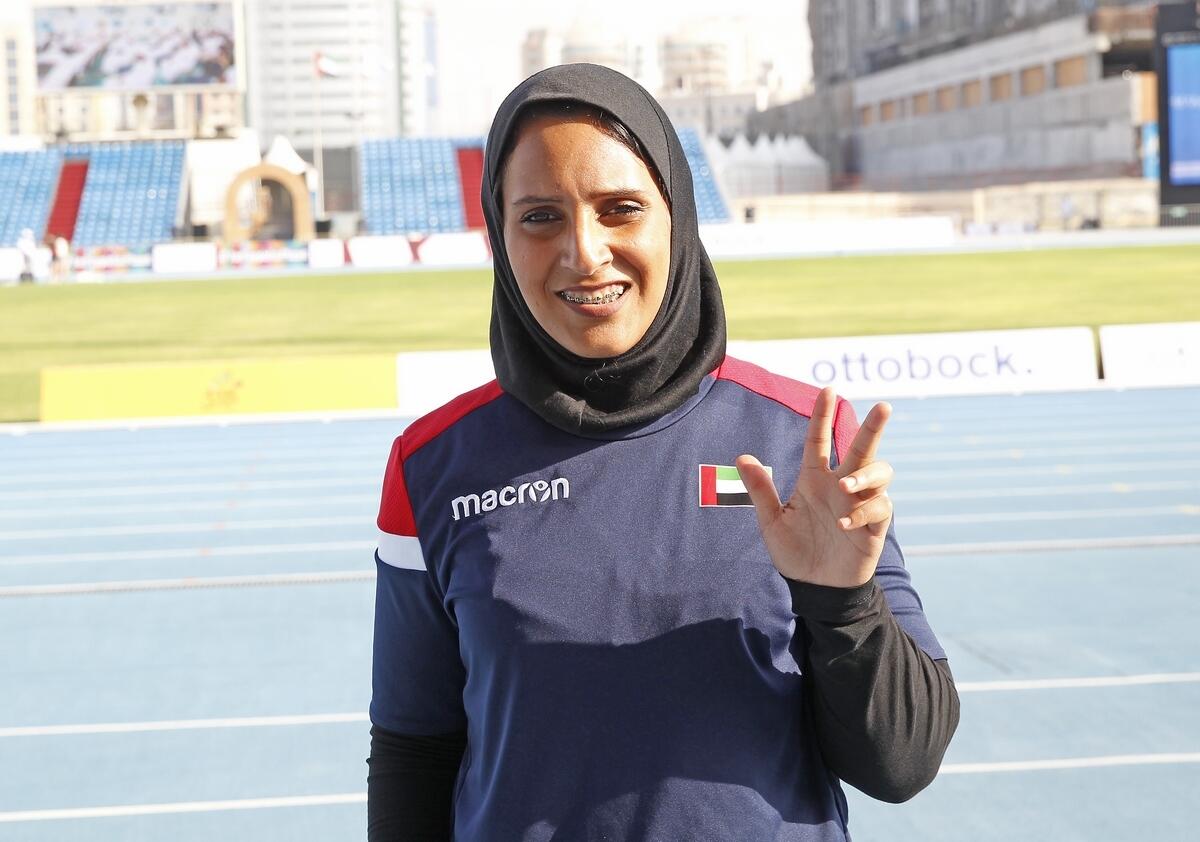 Sara Al Senani could easily be lost in a crowd but there is something really special about her. She is a special needs athlete who has overcome physical challenges and turned it into her strength.

But what’s even more special about Sara is that she is the first and only female Emirati athlete to win a medal at the Paralympic Games.

Sara clinched the bronze in the women’s shot put F33 with a distance of 5.09 meters at the Macarana Stadium in Rio de Janeiro in 2016.

And she hopes that she can translate that into a gold at the Paralympics in Tokyo next year.

Sara will be competing in the World Para Athletics Championships which begins in Dubai on the morrow, to secure her spot to Tokyo. The Championship is one of the qualifying events.

“I began preparations a month ago. I participated in the women’s Gulf Championship in Kuwait. It was a team event and we won gold. I’m so excited about the World Para Athletics and I know there are high expectations,” Sara exclusively told the Khaleej Times.

After her heroics in Rio, the country will be expecting more from her but Sara said that she wasn’t feeling any pressure.”I feel no pressure and I’m quite confident because of the way I have trained. I will give my best for my country,” she said.

Sara, who began competing in 2010, has become something of an inspiration for Emirati women. And she hoped that these budding athletes can bring more laurels to the country.

“I thank God that because of what I did, it has inspired many Emirati women to come forward and take up athletics. They are working hard and I wish them the best and I hope they win medals for the country,” hoped Sara.

Sara has a good enough number of 5.20 metres for Tokyo but she hopes she can better it as things could change. “I think I need to have a better result here to go to Tokyo because there are stronger athletes here. I wish I can translate my bronze into gold in Tokyo,” concluded Sara.

The World Para Athletics Championship takes place at the Dubai Club for People of Determination and concludes on November 15.