GNA leaders told Al Jazeera about the complex workings of the three countries’ support for Haftar An Al Jazeera Arabic investigation has... 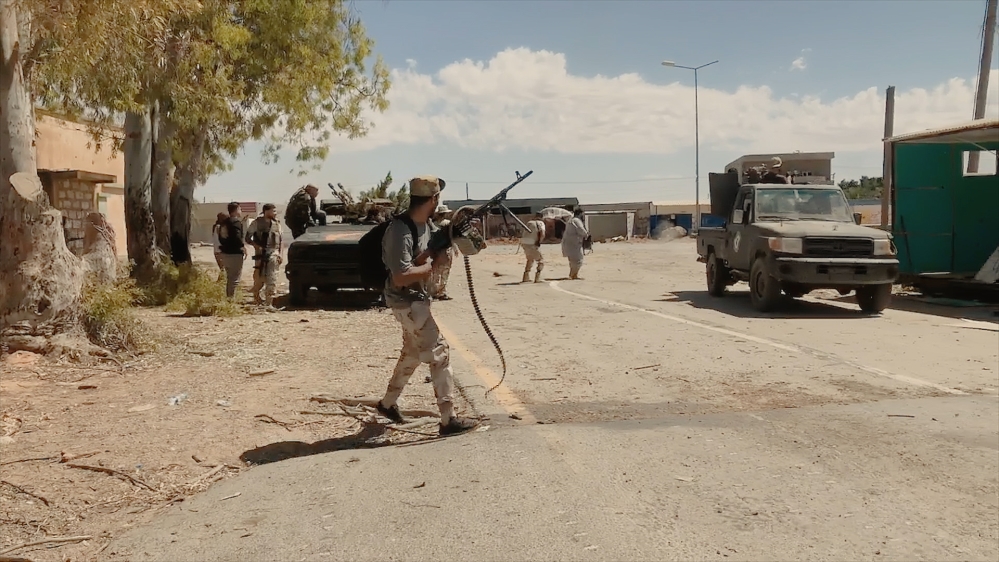 The commander has – since April 4 – waged a months-long offensive against the UN-recognised, Tripoli-based Government of National Accord (GNA).

The Point Blank investigative programme incorporated exclusive documents and interviews with GNA leaders who spoke about the complex workings of the three countries’ support for Haftar and his self-styled Libyan National Army (LNA).

The hour-long Arabic language documentary revealed the existence of secret Egyptian foreign ministry documents dating back to May 26, 2017, implicating Cairo in the facilitation of Sudanese militia deployment to Libya.

It also alluded to warnings by Chadian President Idriss Deby as to the threat posed by the Sudanese militia presence, which according to former Chadian Foreign Minister Ibrahim Hassan Taha, were deployed predominantly in southern Libya.

An Egyptian C-130 military cargo plane was also discovered to have undertaken regular trips to military bases in eastern Libya, the investigation revealed. These are believed to have used satellite jammers to avoid detection as they crossed into Libya territory.

Satellite images obtained by Point Blank, taken in mid-April, showed a large mobilisation of military vehicles in a camp near Salloum, Egypt, the main entry point into Libya.

A new road was also discovered, linking Othman military base in western Egypt to Tobruk, Libya.

A spokesperson for the Egyptian military did not respond to Point Blank‘s request for comment.

Meanwhile, a UN report in May concluded that Chinese-made Wing Loong II drones had likely been responsible for attacks outside Tripoli.

It went on to say the drones could have been operated by a third party, giving rise to speculation the UAE was involved.

Separately from the documentary, US media has in recent weeks reported on Russian mercenaries being deployed to the front lines to assist Haftar’s forces, which are currently unable to break through the GNA’s defences.

In its latest report, the UN said Jordan, Turkey, Sudan and the UAE had regularly violated the UN arms embargo on Libya since 2011.

Ankara supplied the GNA with Bayraktar TB2 drones at a cost of $5m each, a purchase government officials in Tripoli have justified as necessary to defend the city.

“We haven’t received any real support from any of our allies,” Khaled al-Meshri, president of the High Council of State of the GNA, told Al Jazeera.

“In the case of Turkey, we bought weapons legally and with the agreement of the GNA. But to receive free support or support contrary to UN resolutions … This did not happen.”