The UAE Space Agency and Mohammed bin Rashid Space Centre (MBRSC) announced that 85 per cent of the Hope Probe project has been completed.... 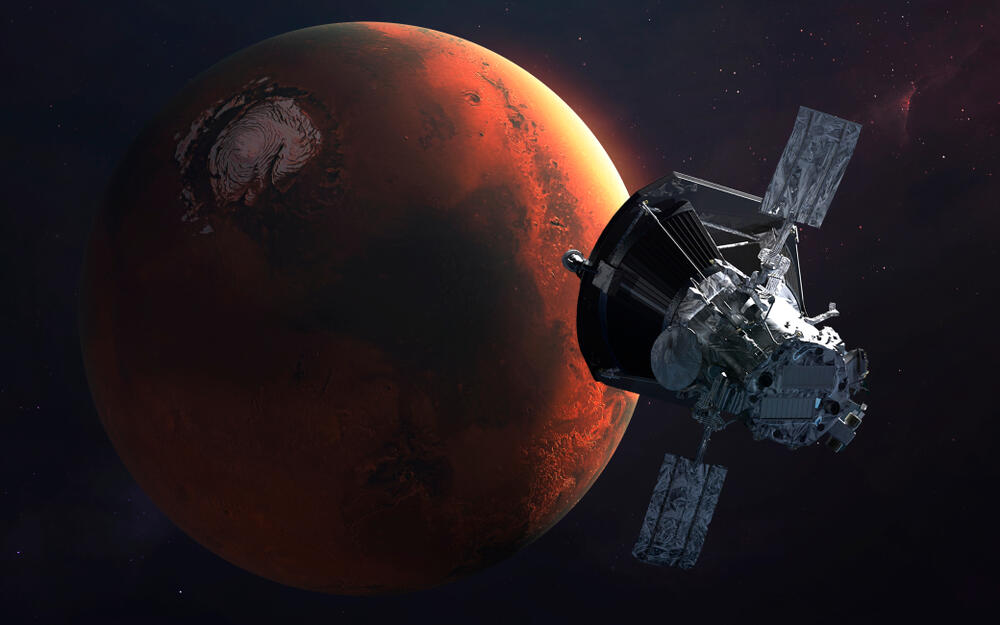 The UAE Space Agency and Mohammed bin Rashid Space Centre (MBRSC) announced that 85 per cent of the Hope Probe project has been completed.

In a joint statement, the two organisations confirmed that most of the main parts of the project have been completed and are currently undergoing intensive testing to ensure every aspect of the Probe is ready for activation a few months before the launch date

The Probe has already entered an intensive testing phase to ensure its readiness before the launch date, with less than 500 days are remaining for the launch. It is planned to reach Mars by 2021, coinciding with the 50th anniversary of the founding of the UAE.

Several aspects related to the design, assembly of the structure, cameras and control have been verified. So far, the Probe’s systems and components, as well as its ability to communicate with the ground station have been checked by the team. The Probe has succeeded in all the tests it has been subject to so far, ahead of the five environmental tests to be conducted on the probe from June to December 2019.

These devices are key to achieving the objectives of the scientific mission, which is a deeper and wider understanding of the Martian atmosphere, and the study of climate change and its relationship to atmospheric erosion, which was one of the reasons for the disappearance of liquid water from the surface of the planet.

Another unique aspect of this mission is that for the first time, a Mars exploration project will be able to take a global picture of the Martian atmosphere. It will do so by taking an integrated picture of the atmosphere throughout the day and for a long period of time, helping to capture data on the planet’s atmosphere in different seasons across the year. This data will be made available to the global community.

Dr Ahmad Belhoul Al Falasi, Minister of State for Higher Education and Advanced Skills and chairman of the UAE Space Agency, said: “The Emirates Mars Mission’s Hope Probe is almost complete. The UAE is on the verge of making history, after turning its dream of becoming the first Arabic and Islamic country to send a spacecraft to Mars into reality. This monumental endeavour is the culmination of the efforts of a skilled and experienced team of young Emiratis, who with the support of the nation and its visionary leadership will secure the UAE’s position at the forefront of space exploration and the international space sector.”

“The UAE, through this ambitious project, has positioned itself amongst the leading countries in the field of space exploration and advanced space manufacturing. The project has so far showcased the level of capabilities and world-class facilities that are available in the UAE. The development and launch of the Hope Probe to Mars would not have been possible without the inspired guidance of the UAE’s leadership, whose trust in, and support of young talented Emiratis has enabled our nation to achieve success across a range of sectors and industries,” added Dr Al Falasi.