Just over three and a half years ago, the United Arab Emirates (UAE) downgraded its relations with the Islamic Republic of Iran.  In doing... 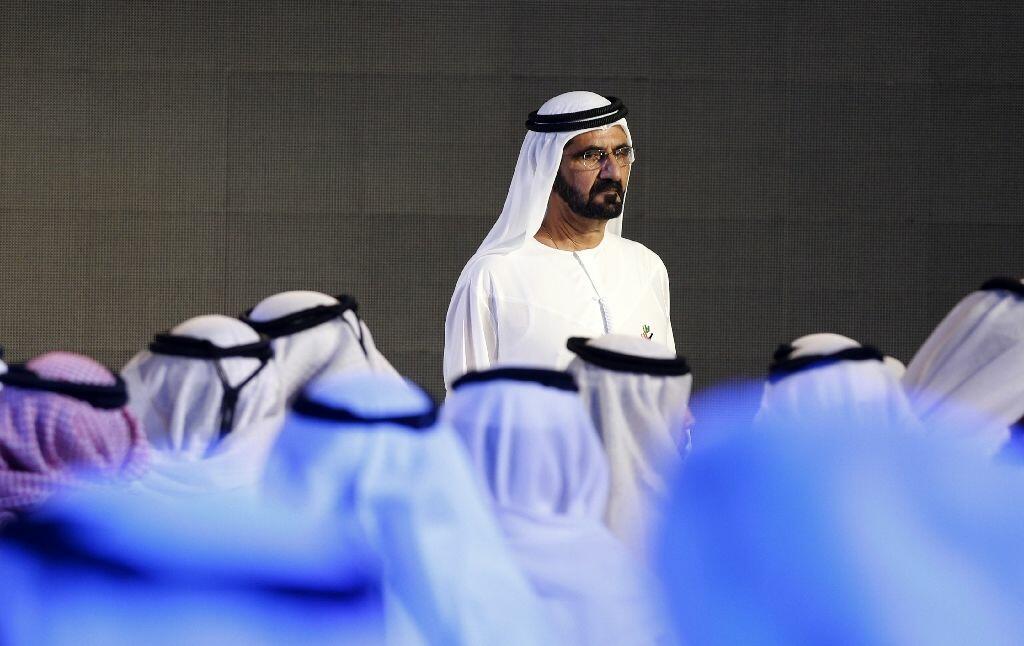 Just over three and a half years ago, the United Arab Emirates (UAE) downgraded its relations with the Islamic Republic of Iran.

In doing so, Emirati leaders reinforced their support for Riyadh in the longstanding Iranian-Saudi rivalry that flared up following the Saudis’ execution of Shia Sheikh Nimr Baqir al-Nimr and the subsequent violence directed against Saudi diplomatic missions in Tehran and Mashhad in January 2016.

The decision to downgrade relations also came ten months after the UAE and Saudi Arabia launched their military operations against Iran-allied Houthi rebels in Yemen.

Throughout Donald Trump’s presidency, Abu Dhabi has strongly supported the White House’s efforts to counter Iranian influence in the Middle East, making the UAE a critical player in the US administration’s “maximum pressure” agenda against Tehran.

In May 2018, Abu Dhabi supported the White House’s decision to pull Washington out of the Iranian nuclear deal and the UAE’s leadership has strongly backed the imposition of US sanctions on Iran that followed.

Since May, Tehran has allegedly carried out low-intensity military actions against the UAE and its interests in the Sea of Oman, such as sabotaging oil tankers, in response to Abu Dhabi’s support for the Trump’s anti-Iranian agenda.

If Iran bears responsibility for recent attacks against tankers in the area, such maritime actions could be best understood as Tehran targeting Emirati and Saudi oil/petrochemical exports to showcase the Islamic Republic’s ability to make Arab Gulf monarchies pay a steep price for backing Trump’s Iran policy.

During the second delegation’s visit, officials from the two countries discussed maritime security against the backdrop of dangerous developments that have made the Gulf’s security environment increasingly tense.

Significantly, this was the first time in six years that officials from Abu Dhabi and Tehran held such a meeting, raising major questions about a possible change in Emirati foreign policy vis-à-vis the Islamic Republic.

An official in Abu Dhabi stated that the July 30 meeting addressed matters pertaining to border security and navigation in waters shared by the countries of the Gulf. He explained that the talks represented “nothing new” and had no relation to political tensions between Abu Dhabi and Tehran. The UAE’s foreign ministry said that the meeting focused illegal entries, illicit activities, fishing, shared borders, and maritime issues in bilateral affairs.

The director of the UAE’s International Security Cooperation Department, Salem Mohammed al-Zaabi, expressed satisfaction with the meeting. As he put it, “The objective behind the meeting is to ensure the safety of UAE citizens, including the country’s fishermen.”

What drove the UAE’s decision to send these delegations to Iran? If Abu Dhabi was extremely supportive of the Trump administration’s efforts to isolate Tehran to the full extent possible, wouldn’t such public engagement with Iranian officials, especially in Iran’s capital, undermine this agenda?

It appears that the UAE is seeking dialogue with Iran to better manage the risks of a major conflict erupting in the Gulf, which would carry extremely dire implications for the UAE’s economic and security interests.

In doing so, Emirati leaders are pragmatically utilising their links with Iran, which have remained open notwithstanding mounting political tension between Abu Dhabi (and other Arab capitals) and Tehran in recent years, to foster badly needed dialogue.

For starters, in early 2016, the UAE (unlike Saudi Arabia, Bahrain, and Sudan) did not completely sever relations with Iran but instead merely downgraded them. By striking this balance, the UAE has kept open its embassy in Tehran while Dubai has continued welcoming Iranian tourists over the past three and a half years.

Although Abu Dhabi drives much of UAE foreign policy, the concerns of Dubai and other northern emirates have tempered the UAE’s policy toward Iran, especially when compared with that of Saudi Arabia. Based on strong economic and cultural ties, Dubai’s links to Tehran have been historically special and markedly different from Abu Dhabi’s relationship with Tehran.

Dubai’s leaders look at their relationship with Iran through a commercial lens, prioritising business relations above politics. Yet the Al Nahyan rulers in Abu Dhabi, who have consolidated their control over the UAE since the financial crash in 2009, view Iran through a security prism.

In this respect, Abu Dhabi’s approach toward Iran is more like the leadership in Saudi Arabia and Bahrain. These fundamental differences between Abu Dhabi and Dubai have complicated the bilateral relationship between the UAE and Iran.

Notably, the ruler of Dubai, Sheikh Mohammed bin Rashid Al Maktoum, welcomed the idea of lifting sanctions on Iran shortly after the interim nuclear agreement was signed in November 2013, leading to strong condemnation from a Saudi government adviser who blasted his comments as “mind boggling.”

Unquestionably, the sanctions imposed on Iran as well as the blockade of Qatar have been received differently in Dubai than in Abu Dhabi. Dubai has suffered financially from both the US-led “maximum pressure” campaign against Tehran as well as the siege of Doha, both of which Abu Dhabi has strongly supported.

At this juncture, the UAE is seeking to take advantage of their channels of communication with Iran to promote dialogue. Doing so, from Abu Dhabi’s perspective, is key to avoiding scenarios that could result in the Emirates being caught in the middle of an international armed conflict beyond any one state’s control – a conflict that would likely be fought, at least partially, on Emirati land and/or in its waters.

Indeed, this meeting in Iran’s capital took place against the backdrop of numerous developments in the region that have concerned Abu Dhabi. The Emirati delegation’s visit to Tehran must be viewed in the context of the UAE’s much reported partial pullout from Yemen.

Also, Abu Dhabi’s cautious response to the tanker attacks off the UAE’s east coast on May 12—refusing to join Washington and Riyadh in explicitly blaming Iran – pointed to Emirati concerns about moves that could result in tension boiling over into a military confrontation that could easily spiral out of control.

While supportive of the Trump administration’s ramped up pressure on Tehran, officials in Abu Dhabi do not want to see a new war break out in the Gulf. As Emirati Minister of State for Foreign Affairs Anwar Gargash said on May 15, “We need to address Iran’s behavior clearly, but at the same time not to be baited into crisis… This is the region we live in and it’s important for us that we manage this crisis.”

This view articulated by Gargash is pragmatic, given that any escalation in the Gulf could severely undermine the UAE’s vital interests. From Abu Dhabi’s perspective, there is incentive to engage the Islamic Republic’s leadership and attempt to de-escalate tensions through a dialogue rather than risk the UAE or UAE-related interests becoming Iran’s future targets.

As Middle East expert Hussein Ibish explained, “If [the Emirati outreach to Tehran] succeeds and builds, perhaps there will be something for Trump to work with. If it fails, that comes at no cost to the UD administration.” If something fruitful can be achieved from this dialogue, the UD could potentially become a major beneficiary.

Trump, who for mainly domestic factors has vested interests in appearing “tough” on Iran yet not bringing war-weary America into a new Middle Eastern conflict, may have seen the Emirati-Iranian meetings in Tehran positively.

The View from Riyadh

In terms of Saudi Arabia, it is not clear how the Kingdom’s leadership views Abu Dhabi’s outreach to the Iranian government. On one hand, it is easy to imagine how the Saudis could see this as further Emirati ‘betrayal’ in the aftermath of the UAE’s partial pullout from Yemen.

This vision inevitably clashes with Riyadh’s interest in preserving Yemen’s post-1990 north-south unity. Furthermore, now that the UAE has redeployed a significant number of its troops out of Yemen, the Saudis face a far more difficult war against the Houthis. The Saudi military, which is markedly less capable than the UAE’s, will need to fight the Houthis basically all on its own.

Saudi media is putting its spin on events and pushing its own narratives
By the same token, Riyadh could see the Emirati-Iranian meetings in Tehran last month as a potential opportunity to see the extent to which Iranian officials might be willing to go to demonstrate their commitment to dialogue.

As Ibish put it: “While this outreach to Iran signals a shift in the UAE’s diplomatic tactics, it is important not to mistake these gestures for a significant change in policy. The same, of course, applies to Iran. But the door between the UAE and Iran, while never fully shut, has been cracked open a bit more and over time, that could enhance the prospects for dialogue between the United States, or Saudi Arabia, and Iran as well.”

In any event, Saudi media is putting its spin on events and pushing its own narratives. As Samuel Ramani explained, media platforms in the Kingdom have emphasised three key points.

First, they’ve stressed that the UAE is not abandoning Yemen. Second, they’ve alleged that any talk of a rift in the Saudi-Emirati alliance comes exclusively from Qatari and Iranian propaganda. Third, they’ve argued that any disagreements between the Kingdom and the UAE are merely tactical, like disagreements that Riyadh has with Cairo and Kuwait City.

In the interest of cooling tensions in the Gulf and across the Middle East, there is some reason to view these recent meetings in Tehran optimistically. But it would be misguided to make too much of them.

Undoubtedly, the UAE and Iran will remain opposing stakeholders in countless regional hotspots from Iraq to Yemen and Bahrain to Lebanon. The two countries’ sovereign dispute over three Gulf islands also remains a major stumbling block to any significant improvement in bilateral ties.

MbZ and those in his inner circle will continue viewing the Iranian regime that has been in power for the past 40 years as a predatory actor that represents an overwhelming threat to the UAE and other Arabian states.

In mid-2010, the UAE’s ambassador to Washington explained the Emirati perspective on Iran’s regime: “I think out of every country in the region, the UAE is most vulnerable to Iran. Our military, who has existed for the past 40 years, wake up, dream, breathe, eat, sleep the Iranian threat. It’s the only conventional military threat our military plans for, trains for, equips for, that’s it, there’s no other threat, there’s no country in the region that is a threat to the UAE, it’s only Iran.”

Abu Dhabi’s narrative about the Iranian threat has not changed over the past nine years. The Emirati delegation’s recent visit to Iran, or any other upcoming diplomatic engagement, will not change the realities that have led to an overall extremely negative relationship between Abu Dhabi and Tehran.

Ultimately, the UAE’s modest outreach to Tehran is not about any Emirati plans for a rapprochement. Rather, the decision to dispatch two delegations to Iran was driven by a realisation of the ways in the UAE stands to gain by reevaluating its strategies for dealing with regional crises that involve Iran.