A federal judge on Friday ordered Iran to pay a Washington Post reporter and his family nearly $180 million in damages after the reporter... 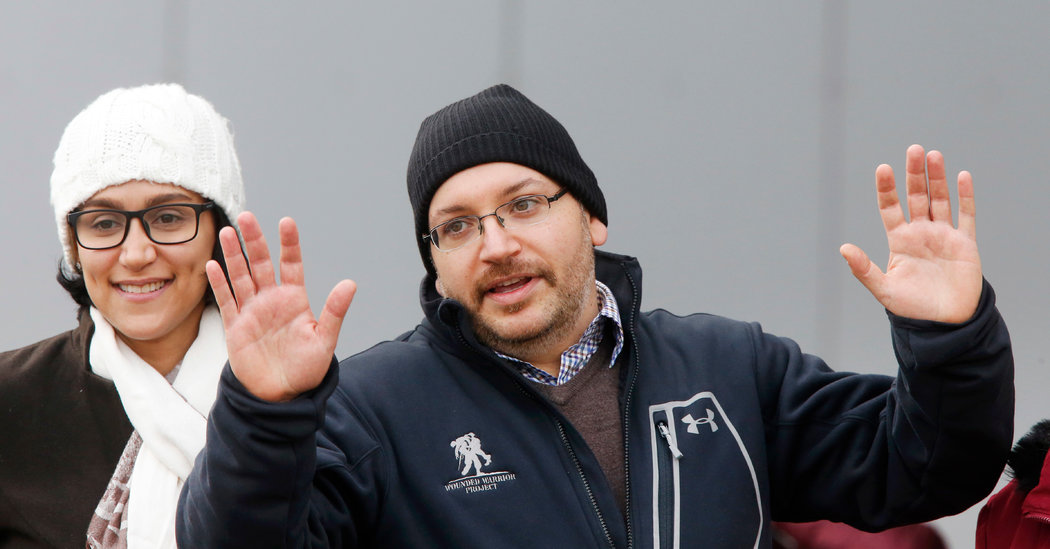 A federal judge on Friday ordered Iran to pay a Washington Post reporter and his family nearly $180 million in damages after the reporter was imprisoned for almost 18 months during which he was psychologically tortured and physically abused.

The judge, Richard J. Leon of the United States District Court of Columbia, jointly awarded $150 million to the reporter, Jason Rezaian, his mother and brother, in addition to their own individual damages, according to a court order filed Friday.

Mr. Rezaian was an accredited journalist for The Post working in Iran when he was arrested on July 22, 2014. He was subjected to solitary confinement, sleep deprivation and aggressive interrogations and was denied basic medical care for illnesses and infections, according to a lawsuit the family filed in October 2016.

The episode began as Mr. Rezaian and his wife, Yeganeh Salehi, left their Tehran apartment to get a taxi to go to a birthday party for her mother.

After the elevator reached the garage in the building, they were met by three masked men, one of whom was pointing a gun at Mr. Rezaian, according to court papers. The men ransacked the couple’s apartment, handcuffed and blindfolded them and drove them to Evin Prison.

Mr. Rezaian was held in solitary confinement in a tiny cell with a piece of carpeting, two rough blankets and no furniture. The lights were kept on constantly. The judge wrote that the food was so sparse that Mr. Rezaian lost 40 pounds in the first 40 days of confinement.

His captors did not give him blood pressure medicine that he had been prescribed since high school, and he has developed pulmonary and respiratory issues that persisted after his release, the judge wrote.

Interrogations were conducted almost daily. Mr. Rezaian was charged with espionage, and a judge accused him of being a spy for the United States and threatened to sentence him to death. Though he was taken to an Iranian court, no verdict was ever rendered, court papers said.

His wife also suffered similar treatment in the prison. Members of the Islamic Revolutionary Guard Corps and Iranian agents “tortured and tormented her for two and half months, virtually all of it in solitary confinement,” according to the suit.

His wife was not among those awarded damages because the particular law through which the claims were made extended to family members who were United States citizens and she was not a citizen at the time the lawsuit was filed, Mr. Rezaian’s lawyer, David W. Bowker, said.

Mr. Rezaian’s brother Ali spearheaded a campaign to get Mr. Rezaian released that consumed his life and cost him about $300,000 in flights, legal expenses and other related costs. Their mother, Mary, had her life uprooted and suffered emotional distress over her son’s treatment, the judge wrote.

Mr. Bowker said that Mr. Rezaian’s detention and abuse were “a totally traumatic thing that will be with him for the rest of his life.”

“Given what he has been through, he and the family are doing remarkably well and are determined to move ahead with their lives,” he said.

The judge’s order was a default judgment that came after the plaintiffs submitted expert evidence and testified in a full trial. The Iranian government put on no defense, Mr. Bowker said. A spokesman for the Iranian government did not return a phone message and email requesting comment on Friday night.

While it is highly unlikely that Iran would pay any damages, they could be paid from a fund established by Congress in 2015 to pay victims of terrorism, Mr. Bowker said. The fund, which has paid out more than $2 billion, was initially created with a federal appropriation and has since been augmented with money collected in sanctions, he said.

Mr. Rezaian is back working full time at The Post, where he is a global opinions writer.

“Our only focus at The Post has been on what was taken away from Jason, which was 544 days of his freedom,” The Post’s executive edited, Marty Baron, said in a statement on Friday night. “His imprisonment and that of his wife Yeganeh were wholly unjustified, and his treatment in one of Iran’s worst prisons was horrifying.”

Joel Simon, the executive director of the Committee to Protect Journalists, where Mr. Rezaian’s wife works as part of its advocacy team, hailed the ruling.

“Anything that raises the cost to Iran of what I call judicial hostage taking is positive for journalists and positive for press freedom,” he said.