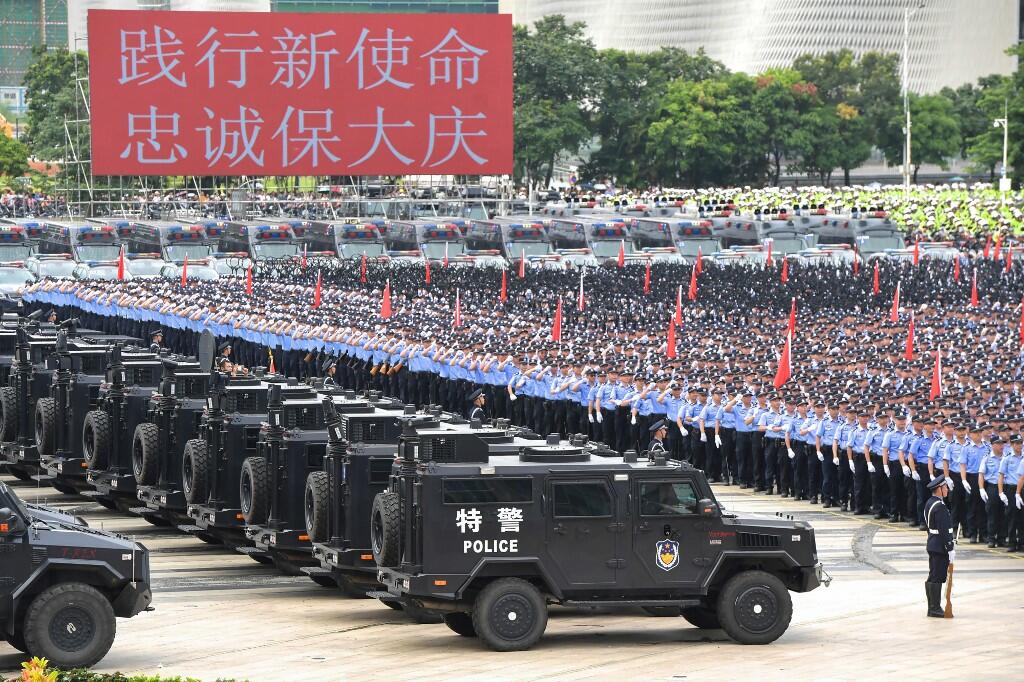 “Our Intelligence has informed us that the Chinese Government is moving troops to the Border with Hong Kong,” Trump tweeted. “Everyone should be calm and safe!”

Hong Kong, an autonomous region, under China’s control since 1997, has witnessed unprecedented protests since early June, against the local government’s since-scrapped move to legalize extradition of suspects to mainland China, Macao and Taiwan.

Protesters’ calls have since swelled into larger pro-democracy demands.

China warned in late July that it made deploy armed forces to the region to quell the anti-government demonstrations.

Riot police clashed for a second straight day with protesters at Hong Kong International Airport where flights have been cancelled since Monday. Multiple arrests were reported after demonstrators barricaded doors with luggage carts and police moved in to clear them from the main terminal, according to multiple reports.

“Many are blaming me, and the United States, for the problems going on in Hong Kong. I can’t imagine why?” Trump added.