WASHINGTON — The authority of peacekeeping forces in southern Lebanon is a matter of annual debate at the United Nations, pitting security concerns against... 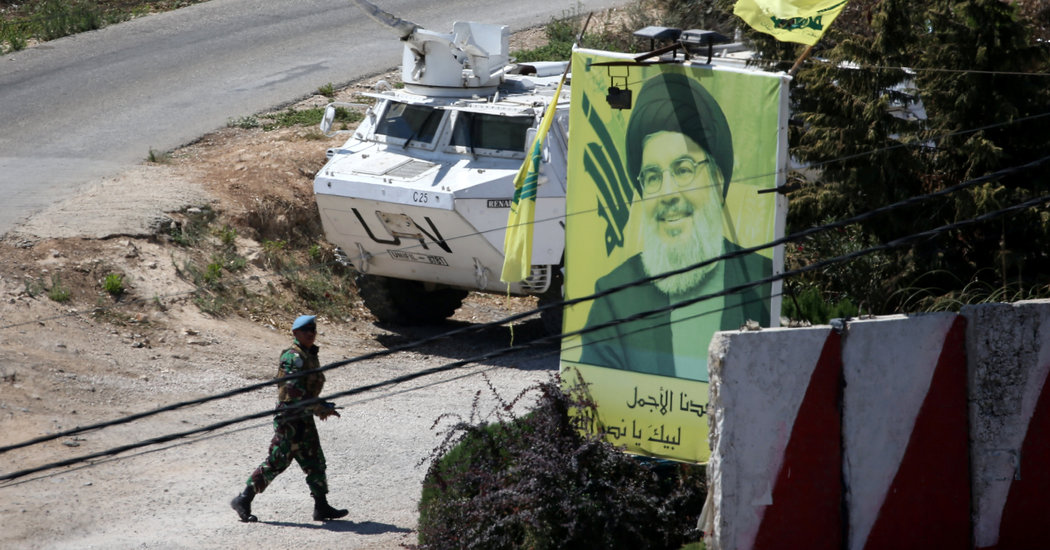 WASHINGTON — The authority of peacekeeping forces in southern Lebanon is a matter of annual debate at the United Nations, pitting security concerns against sovereignty rights. But for the first time in recent memory, the Security Council this year will formally review the size of the forces and allow cuts to be considered when it renews the mission, three officials said on Wednesday.

The issue will be put to the Security Council in a vote on Thursday to extend the United Nations Interim Force in Lebanon, known as UNIFIL, for another year. A draft of the final agreement, which includes the force reduction review, was described to The New York Times on the condition of anonymity.

It is a small but significant concession to American and Israeli diplomats who have for years said the peacekeepers should more aggressively investigate and report Hezbollah activity in southern Lebanon, near the Israeli border. Because the United States and Israel do not believe the peacekeepers have carried out their duties as fully as possible, the countries have pushed for fewer forces, in part as a cost-cutting measure.

Hezbollah, which is backed by Iran, is a political party represented in the Lebanese government as well as a formidable military force. The United States considers Hezbollah a terrorist organization.

Lebanese diplomats, backed by allies in the Middle East and Europe, have long resisted the heightened responsibilities for peacekeepers that could challenge Beirut’s sovereignty and put the international forces at risk.

But two high-profile security episodes in 2018 — the discovery of tunnels into Israel and an attack on the peacekeepers — have raised concerns that Hezbollah militants are going unchecked in southern Lebanon.

Together, the episodes “show why UNIFIL is unable to carry out the mandate,” said Elad Strohmayer, a spokesman for the Israeli Embassy in Washington. He said the draft of the agreement “doesn’t satisfy what we think is necessary to guarantee that UNIFIL operates as it should.”

The Lebanese Mission to the United Nations did not comment on Wednesday.

One Security Council diplomat said the United States pushed for peacekeepers to more vigorously investigate threats by Hezbollah in southern Lebanon, including verifying that the militant group was not violating a United Nations arms embargo.

The Trump administration and Israel also want the peacekeepers to provide more details about their missions, including when their access is blocked by members of Hezbollah, in reports to the United Nations.

In a statement, a State Department official said the peacekeepers’ current mission should “consider and pursue revisions which reinforce success and recognize shortcomings.”

That includes “addressing the threat posed by Hezbollah’s aggressive rearmament,” the statement said, and transitioning responsibility for protecting Lebanon to “capable and credible” government forces.

A second Israeli official said it was unlikely Thursday’s vote would noticeably strengthen the peacekeepers’ authority.

But Israel could join the United States in demanding a review of the number of peacekeepers in southern Lebanon — with an eye toward downsizing the force, the official said, speaking on the condition of anonymity to discuss the delicate diplomacy.

Currently, just under 10,500 peacekeepers are in the area, and the mission allows for as many as 15,000. Diplomats involved in the negotiations said the United States proposed at one point to reduce the number of peacekeepers to about 9,000.

The Trump administration has consistently described Hezbollah as a threat to Lebanon’s security, and its support from Iran has only fueled Washington’s crackdown as part of its maximum pressure campaign against Tehran.

Two weeks ago in Washington, Prime Minister Saad Hariri of Lebanon did not mention the peacekeepers’ mission after a meeting with Secretary of State Mike Pompeo. Nor did Mr. Pompeo, although he praised Mr. Hariri’s “courageous commitment to keep taking full responsibility for Lebanon’s defense.”

Another foreign diplomat familiar with the negotiations said the peacekeepers issue was widely viewed at the United Nations as the latest effort by President Trump to bolster Prime Minister Benjamin Netanyahu of Israel before elections there set for Sept. 17.

It also comes as tensions flare between Israel and Lebanon after strikes on Iranian-backed militia offices in Beirut and eastern Lebanon over the past week. Israel has not claimed responsibility for either attack, but Lebanese officials have accused Israel of violating the agreement that ended the 2006 war between Hezbollah and Israel.