BEIRUT, Lebanon — Two Israeli drones crashed in the southern suburbs of Beirut overnight, and one damaged a media office belonging to Hezbollah, a... 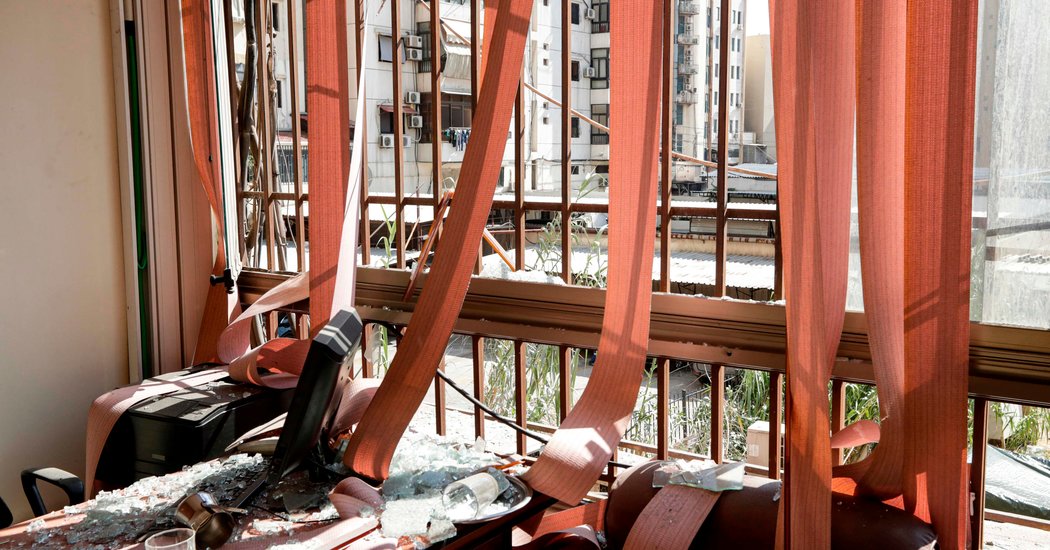 BEIRUT, Lebanon — Two Israeli drones crashed in the southern suburbs of Beirut overnight, and one damaged a media office belonging to Hezbollah, a spokesman for the Lebanese militant group and political party said on Sunday.

The spokesman, Mohammed Afif, said the first drone crashed on the roof of an apartment building that houses the group’s media office but did not explode. About an hour later, a second drone exploded nearby, damaging the building and the media office.

The Israeli military declined to comment on Sunday. The events in Beirut occurred a day after Israeli warplanes struck targets in Syria where, the Israeli military said, Iran had been preparing to attack Israel using explosive-laden “killer drones.”

The Lebanese Army confirmed that one drone fell and another exploded in the capital’s southern suburbs around 2:30 a.m. local time.

“The army arrived immediately and cordoned off the area where the two drones fell,” the army said in a statement.

Mr. Afif said his group had not fired on the drones, but suspected that the second one had been sent to detonate the first after it fell so that it would not be intercepted.

The drone crashes in Beirut, in an area where Hezbollah holds sway, come at a time of heightened tensions across the region between the United States and its regional allies on one side and Iran and the local forces it backs on the other.

So far, the struggle has played out mostly through the diversion of oil tankers, drone attacks and covert strikes on military bases said to be used by the Iranians.

A senior commander for Iran’s Islamic Revolutionary Guards Corps denied on Sunday that Iranian targets had been hit in Israeli airstrikes in Syria, according to the semiofficial ILNA news agency.

”This is a lie and not true,” the commander, Major Gen. Mohsen Rezaei, was quoted as saying. “Israel and the United States do not have the power to attack Iran’s various centers.”

He said no military facilities were harmed, ILNA reported.

Late Saturday, the Israeli military said it had bombed sites in Syria where Iran was preparing to attack Israel with “killer drones” laden with explosives. Israel previously carried out hundreds of such strikes in Syria and more recently bombings of Iranian-linked targets in Iraq.

Over the years, Iran has built a network of allies and militant groups to help advance its interests in Iraq, Lebanon, Syria and Yemen.

The Trump administration has made pushing back against Iran a major part of its Middle East policy, a goal it shares with Israel, Saudi Arabia, and other regional powers.