The move coincides with the UAE’s Year of Tolerance ethos, Twitter said, adding the policy had been put together after “months of conversations and...

The move coincides with the UAE’s Year of Tolerance ethos, Twitter said, adding the policy had been put together after “months of conversations and feedback” from the public, experts and its own teams. 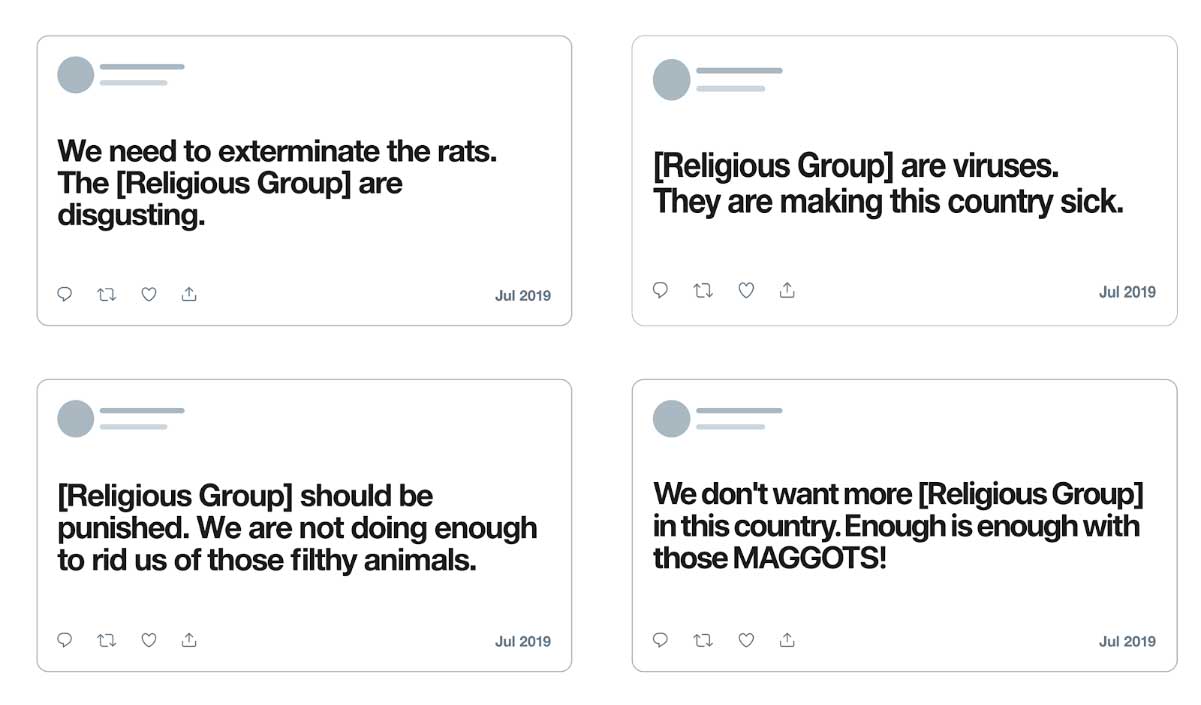 Taking effect on Wednesday, the policy covered content that dehumanises others based on their membership in an identifiable group, even when the material does not include a direct target.

Defining ‘dehumanising’ on its blog, Twitter said: “Examples can include comparing groups to animals and viruses (animalistic), or reducing groups to a tool for some other purpose (mechanistic).”

An identifiable group is defined as any group of people that can be distinguished by their shared characteristics, such as their race, ethnicity, national origin, sexual orientation, gender, gender identity, religious affiliation, age, disability, serious disease, occupation, political beliefs, location or social practices.

Such tweets, it stated, will be removed from the platform when they’re reported.

Some of the examples of posts that Twitter stated would be removed were: “(Religious groups) are viruses. They are making this country sick”; “We don’t want more (religious group) in this country. Enough is enough with those …”

If reported, existing tweets that violate the rule – which were posted before July 10 – need to be deleted, but will not directly result in account suspensions.