See it? Tweet it! Our updated camera is just a swipe away, so you get the shot fast. Rolling out to all of you... 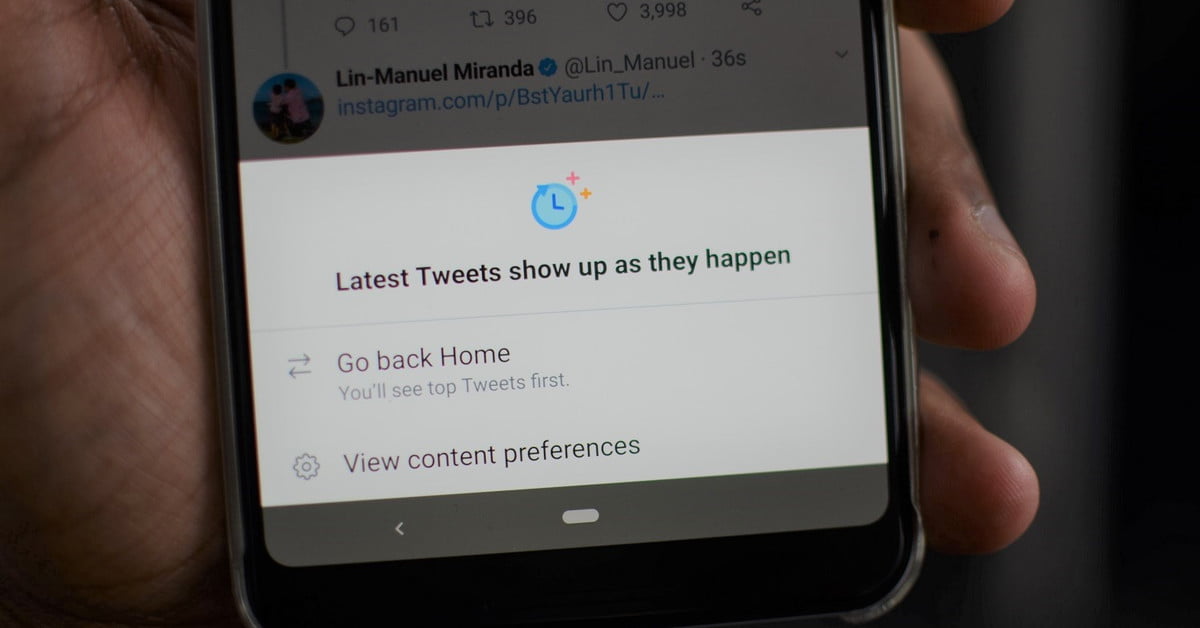 See it? Tweet it! Our updated camera is just a swipe away, so you get the shot fast. Rolling out to all of you over the next few days. pic.twitter.com/moOEFO2nQq

Twitter wants to make sharing photos and videos just as in the moment as that text tweet. Rolling out over the next few days, Twitter’s new in-app camera gives photos more impact with a unique format and extra tools, compared to the content uploaded later from the camera roll. Think of the updated design as Twitter’s “what’s happening” in pixel form.

The update is designed to help users tweet images as well as videos quickly — a simple swipe towards the left immediately brings up the in-app camera. That eliminates a few steps from the app’s current camera mode, where users have to hit the compose button, then the camera button to bring up the tool.

But Twitter is also setting those in-app images apart from those shot first and shared later. Images shared from the new in-app camera use a colored bar containing the location and caption. Users are prompted to add text to the image with the same “what’s happening” prompt as a text-only tweet. The app will also use location data to suggest tags for events, which could potentially help the increase the image’s exposure for others following the event.

While Twitter is often considered as a microblogging platform, unlike image-centric networks such as Instagram and Snapchat, the network has its own share of images, some reaching viral status. Critics say the design and easy swipe access feels too much like Snapchat and Instagram, but Twitter has always been known for the network’s immediacy, which is the focus of the new in-app camera.

Twitter is launching the feature while trying to stay true to the platform’s roots as a network for sharing what’s happening now. In a tweet announcing the new camera, the platform shared a short video called “how to capture what’s happening,” in a nod to that “what’s happening” that appears in the text box of a new tweet.

Twitter has been rumored to be working on a camera update and finally shared the new feature during the South by Southwest Conference & Festivals in Austin, Texas, on March 13. Anonymous sources last year suggested a camera-focused update that would allow one-tap camera access, though also hinted at the possibility of the app opening straight to the camera, which the update doesn’t do.

Twitter says the camera update will begin rolling out over the next few days.