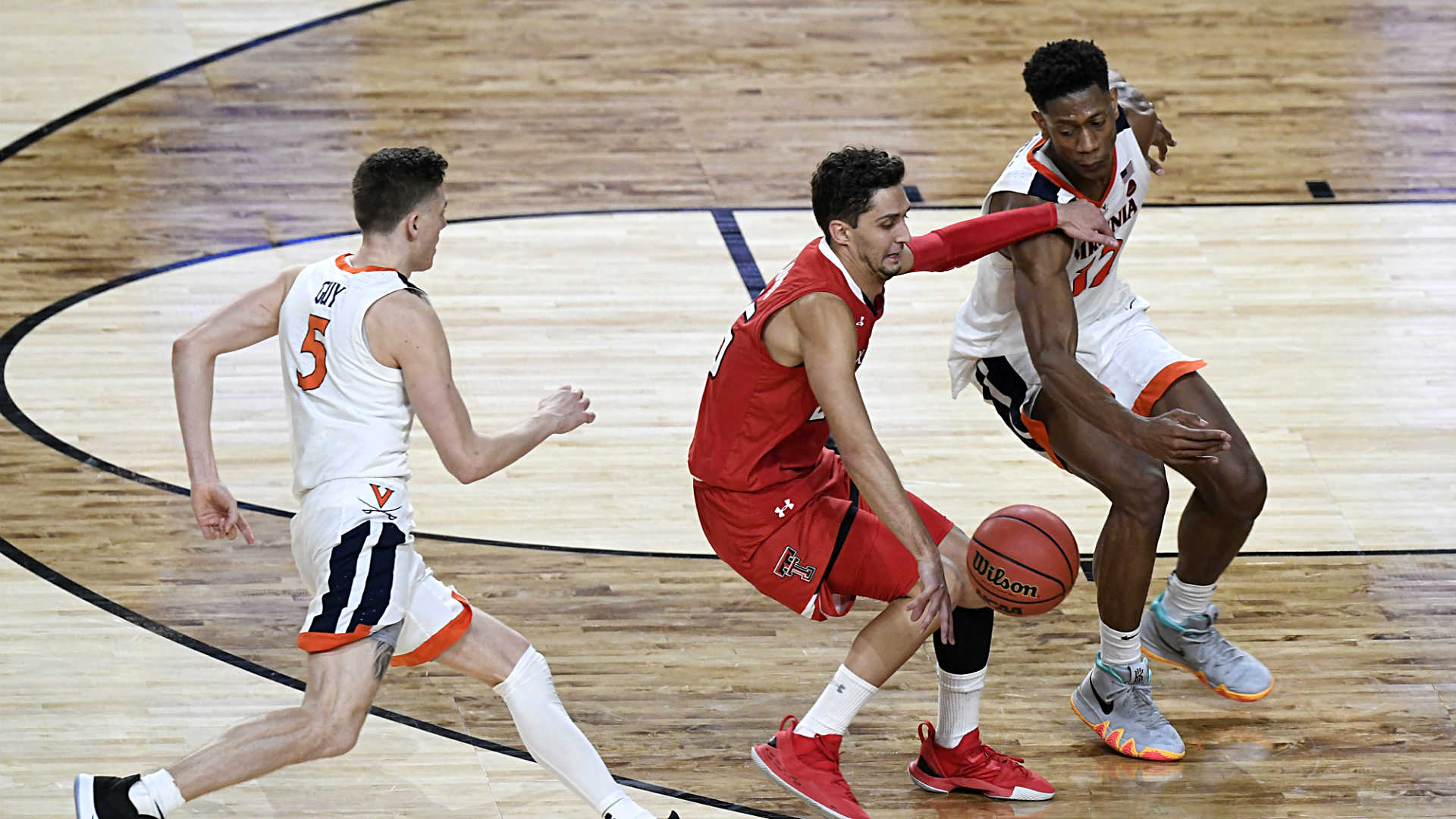 Though the 85-77 overtime score suggests the Cavs won handily, Texas Tech led by as much as three in overtime before Virginia scored five straight to make it 75-73. Texas Tech’s Davide Moretti then got a defensive rebound, taking it up court before refs ruled Virginia’s De’Andre Hunter knocked the ball out of Moretti’s hands and out of bounds. Replay, however, showed Moretti was actually the last to touch it.

Virginia used the overturned call to continue its scoring run, which ballooned to 13 before Tech could get back on the board. While the call was technically correct, many argued it would have stayed with Tech in any other situation. Others said it said it violated the spirit of replay, which is to correct egregious calls, not take a microscopic look of a play, frame by frame.

Nothing can change the fact Virginia is the champion of the 2018-19 season. But that doesn’t mean Twitter didn’t have a lot to say about the call.

Video replay review. To Texas Tech. In 2003, that ball would have stayed with TT. In the first 38 minutes tonight, same thing.

Hate when refs use replay to overturn 55-45 calls.

That is entirely against the spirit of replay. It was knocked out by Hunter but with super duper slow motion it comes off the hand of the Tech guy. That’s silly.

I know twitter will hammer me for this but it doesn’t feel like replay was put into place to dissect the pinky finger tip off a ball in super slow mo zoom view.

My complaint about really replay in all sports: correct obvious injustices. Don’t split the atom.

Btw I did not like that reversal on the replay. Diakite knocked it out. Full stop.

Every sport should have a shot clock on replay. If you can’t see that you got it wrong in 30 seconds, then it’s not obvious, so don’t overturn it.

And that’s just because it’s an instant computer generated image that we all inherently trust & immediately move on.

In every other sport it’s made the product markedly worse for the consumer.

This is why replay just sucks. You can’t overturn the obvious foul that caused the situation you’re reversing.

This is the second most stupid use of replay in sports (after stolen-base plays where a guy loses contact with the base for a second).

This is the absolute worst use of replay.

When you knock a ball out of a player’s hand and out of bounds, it should be ball to the offense. I don’t like using replay to parse whether the guy’s fingers lingered on the ball for a split second. C’mon.

Great game. Shame it was so impacted by a terrible unnecessary replay.

The refs are going to give the ball to Virginia because of absurd usage of replay. Guy commited a foul and there was no call. Officiating is just a cess pool.

One atom of his hand grazed the ball in someone only visible at huge magnification and slowed down so we overturn the entire thing. And there was a foul on the replay, which isn’t reviewable. Replay has made the game worse. https://t.co/PRxq1QO1RA