Turkish President Recep Erdogan’s dream of occupying northern Syria is coming true, and it could have fatal consequences for Turkey. With U.S. President Donald...

Turkish President Recep Erdogan’s dream of occupying northern Syria is coming true, and it could have fatal consequences for Turkey.

With U.S. President Donald Trump’s blessing, Turkish troops and its auxiliary forces in the Free Syrian Army (FSA) have begun pushing into Kurdish-held northern Syria. The Kurdish-led Syrian Democratic Forces (SDF) are now locked in an existential battle they have tried to prevent or delay since Erdogan first began occupying areas of northern Syria 2016.

The assault has been widely condemned by world leaders and U.S. politicians alike, who deride it as a historic betrayal by Trump against the U.S.’ most trusted allies in the fight against ISIS, and a move that could throw Syria into yet another period of unhinged geopolitical chaos.

Beyond these immediate concerns, there lies the issue of ISIS prisoners.

Currently, thousands of captured ISIS fighters are being held in makeshift prisons supervised by Kurdish forces. Trump has called for Turkey to take over the duties of manning the jails.

The move would give Erdogan yet another bargaining chip to leverage over the Middle East and Europe, while handing him a volatile group of radicals who could begin their indignation against him, making Turkey a potential target for future strikes.

Prisons are often sites of radicalization. Most of ISIS’ senior leadership were housed together in a U.S.-operated prison in Iraq called Camp Bucca. There, they spread their worldview to other inmates, garnered a hardcore following and organized themselves to form an effective fighting group once they were released.

At best, Turkey would physical center itself as a primary antagonist in ISIS’ eyes. At worst, Turkey could be facilitate a series of prison breaks while warring parties forgo the prisons for the frontlines. Already, reports are surfacing that some of the jails’ units are being deserted by Kurdish forces as they speed towards the border with Turkey and escapees rioting in the notorious Al-Hol camp. 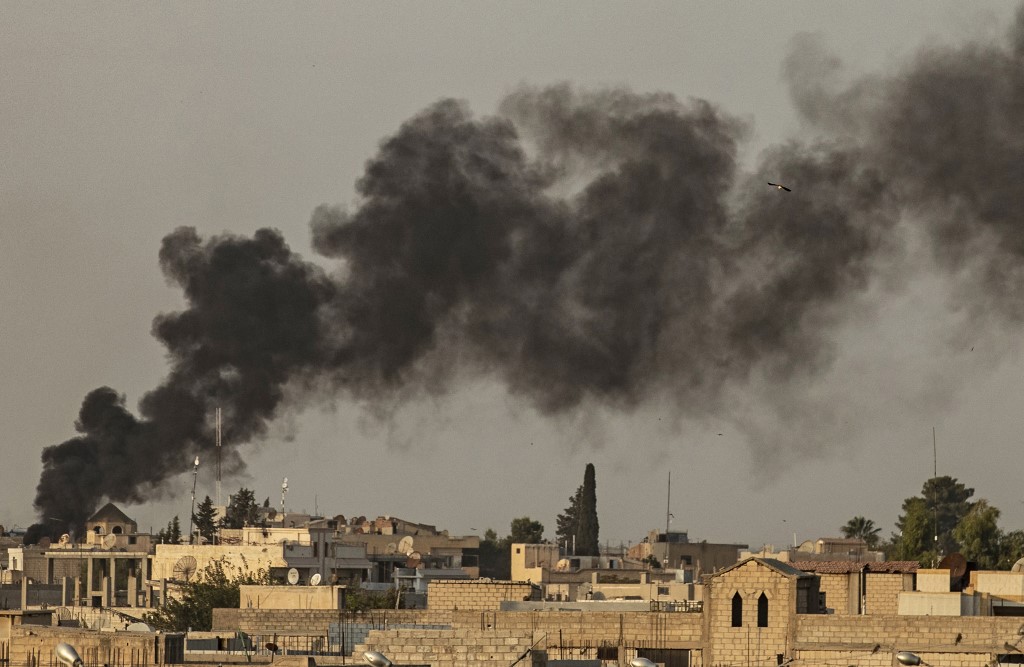 Trump has, for years, called for the U.S. to withdraw militarily from the Middle East, and even previously attempted to pull out American forces in 2019 to no avail. But on Sunday Oct 6, Trump agreed to pull U.S. forces in Syria away from areas around the border with Turkey to allow for Turkish forces to begin a military offensive.

Trump reportedly only agreed to a limited intervention from Turkey and made clear that an all-out blitz on Kurdish fighters was not allowed. However, he also publicly called for Kurdish forces to cede control of the prisons containing up to 100,000 ISIS fighters and families.

“The withdrawal of U.S. troops in the region has begun,” Erdogan told reporters on Monday Oct 7.

“You know we made a decision. We always say, we may come suddenly one night.”

After the White Houses’ announcements received intense scrutiny from a chorus of lawmakers, military officials and world leaders, Trump tried to backtrack the withdrawal, but it was too late.

“During a phone call with President Recep Tayyip Erdoğan on Sunday, President Trump agreed to transfer the leadership of the counter-Islamic State campaign to Turkey,” One of Erdogan’s spokespeople wrote in the Washington Post.

Turkish forces that were massing near the border began shelling Kurdish positions and border towns on October 10, followed shortly by ground assaults into Syrian territory.

The offensive has begun, and at least 14 border towns are currently being assaulted by Turkish forces and Turkish-based FSA units as of press time.

“You know we made a decision. We always say, we may come suddenly one night.”

For the Kurdish-led SDF, this situation is a veritable nightmare.

Since proving itself as one of the few forces capable of fighting and defeating ISIS, its leaders had hoped to garner long-term support from the U.S., which backed SDF’s campaign with supplies, military advisers and heavy air support.

That support appears to have given way entirely in the face of pressure from Erdogan, and they are now in a fight for their lives. If uncontained, Turkish forces will steadily push deeper into Kurdish-held territory, throwing the region into a new phase of violent turmoil that could produce yet another humanitarian crisis. 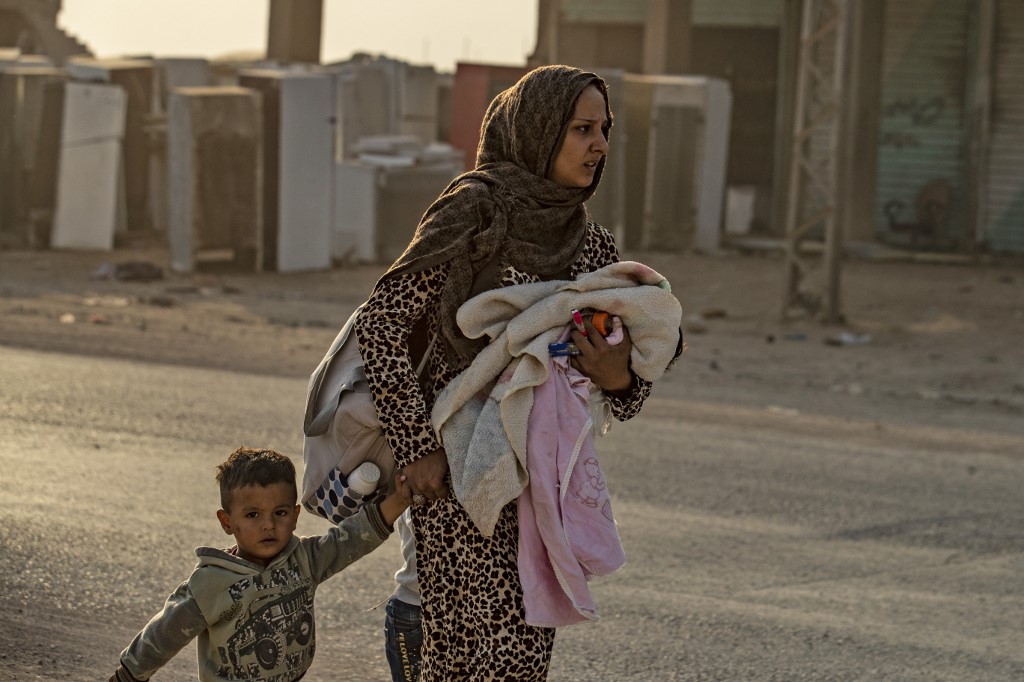 But the Kurdish nightmare has been a godsend for ISIS, according to Fawaz Gerges, a professor of Middle East politics and jihadi studies at the London School of Economics says.

According to Gerges, “The main beneficiary of the withdrawal of the American forces is ISIS.”

“You’re going to see — and I hope I’m wrong — ISIS fighters and sleeping cells coming out and trying to really capitalize on the violence if and when Turkey invades northeastern Syria,” he adds.

Kurdish commanders have admitted to abandoning and under-staffing ISIS prisons to deal with the imminent threat from Turkey.

Taking on the ISIS Problem 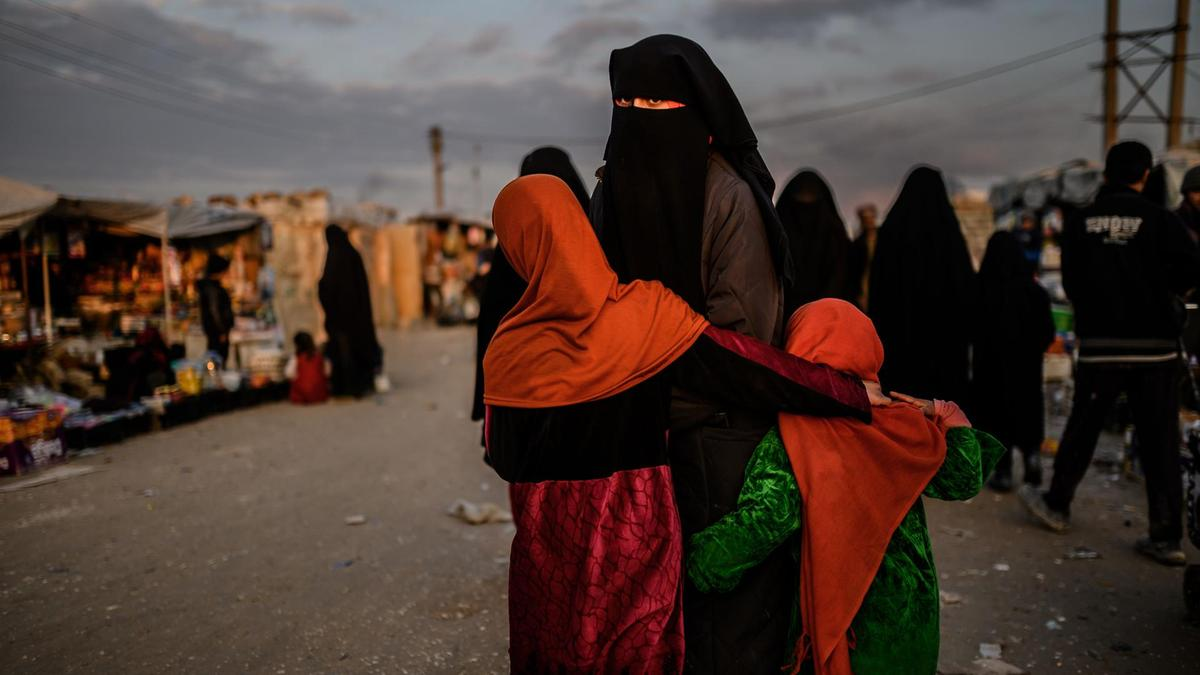 The chaos surrounding the assault benefits Erdogan in the short term.

While the U.S. military scrambles to develop a cohesive strategy to contain the violence and disorganized Kurdish forces struggle to establish a united front against his multi-pronged assault, Erdogan can pursue a high-speed strategy of taking over towns to hold.

Because the landscape is relatively flat, a forceful push through Kurdish defenses could open up huge swathes of territory to be taken in quick time.

Electorally, Erodgan could use the blitz as proof that his aggressive foreign policy is netting gains both in the region and against the Kurds. However, in pursuing such a strategy however, Erdogan invariably opens himself up to a prolonged guerrilla war against the veteren and well-supplied SDF.

Gaining responsibility of the ISIS prisons poses a more profound danger than getting bogged down in northern Syria.

If Erdogan wants to take northern Syria, he will have to take the ISIS prisons with him.

The worst-case scenario is that thousands of ISIS detainees are able to escape eas into Iraq or south across the Euphrates River to link up with the remaining ISIS cells in the desert. From there, Kurdish, Syrian regime, Turkish and other rebel/jihadi groups would have to reckon with a resurgent ISIS.

Beyond Syria, neighboring states like Iraq could be similarly imperiled. Given the volatile situation in Iraq with mounting mass demonstrations and a military crackdown, adding the renewed danger of ISIS could spark even greater instability.

The best-case scenario is that the ISIS prisons remain stable and the prisoners stay in their cells, either by a smooth transition to Turkish forces or remaining firmly in the hands of Kurdish authorities.

If Erdogan wants to take northern Syria, he will have to take the ISIS prisons with him.

That means placing Turkish soldiers in and around the prisons, Turkish wardens and jailers to interrogate, care for and oversee ISIS prisoners and their families.

Take the example of Camp Bucca, which the U.S. oversaw from 2003 until 2009. Although the Camp was heralded as a model for humane treatment of combatant prisoners, U.S. forces routinely tortured detainees. 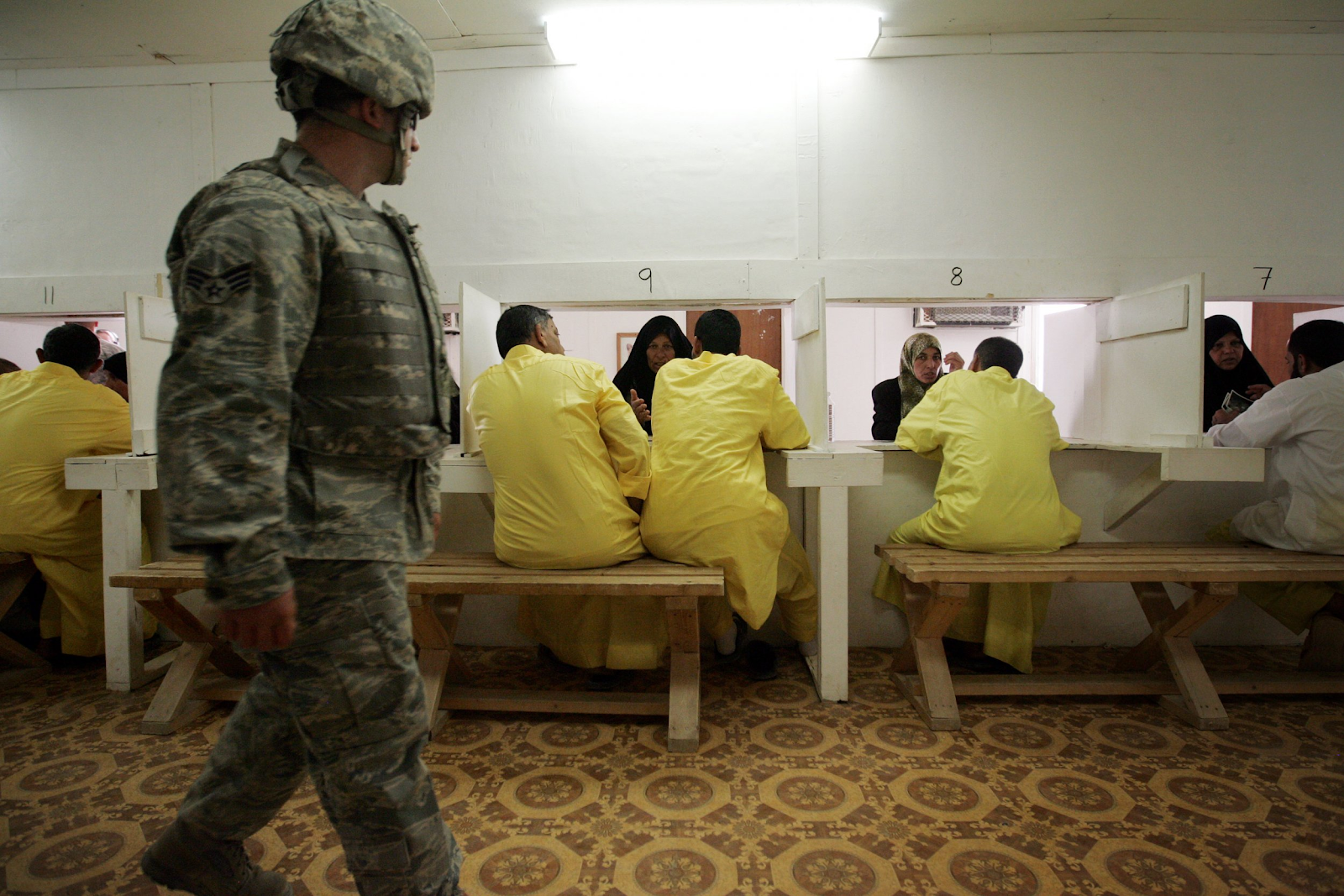 One former detainee at Camp Bucca, Hossam Shaltout, said the prison functioned more like a “torture camp,” and the U.S. jailers tied him down while they placed scorpions on his body.

“Before their detention, Mr al-Baghdadi and others were violent radicals, intent on attacking America,” military veteran Andrew Thompson and academic Jeremi Suri wrote in the New York Times. “Their time in prison deepened their extremism and gave them opportunities to broaden their following. The prisons became virtual terrorist universities: the hardened radicals were the professors, the other detainees were the students, and the prison authorities played the role of absent custodian.”

Stuffed into Camp Bucca alongside radical fighters were members of Saddam Hussein’s ousted Baath party, who entertained the jihadis’ conversations until many of them began adopting jihadi worldviews.

For many experts and analysts, Camp Bucca can be considered the ‘birthplace’ of ISIS.

“The prisons became virtual terrorist universities: the hardened radicals were the professors, the other detainees were the students, and the prison authorities played the role of absent custodian.”

Turkey’s overseeing of thousands of ISIS detainees in Syria threatens to place it back into the crosshairs of radical extremists.

The drive to expand Turkey’s war against Kurdish factions and gain another bargaining chip over Europe in the form of ISIS prisoners could haunt Erdogan, throwing his own country in danger’s way in the process.