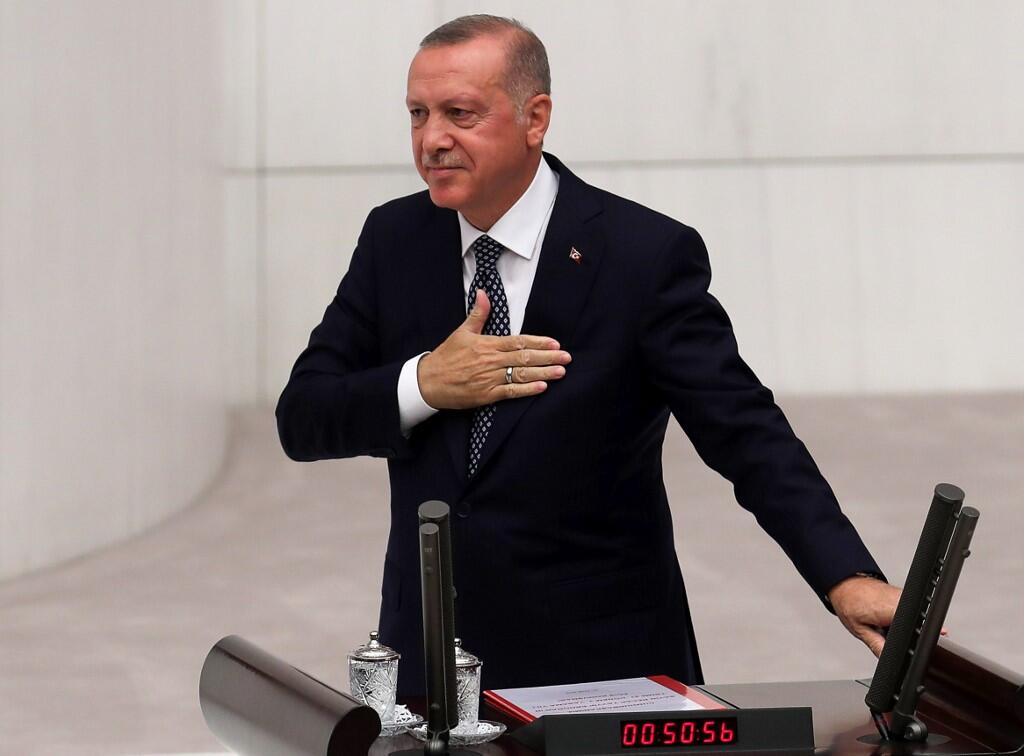 Turkish President Recep Tayyip Erdogan said Saturday that Turkey is ready to mount a military operation in northeast Syria to expel Kurdish fighters from the region.

Air and ground operations could begin imminently, he warned.

While addressing the ruling Justice and Development Party’s 29th Consultation and Assessment meeting in Kizilcahaman, Erdogan said the goal of the military operation is to establish peace in the Syrian region east of the Euphrates River by expelling Kurdish fighters.

“Our aim is, I underline it, to shower east of Euphrates with peace,” Erdogan said.

“Turkey has to carry out and succeed in this operation [east of Euphrates] for both its national security and [to ensure] the return of Syrians in Turkey to their own country,” he added.

The Syrian Democratic Forces, a U.S.-backed force, which controls the region that neighbors Turkey’s southern border, said that though it wants stability it would respond to any attack. The SDF is led by the Kurdish YPG militia, or People’s Protection Units. The YPG is the Syrian arm of the Kurdistan Worker’s Party, or PKK, in Turkey, which considers both groups to be terrorists.

“We will not hesitate to turn any unprovoked attack by Turkey into an all-out war on the entire border to defend ourselves and our people,” SDF spokesman Mustafa Bali said.

The threat comes after Erdogan accused the United States of moving too slowly after Turkish and U.S. military officials agreed in August to set up a safe zone in northern Syria, and establish a peace corridor to facilitate the movement of displaced Syrians who want to return home.

“Turkey’s question to its allies is clear. Do you recognize the PKK/YPG as a terrorist organization that you are trying to cover under the name of SDG?” Erdogan said, using an alternate acronym for the SDF. “We have not heard such a statement, and even some the U.S. officials publicly say the PKK is a structure with which the YPG is working together.”