Washington says a Turkish military operation into Syria would be unacceptable As President Recep Tayyip Erdogan stepped up his rhetoric, threatening yet another... 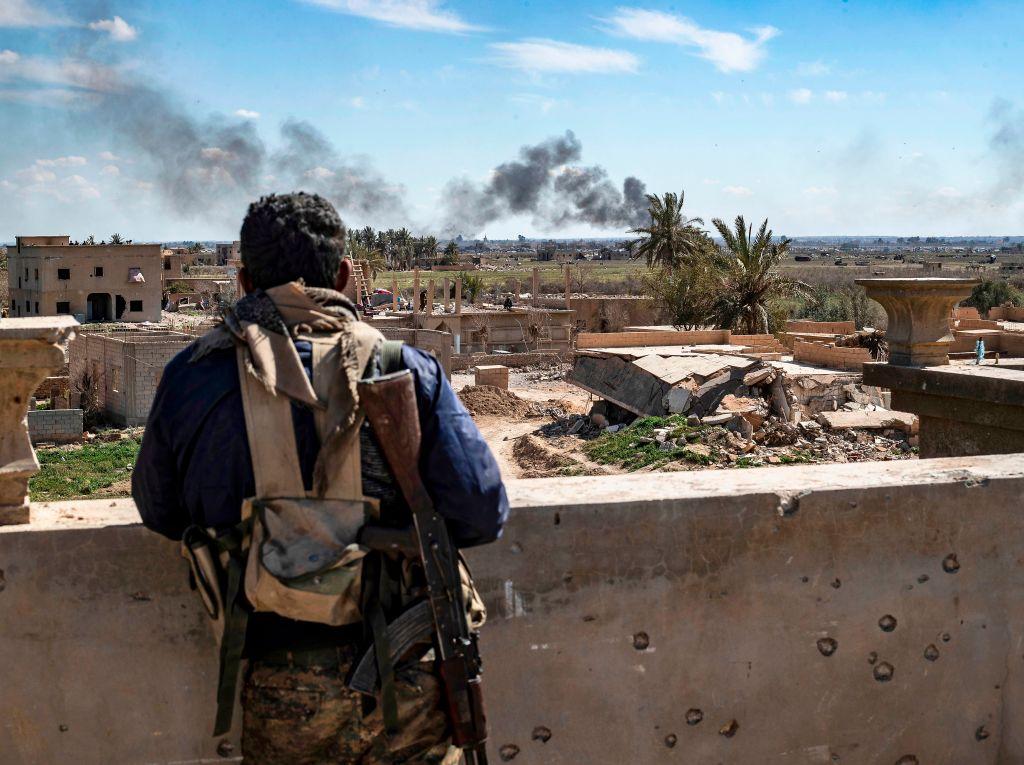 Washington says a Turkish military operation into Syria would be unacceptable

[Ankara] As President Recep Tayyip Erdogan stepped up his rhetoric, threatening yet another Turkish military incursion into Syria, analysts told The Media Line that such an offensive could lead to major sanctions being imposed on his country.

Erdogan said on Tuesday that Turkey would enter into a “different phase” in Syria, according to the state-run Anadolu news agency. On Sunday, Erdogan vowed to launch a military operation in, after referencing two other previous incursions Ankara had carried out in the past three years. The Turkish leader spoke against the backdrop of talks with the US over setting up a safe zone in Syria.

US Defense Secretary Mark Esper said Washington intended to prevent a Turkish military operation and would find such a move “unacceptable.”

Max Hoffman, associate director of national security and international policy at the Center for American Progress, told The Media Line that in the event of a Turkish military offensive, Washington’s top priority would be to ensure the safety of its personnel on the ground. After that, the US reaction would depend on how large the operation turned out to be.

If it were a limited assault, Hoffman believes the US could put in place stronger sanctions than those it is already expected to implement after Ankara recently bought Russian weapons.

He added that a big offensive could lead to a much stronger reaction that could put the Turkish economy into a crisis similar to last year, when US sanctions helped send the lira into a free fall.

“It would be a series of bad outcomes for both sides,” he stated.

Kristian Brakel, Turkey country director for the Germany-based Heinrich Boll Foundation, said Ankara was using the threat of an offensive as a way to mitigate the prospect of additional US sanctions.

“As US-Turkish negotiations are underway for a compromise, Turkey thinks that baring its teeth might get it a better deal with the Americans,” Brakel wrote in an email to The Media Line.

Turkey holds that the People’s Protection Units (YPG) – composed mainly of Kurdish fighters which form the bulk of the US-backed Syrian Democratic Forces – is connected to the Kurdistan Workers’ Party, or PKK, a group that Ankara, Washington and the European Union classify as a terrorist organization.

Turkey has long complained about the US’s alliance with the YPG, saying its presence near the Turkish border poses a major security threat.

“It [the threat of an offensive] does grant [the Turks] additional leverage, it is because it shows they are willing to go further than the US anticipated,” the Center for American Progress’ Hoffman said.

However, he qualified, if Washington decided to completely withdraw its troops from Syria, that would be the worst possible outcome for Ankara, which would then have to deal with Russia, Syrian President Bashar al-Assad and the YPG on its own.

“They can’t go too far or that leverage disappears,” Hoffman said.

Soner Cagaptay, director of the Turkish Research Program at the Washington Institute for Near East Policy, said that if an incursion were to go ahead, it would be limited in scope. However, he argued that Turkey would rather reach an agreement with the US .

“I think we are still at a stage where Turkey’s waiting to see what will come out of the safe zone talks. I think Ankara’s [preference] is to see the [negotiations] mature.”

Erdogan has faced major pressure domestically since his AK Party lost the Istanbul mayoral race in June, in what many view as his greatest political defeat since he rose to power in 2003.

Resentment toward Syrian refugees in Turkey was partly blamed for the electoral loss. Since then, the government has told Syrians not registered in Istanbul that they must leave or they will be transferred to other provinces. There have also been reports of forced deportations to Syria.

Another offensive in Syria would place more territory under Ankara’s control, making it easier for Turkey to deport refugees.

Aykan Erdemir, a senior fellow at the Washington-based Foundation for Defense of Democracies and a former parliamentarian for Turkey’s main opposition party CHP, said in an email to The Media Line that attacking Syrian Kurdish fighters would play well with Erdogan’s base and with nationalists in the opposition.

Erdemir added that while Erdogan believed that the US and the EU often appeased him because Turkey was an important ally, an offensive in Syria still carried great risk.

“He hopes that Turkey is ‘too big to fail’ for its Western allies, and that they will have to accept this [offensive] as a fait accompli. Ultimately, northeastern Syria might prove to be a bridge too far.”