Turkey ‘to send back’ ISIL Prisoners Even if Citizenships Revoked

Turkey has nearly 1,200 foreign members of ISIL in its custody, officials say Turkey will send captured ISIL members back to... 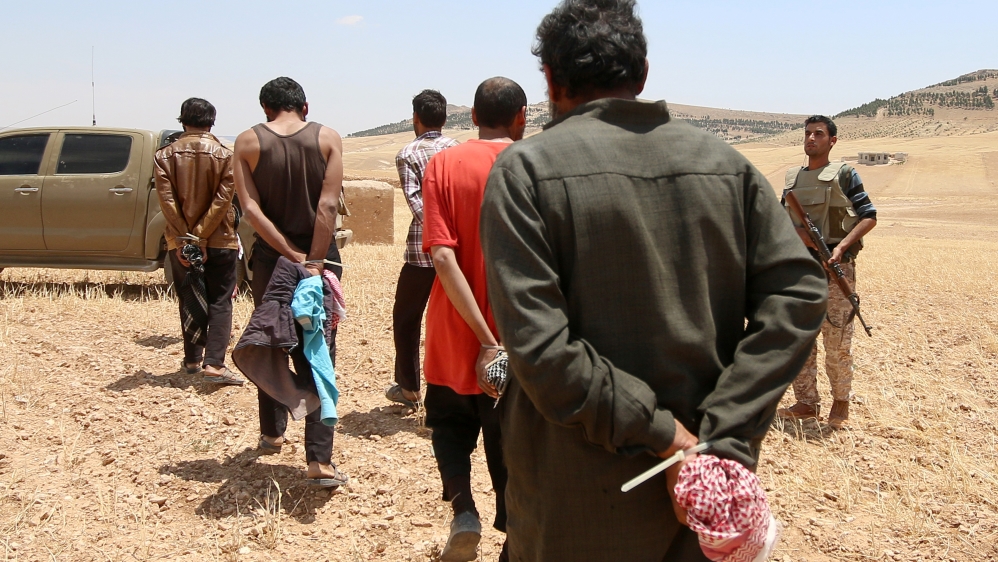 Turkey will send captured ISIL members back to their countries, even if their citizenships have been revoked, Minister of Interior Suleyman Soylu has said.

Soylu on Monday hit out at European countries, saying they were creating “a new form of international law” by demanding that the Islamic State of Iraq and the Levant (ISIL or ISIS) prisoners be tried where they were caught.

He said Turkey had nearly 1,200 foreign members of ISIL in custody and had captured 287 during its recent operation in northeast Syria aimed at clearing the border region from Kurdish fighters it considers “terrorists”.

“We will send back those in our hands, but the world has come up with a new method now: revoking their citizenships,” Soylu said.

“They are saying they should be tried where they have been caught. This is a new form of international law, I guess.”

“It is not possible to accept this. We will send back Daesh [ISIL] members in our hands to their own countries whether they revoke their citizenships or not,” he said.

The Kurdish People’s Protection Units (YPG), seen as a “terrorist group” by Ankara over its ties with outlawed Kurdish fighters on its soil, is the main element of the SDF, which was a leading US ally in beating back ISIL in the region.

The armed group kept thousands of ISIL members in jails across northeast Syria.

Western countries have often refused to accept the repatriation of citizens who left to join ISIL in Syria and have stripped many of their citizenship.

Turkey has repeatedly called on European countries to take back their citizens fighting for the group and has accused the SDF of releasing ISIL prisoners amid the recent offensive.

Soylu said on Monday recaptured foreign nationals would be taken to prisons or camps in Turkish-controlled zones in northern Syria, including in Jarablus, al-Bab, Azaz and Afrin.