ISTANBUL — Turkey on Monday started making good on its vow to send foreign fighters who were captured in Syria back to their home... 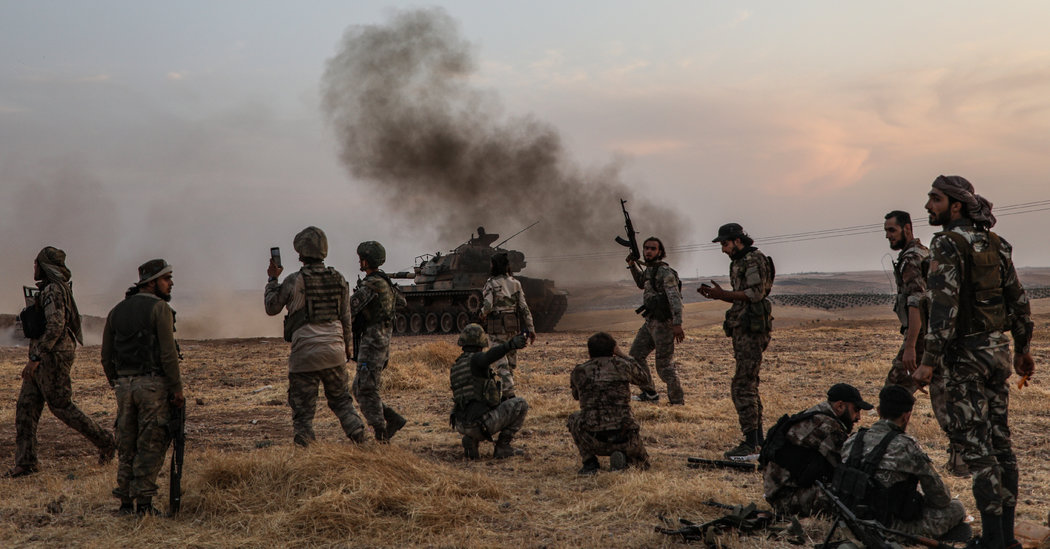 ISTANBUL — Turkey on Monday started making good on its vow to send foreign fighters who were captured in Syria back to their home countries, including one it sent to the United States, the Interior Ministry told the state-run news agency.

“One American foreign terrorist fighter whose proceedings are completed has been deported,” a ministry spokesman, Ismail Catakli, was quoted as saying by the agency, Anadolu.

Procedures to deport 11 French citizens and seven Germans, along with others from Denmark and Ireland, were underway, Mr. Catakli added, with the German citizens scheduled to be sent back on Thursday. He described the detainees as “foreign terrorist fighters.”

Western countries have strongly resisted taking back fighters for the Islamic State, or their wives and children.

It was not immediately clear where the American had been detained but it had been rumored in the first days of Turkey’s incursion against Kurdish forces in northeastern Syria that an American fighter had been captured. Turkish officials denied any knowledge of such a capture at the time.

The Turkish Interior Ministry identified the American who was deported on Monday as an Islamic State fighter. During the recent military operation in Syria, Turkish-backed militias announced that they had captured people affiliated with the Islamic State — most of them women and children who had escaped from a camp in Ain Issa — and pro-Kurdish fighters.

A spokesman for the German Foreign Ministry said that 10 people were to be deported to Germany during the course of the week. Among them were women suspected of having fought for the Islamic State and their children, the spokesman, Christofer Burger, told reporters in Berlin on Monday.