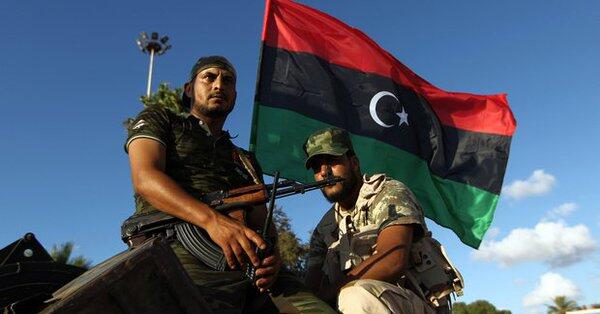 This post was originally published on this site Jordan, Turkey and the United Arab Emirates have regularly violated the UN arms embargo imposed on...

Jordan, Turkey and the United Arab Emirates have regularly violated the UN arms embargo imposed on Libya since 2011, according to a confidential report by UN experts seen Thursday by AFP.

The three countries “routinely and sometimes blatantly supplied weapons with little effort to disguise the source,” a summary of a year-long study by the UN experts said.

According to diplomats, Jordan was accused of having trained troops of Khalifa Haftar, a military warlord in eastern Libya who launched an offensive in April in a bid to seize Tripoli.

The United Arab Emirates, another Haftar backer, is suspected of using attack aircraft on behalf of his forces.

The UAE is suspected of involvement in a July 2 bombing of a detention center for migrants in a Tripoli suburb which left around 50 people dead.

The report does not definitively apportion blame for the attack but notes that the UAE is equipped with both US-made F-16s and French Mirage 2000-9s.

Turkey, which openly supports the government of Prime Minister Fayez al-Sarraj, is accused of supplying his forces with military material ranging from armored vehicles to drones.

“Both parties to the conflict received weapons and military equipment, technical support and non-Libyan fighters in non-compliance with the sanctions measures related to arms,” said the experts’ report, delivered to members of the UN Security Council on October 29.

“The panel also identified the presence of Chadian and Sudanese armed groups in support of forces affiliated” with Sarraj and Haftar, the report said, although they have had only a limited impact.

“Although the military capability of both parties was apparently enhanced, in reality the impact of the foreign armed groups to outcomes in the conflict was limited,” it said.

The 85-page document and a more than 300-page annex includes pictures, maps and copies of ship manifests of cargos delivered to Libya by sea.

The report is expected to be the subject of debate by the Security Council’s 15 members at the end of the month in the sanctions committee responsible for Libya. It is then expected to be approved for public release, probably in December.

The experts said they were awaiting answers to their questions from several UN member states.

“The panel identified multiple acts that posed a threat to the security, peace and stability of Libya,” they said.

Since Haftar’s offensive in April, a “new phase of instability, combined with the interests of several states and non state actors in the outcome, amplified the existing proxy conflict that took shape post-2011,” they said.

“Military operations have been dominated by the use of precision-guided munitions from unmanned combat aerial vehicles, which to a degree has limited the collateral damage normally expected from such a conflict,” they said.

The use of drones “has been massive by both sides,” a diplomat said, confirming accusations leveled previously by the UN envoy for Libya, Ghassan Salame.

Another diplomat, speaking on condition of anonymity, said the report does not mention the presence of Russian mercenaries in Libya.

Several hundred have been deployed in Libyan territory in recent months, taking part in combat in support of Haftar’s forces, US media reported earlier this week, a charge denied by Moscow.

The report also said that human trafficking and smuggling of migrants, although reduced considerably, “continues to finance networks that contribute to instability.”

The panel said there had been attempts by the National Oil Corporation in the east of the country to illicitly export crude oil.

“Refined petroleum products continue to be diverted by sea and overland, albeit at a lower level than in previous years,” it said.