Ankara defies EU sanctions over its unilateral actions in the Eastern Mediterranean Turkey is set to ramp up its drilling for oil and gas... 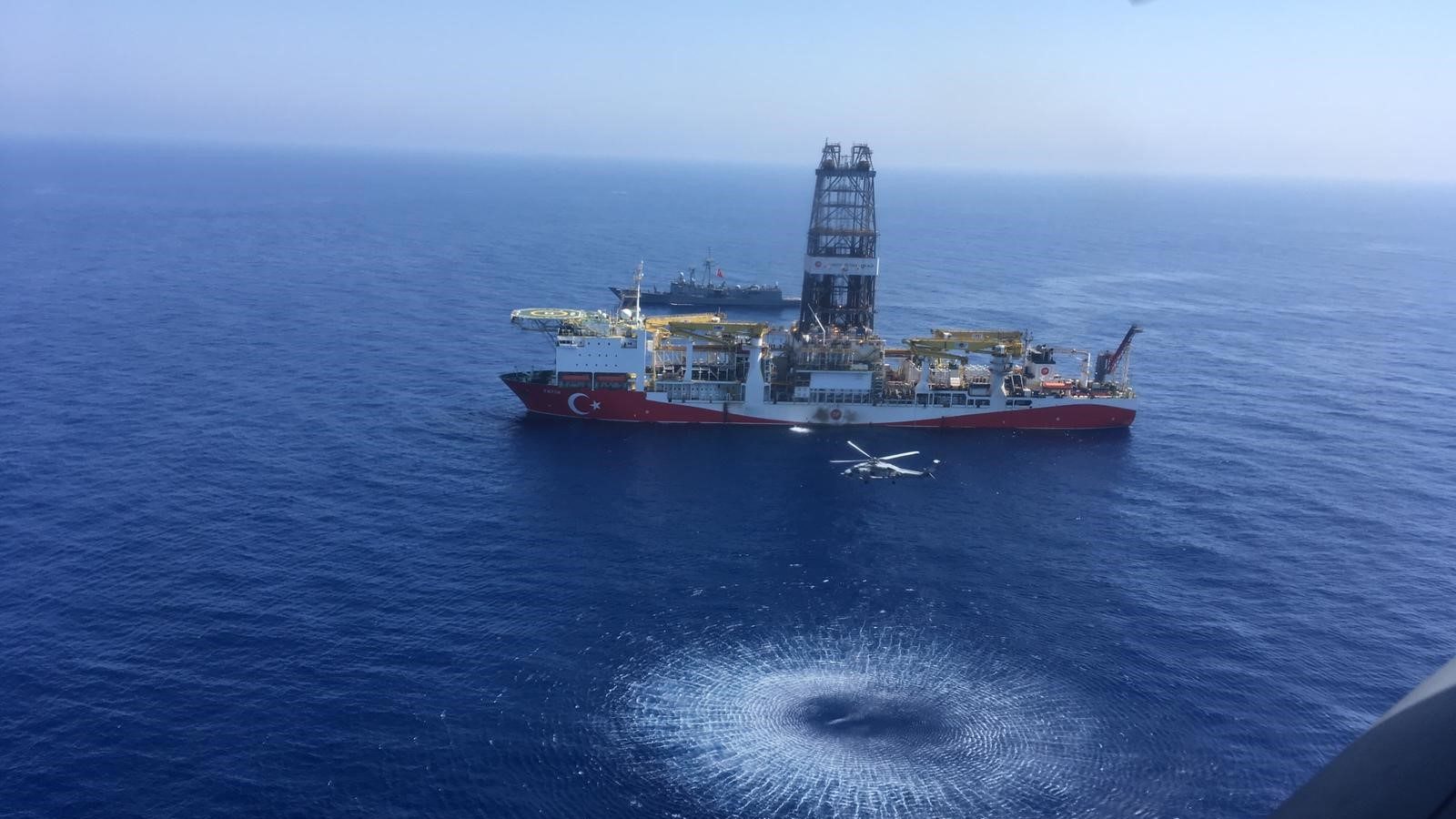 Turkey is set to ramp up its drilling for oil and gas in the waters off Cyprus this month, risking an escalation in a regional dispute that could lead to military involvement, analysts tell The Media Line.

Fatih Dönmez, Turkey’s energy and natural resources minister, announced last week that his country would send a third drilling ship to the area near Cyprus by the end of August.

The EU imposed sanctions on Turkey after it dispatched a second drilling ship in July.

In July, Greece warned that Turkey’s drilling was putting the security of the region at risk.

Timothy Ash, a London-based economist who focuses on Turkey, warned the situation could escalate to the use of military force.

“You can see warships buzzing each other… near miss incidents are quite possible,” Ash told The Media Line. “It’s a game of chicken really going on between Cyprus, Turkey and the EU.”

The Turkish defense minister visited one of the ships already drilling off the coast of Cyprus over the weekend.

“Nobody should test our strength.… We won’t let any decision against our rights over this issue to be taken in any way,” said Hulusi Akar, according to the Hurriyet Daily News.

In February 2018, an Italian ship, which had received rights to drill for gas from the Cypriot government, was prevented by Turkey from reaching the exploration zone off Cyprus.

This year, Nicosia joined an international gas forum to cooperate on exports alongside Greece, Israel, Italy, Egypt, Jordan and the Palestinians, a group that would surround Turkey from the south and west in the Mediterranean Sea.

Further excluding Turkey in the area, legislation has been introduced in the US Congress on Eastern Mediterranean security and energy, meant to increase cooperation with Greece, Cyprus and Israel.

“‘[It] seems as though Turkey has been singled out, almost as a pariah state,” Ash said.

The US earlier this month reiterated opposition to “provocative actions by any players.” The American oil and gas giant Exxon Mobil is involved in the drilling, in cooperation with Cyprus, and announced the discovery of a gas reservoir in February.

Complicating the dispute is the division of the island. Only Ankara recognizes the northern Turkish Cypriot side and its government, while the Greek Cypriot side has international recognition as the country of Cyprus, which is a member of the European Union.

The island has been divided since 1974, when Turkey invaded part of Cyprus after a Greek-inspired coup that Ankara feared would lead to Cyprus becoming part of Greece.

Turkey argues that some of the waters around the island are part of Turkey’s continental shelf, and that Turkish Cypriots should be involved in and profit from any energy exploration nearby.

On Friday, Greek and Turkish Cypriot leaders met in an effort to restart peace talks last held in 2017.

Another obstacle is the contentious relationship between longtime rivals Greece and Turkey, despite both being members of NATO.

Last year, Turkey held two Greek soldiers on espionage charges after they crossed the border into Turkey while on patrol; they were eventually released.

Turkey has almost no domestic energy sources and relies on imports from countries such as Iran and Russia.

Buying oil from Iran is especially problematic because of US economic sanctions. Last year, a US court found an executive from a Turkish state-owned bank guilty of helping Tehran to evade sanctions.

Depending on Russia is also difficult for Turkey due to the two countries’ diverging geopolitical interests, such as in Syria where Ankara opposes Bashar al-Assad while Moscow supports him.

“Stakes are very high,” said Soner Cagaptay, director of the Turkish Research Program at The Washington Institute for Near East Policy. “This is really important for Turkey… they will be eager to assert [their right to drill for fossil fuels].”

Cagaptay agreed that the regional gas forum including Cyprus had made Turkey fearful that it was being boxed in and would be deprived of revenues.

“I think [this] has given Ankara a sense that Turkey is being surrounded by its adversaries along the Eastern Mediterranean,” Cagaptay told The Media Line.

He said that the issue of Cyprus resonated across political lines in Turkey, among groups both supportive and critical of President Recep Tayyip Erdogan.

“This is quite serious… I think Turkey feels it can push Nicosia around, and that Cyprus will doing everything to avert a conflict,” Cagaptay said.