Turkey Has Captured One of the Wives of Al-Baghdadi, the Slain ISIS Leader

ISTANBUL — Turkey has captured one of the wives of Abu Bakr al-Baghdadi, the slain leader of the Islamic State movement, in addition to several... 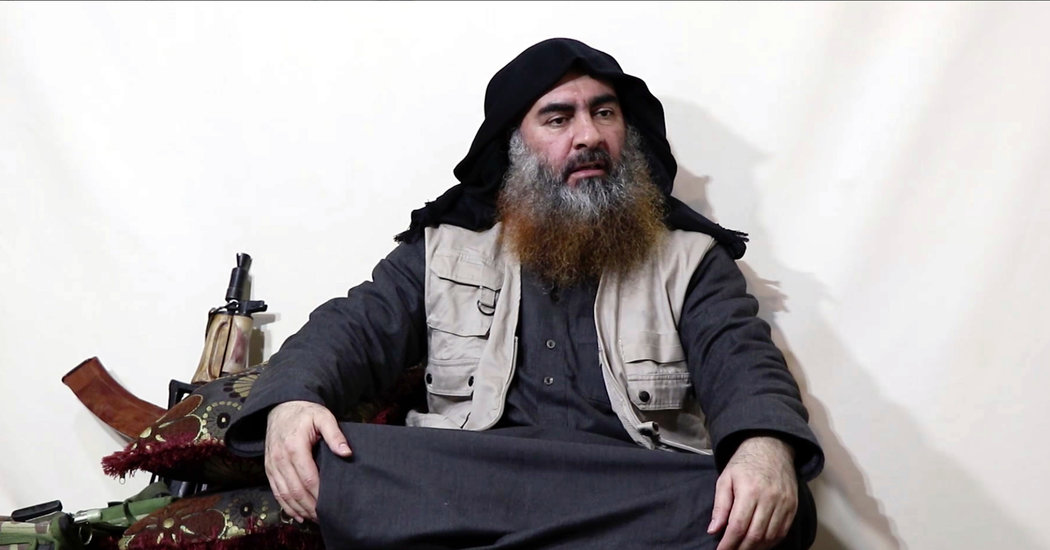 ISTANBUL — Turkey has captured one of the wives of Abu Bakr al-Baghdadi, the slain leader of the Islamic State movement, in addition to several other family members, President Recep Tayyip Erdogan said in a speech on Wednesday.

He also confirmed the capture of Mr. al-Baghdadi’s elder sister and brother-in-law in the town of Azaz, in a Turkish-controlled part of northern Syria, several days ago.

The Turkish leader, speaking at the Islamic Studies Faculty of Ankara University, took a swipe at the fanfare with which President Trump announced the death of Mr. al-Baghdadi last month. Mr. Trump proclaimed Mr. al-Baghdadi’s demise in a morning nationally televised address, at a time when American forces are withdrawing from the area.

“As you know, Baghdadi killed himself in the tunnel,” Mr. Erdogan said, describing how the Islamic State leader blew himself up along with two of his children when cornered in a tunnel by United States Special Operations forces in northwestern Syria.

“The U.S. with that initiated a serious communication campaign,” Mr. Erdogan said. “We, too, have captured Baghdadi’s wife. But we did not make a fuss about it. I am announcing it here for the first time. Likewise we have captured his sister and brother-in-law.”

Mr. Erdogan did not disclose the wife’s name or give details of her capture. Mr. al-Baghdadi is thought to have had four wives. Three women were killed in the raid in which Mr. al-Baghdadi died on the night of Oct. 26, according to American officials.

Turkish officials have been keen to emphasize Turkey’s role in fighting terrorism and pursuing Islamic State members since Mr. al-Baghdadi’s death in a house a few miles from the Turkish border in an area where the Turkish armed forces operate.

Officials published photographs of three people who they said were Mr. Baghdadi’s elder sister, Rasmiya Awad, 65, her husband and a daughter-in-law, and were detained by Turkish security forces several days ago. The three were living along with five children in a trailer near the town of Azaz, officials said.

“Much dark propaganda against Turkey has been circulating to raise doubts about our resolve against Daesh,” Fahrettin Altun, the Turkish presidency’s director of communications, posted on Twitter, using another name for the Islamic State. “We have been leading in the fight against terrorism in all its forms.”

Turkey has captured 287 foreign Islamic State members in Syria, including children, since beginning its military operation in the country last month, Interior Minister Suleyman Soylu said on Monday. Other officials have said that 54 of those are Turkish citizens.