Turkish forces, including commandos backed by artillery and air units, have swept into the mountains of northern Iraq to seek out members of armed... 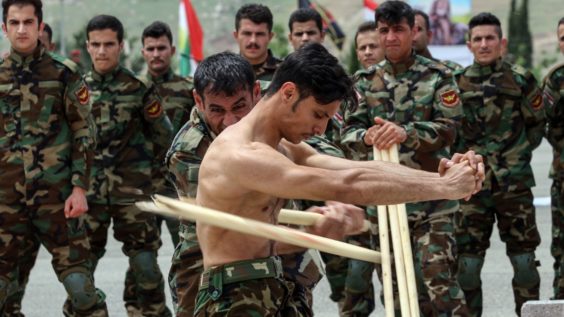 Turkish forces, including commandos backed by artillery and air units, have swept into the mountains of northern Iraq to seek out members of armed Kurdish militias, according to Turkey’s Defense Ministry. The operation began late on Monday. The goal, according to the ministry, was to “neutralize terrorists and destroy their shelters.” Like Kurdish communities elsewhere in the region, Turkey’s Kurds have been seeking autonomy, and Ankara views their primary organization, the Kurdistan Workers Party (PKK), as a terrorist group, having imprisoned its leader, Abdullah Ocalan, since 1999. It is believed that the hard core of the PKK leadership is based just over the border in Iraq, although it is unclear whether the incursion was aimed solely at the PKK or also at Iraqi Kurds, whose military units are known as Peshmerga. Ankara has also sent troops into Syria, not so much to take sides for or against the regime of Bashar al-Assad, but out of worry that Syrian Kurdish rebels who have been fighting against Assad could next turn their guns on the border with Turkey.