DIYARBAKIR, Turkey — Turkey has captured the older sister of Abu Bakr al-Baghdadi, the leader of the Islamic State who died in an American... 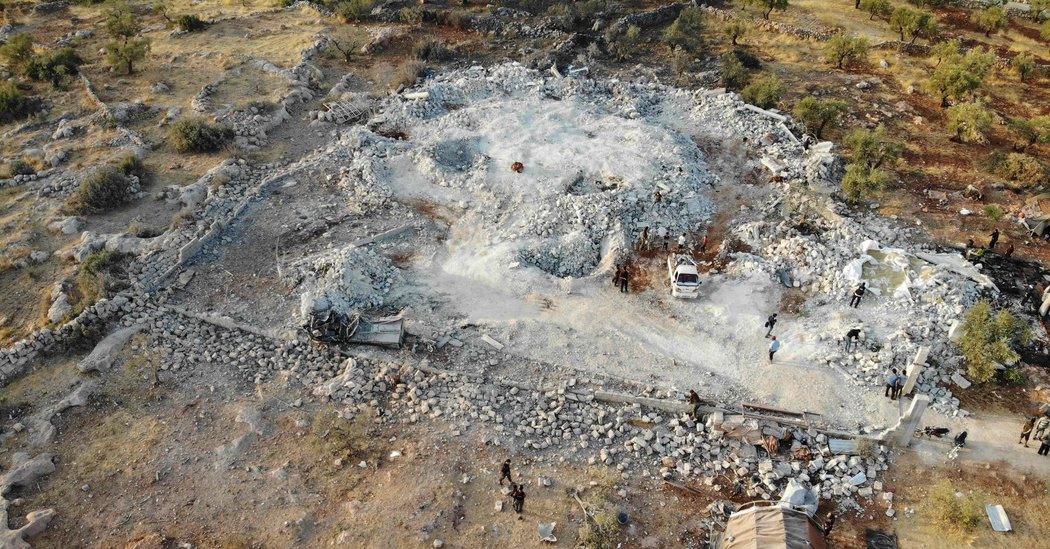 DIYARBAKIR, Turkey — Turkey has captured the older sister of Abu Bakr al-Baghdadi, the leader of the Islamic State who died in an American raid in northwestern Syria a week ago, a senior Turkish official said Tuesday.

Mr. al-Baghdadi’s sister, Rasmiya Awad, 65, was detained in the town of Azaz, in a Turkish-controlled region of northern Syria, where she was living with her husband and family members.

The capture of such a close relative — and one said to be affiliated with the Islamic State movement — might yield a trove of intelligence information, the official said.

In the years since he declared a caliphate in 2014, Mr. al-Baghdadi had become intensely security conscious. He trusted only his family and a close circle of associates, according to women who were held by him as sex slaves, as well as several senior aides interviewed after their capture in prison in Iraq.

Abu Ali al-Basri, Iraq’s director of intelligence, also suggested in an interview last year that Mr. al-Baghdadi was leaning heavily on direct family members, including his brothers and the husbands of his sisters.

The ISIS chief had five brothers and several sisters, but it remains unclear how many are still alive.

Colin P. Clarke, a senior fellow at the Soufan Center, a research organization in New York, cautioned against expecting to learn too much from Ms. Awad’s capture, but said it could prove valuable.

“‘Gold mine’ might be overstating the issue,” he said in an email, “but depending on how much time she spent around Baghdadi, it could be significant. Not only can she help piece together important facts about his life and history, but she could also have an insider’s knowledge of how ISIS was structured or some insight into the group’s decision-making.”