Analysts say that Ankara may still launch an offensive against American-backed Kurdish fighters Turkey and the United State have reached a tentative agreement to... 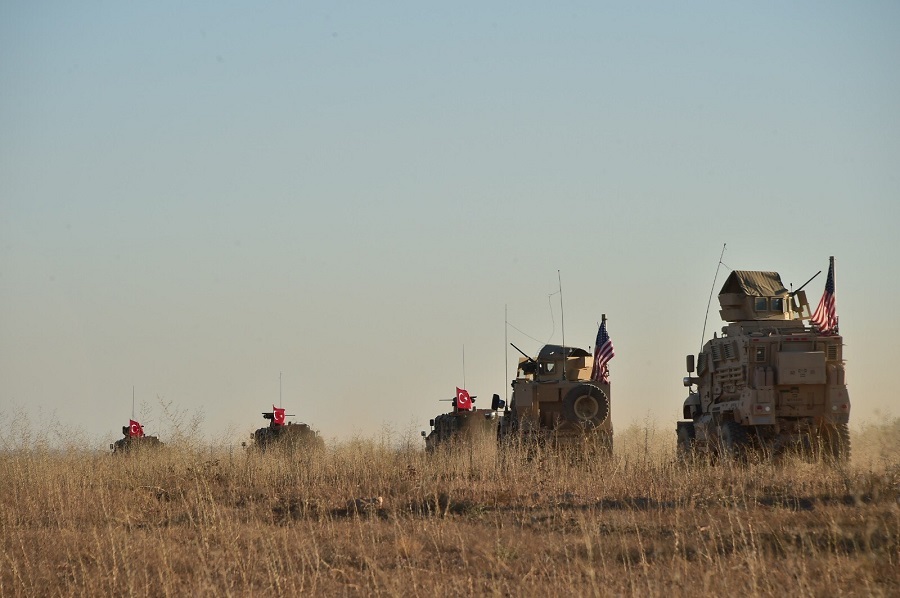 Turkey and the United State have reached a tentative agreement to set up a joint operations center to monitor a prospective buffer zone in northern Syria, but analysts told The Media Line that the Turkish military could still launch a campaign to uproot Kurdish fighters stationed near the shared border.

A statement issued after the negotiations said that the operations center, to be located on Turkish soil, was meant to “coordinate and manage the establishment of the safe zone together.”

The apparent deal was reached after three days of high-level talks in Ankara, and amid threats of a Turkish offensive to dislodge Kurdish YPG units, which form the bulk of the US-supported Syrian Democratic Forces but which Turkey views as an extension of the banned Kurdistan Workers’ Party, or PKK.

In 1984, the PKK started an insurgency geared toward achieving autonomy in Turkey, with the conflict since killing over 40,000 people.

Despite the progress, there nevertheless remains discord over how large the safe zone should be, with Ankara pushing for an area more than twice the size of what the US is offering.

Accordingly, Aaron Stein, director of the Middle East Program at the Foreign Policy Research Institute, told The Media Line that a future Turkish incursion cannot be ruled out.

“[It] basically bought some time for more talks… [an assault] will probably still happen if there is no [final] agreement with the United States.”

Stein qualified, however, that if Turkey does indeed launch a military operation, it will be smaller in scope than initially thought.

Turkey has repeatedly expressed concern over Washington’s ties to the YPG, which did most of the heavy lifting on the ground in the US-led campaign to defeat the Islamic State.

“There’s a deep mindset in Turkey that the country could split along ethnic lines and that is a guiding principle of how [Ankara] approaches national security,” Stein said. “It’s why… [Turkey’s] diplomacy with the US, up to and including [the threat of using] military force, makes perfect sense.”

In this respect, Turkey wants to push YPG units as far away as possible from the frontier, in order to prevent them from perpetrating attacks or providing weapons to the PKK.

Another key dispute between Ankara and Washington is who would clear the intended safe zone of YPG fighters, and then patrol the area.

Kristian Brakel, the Turkey country director for the Germany-based Heinrich Boll Foundation, told The Media Line that President Donald Trump’s decision to walk back his stated desire to withdraw all US troops from Syria caused friction with his Turkish counterpart Recep Tayyip Erdogan.

“When this expectation [was not met, it constituted] an important blow. [Since then,] both sides have tried to maintain a delicate balance of not going on a fully confrontational path despite the many problems,” Brakel wrote in an email to The Media Line.

Wednesday’s statement also noted that the safe zone would act as a “peace corridor” to allow Syrian refugees living in Turkey to return home.

Nicholas Danforth, a visiting fellow at the German Marshall Fund in Turkey, told The Media Line that this inclusion was probably meant to provide Erdogan with a talking point for public consumption, rather than lead to any meaningful result on the ground.

Danforth, too, contended that unilateral action by Turkey was still a potentiality, and that the vagueness of the statement suggested that both parties were attempting to kick the can down the road.

“I don’t think [this] will be the end of the debate over the safe zone in northern Syria… [there’ll be], quite likely, future threats by Turkey,” he said. “This agreement might buy a month or two of quiet and the issue could resurface.”

In the run-up to the negotiations, Turkey complained that the US was stalling on removing Kurdish fighters from the Syrian town of Manbij.

Given the circumstances, “it looks like Ankara ultimately backed down,” Danforth concluded.