WASHINGTON — The prospects for a Trump administration plan to strike a Middle East peace deal have been receding for months, thanks to a... 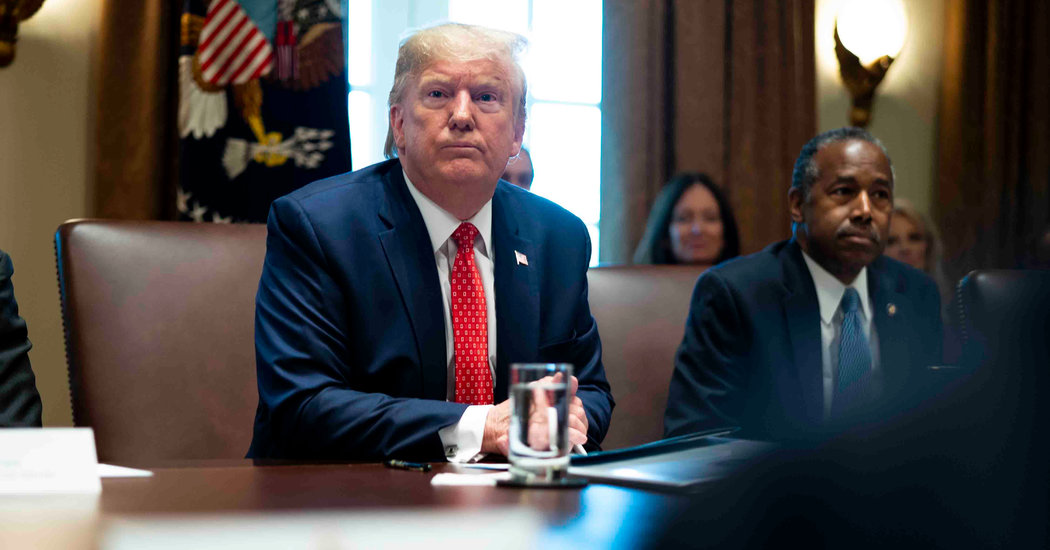 WASHINGTON — The prospects for a Trump administration plan to strike a Middle East peace deal have been receding for months, thanks to a protracted political stalemate in Israel and the refusal by the Palestinians to engage with Washington. But they may have reached a new low this week.

Secretary of State Mike Pompeo’s announcement on Monday that the United States no longer viewed Israeli settlements in the West Bank as illegal under international law, coupled with a monthslong deadlock in Israeli politics that may require a new election to resolve, is casting further doubts that a long-awaited proposal from President Trump can resolve the 70-year territorial conflict between Israelis and Palestinians.

Although Mr. Pompeo said the Trump administration’s view on settlements would make peace easier to achieve, the Palestinians, along with many foreign governments and Israeli politicians, insist the opposite. And if there is an election to determine whether Prime Minister Benjamin Netanyahu can keep his job, it would not occur until early next spring.

“Nobody believes this plan is coming,” said Ilan Goldenberg, a top aide to President Barack Obama’s chief Middle East negotiator, who recently returned from a weeklong visit to Israel, where he met with senior officials. “This did not come up once.”

Trump officials insist the plan, which was completed months ago under the supervision of Mr. Trump’s son-in-law and senior adviser, Jared Kushner, is still coming, although past predictions of timing have proved to be inaccurate.

For the past two months, the White House has held off as Mr. Netanyahu and his chief political rival, Benny Gantz, the former Israeli Defense Forces general, have vied to form a new government after the country’s inconclusive Sept. 17 election.

But Mr. Netanyahu has already tried and failed to form a government. And if Mr. Gantz is unable to do so by midnight on Wednesday, Israel is likely to hold a new election in March. That, many analysts and some Trump officials believe, could prompt Mr. Trump to release his plan rather than wait until Israel finally settles on its political leadership.

Mr. Kushner, deputized by the president early in his term to take on an account that has become a symbol of unsolvable problems, is said to be eager to do that.

Mr. Kushner and Mr. Trump’s Middle East envoy, the former Trump Organization lawyer Jason Greenblatt, crafted a plan whose details remain secret but is believed to slant heavily toward Israel on several long-contested territorial and political issues, including Israeli settlements. It tries to cushion the blow to Palestinians through major Arab investments in their economy lined up by Mr. Kushner. The Palestinians would in effect be making political concessions for economic gain.

But the Palestinians have shown little interest in such a deal, and have long refused to communicate with Mr. Kushner and other Trump administration officials.

Palestinian leaders say the Trump administration has adopted a punitive approach toward their interests through policies like recognizing Jerusalem as Israel’s capital, cutting American aid to the West Bank and Gaza Strip, shutting down the Palestinian Authority Consulate in Washington and making Monday’s announcement, which was widely seen as an endorsement of Israeli settlement building.

Trump officials say that will not stop them, and some analysts say that submitting even a dead-on-arrival plan could appeal to the Trump team.

“They see it more as a vision than as a plan,” said David Makovsky, a senior fellow at the Washington Institute for Near East Policy who worked as a Middle East peace negotiator in the Obama administration. “It’s a historic baseline, so if they’re re-elected they can use it as a basis for future negotiations.”

In domestic political terms, Mr. Trump fashions himself as a grand deal maker and, as he seeks to build a re-election record, could benefit from being seen as offering a blueprint to resolve the conflict.

A plan that asks fewer concessions of Israel than those devised by past White Houses would be popular among conservative Republicans, many Jewish voters in Florida and evangelical Christians who support maximal Israeli expansion. Any Trump plan would most likely “reframe United States policy to make a two-state solution impossible,” said Aaron David Miller, a senior fellow at the Carnegie Endowment for International Peace who served as a Middle East peace negotiator under presidents of both parties.

“Given that Palestinian rejection of the plan is a foregone conclusion and there won’t be an Israeli government capable of accepting the plan, launching it before the Israeli election makes no sense,” said Martin S. Indyk, who served as the Middle East peace envoy for a year under Mr. Obama. “Unless it’s a plan so slanted in Netanyahu’s direction that its release would be designed to help him.”

“But then it wouldn’t be a peace plan; it would be a plan to help Bibi get re-elected,” Mr. Indyk added.

Even as a political document, a peace plan presents Mr. Trump with risks. Some prominent religious conservatives have warned that asking virtually any concession of Israel, especially in a traditional “land for peace” deal, would amount to a betrayal.

Mike Evans, a member of Mr. Trump’s evangelical advisory team, said in an interview on Tuesday that he did not expect that outcome. “I don’t believe that Donald Trump is a land-for-peace person. I don’t think he’s going to trade land or force them to give up land by people that want to kill them,” said Dr. Evans, whom Mr. Pompeo called shortly after his announcement on settlement policy.

“We’ll release the plan when the time is right and when we think it has the best chance of success,” Mr. Greenblatt said in an exit interview with the Arab publication Asharq al-Awsat when he returned to the private sector on Nov. 1. He has since been replaced by Avi Berkowitz, a 31-year-old adviser to Mr. Kushner.

Mr. Trump has mostly kept his distance from the political scrum that has followed Israel’s most recent election, on Sept. 17, when Mr. Netanyahu’s failure to win a clear majority prompted the months of political jockeying that have followed.

In the election’s aftermath, Mr. Trump offered a seemingly cool tone toward his longtime ally. “Our relations are with Israel,” he said the day after the election when asked about Mr. Netanyahu’s fate.

In the two months since then, Mr. Netanyahu has tried and failed to form a governing coalition and now awaits the results of Mr. Gantz’s effort. In the meantime, Mr. Netanyahu remains the country’s prime minister, but lacks a political mandate to make weighty decisions.

Mr. Trump sounded bemused by the state of affairs in a Nov. 12 appearance before a group of Orthodox Jewish supporters at a Manhattan hotel. The remarks were not released by the White House, but a video was posted on Twitter.

“What kind of a system is it over there, right, with Bibi and…” Mr. Trump said. “They are all fighting and fighting.”

“We have different kinds of fights,” he said. “At least we know who the boss is. They keep having elections and nobody gets elected.”

Relations have remained cordial between the leaders. But some analysts say Mr. Trump has been less effusive toward the Israelis than Mr. Netanyahu might like, given Mr. Trump’s strong popularity within Israel, where, Mr. Trump joked at his New York event last week, he could easily win election as prime minister.

Still, Mr. Trump sent Mr. Netanyahu a letter for his 70th birthday last month, calling the Israeli “one of my closest allies.” And after Mr. Pompeo’s announcement on Monday, the two men spoke for the first time since before Israel’s election.

“I spoke on the phone with US President Donald Trump and told him that he had corrected a historic injustice,” Mr. Netanyahu wrote on Twitter after the call.