The UK’s “wacky” ambassador to the US is “a very stupid guy” who is understood to be a “pompous fool”, Donald Trump has said.... 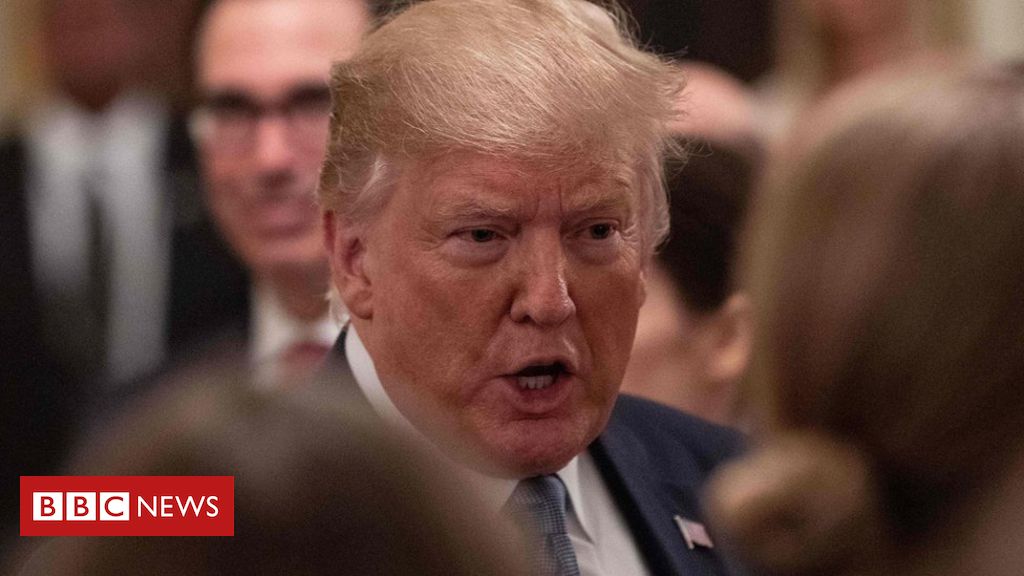 The UK’s “wacky” ambassador to the US is “a very stupid guy” who is understood to be a “pompous fool”, Donald Trump has said.

The latest tweets from the President came after Downing Street reaffirmed its “full support” for Sir Kim Darroch.

On Monday President Trump said he will no longer work with Sir Kim after leaked emails revealed he had called the Trump administration inept.

A formal investigation has been launched by the UK government.

Taking to Twitter on Tuesday Mr Trump tweeted: “The wacky Ambassador that the U.K. foisted upon the United States is not someone we are thrilled with, a very stupid guy.

“He should speak to his country, and Prime Minister May, about their failed Brexit negotiation, and not be upset with my criticism of how badly it was handled.

“I told @theresa_may how to do that deal, but she went her own foolish way-was unable to get it done. A disaster!

“I don’t know the Ambassador but have been told he is a pompous fool. Tell him the USA now has the best Economy & Military anywhere in the World, by far…and they are both only getting bigger, better and stronger…Thank you, Mr. President!”

Number 10 previously called the leak “unfortunate” and said the UK and US still shared a “special and enduring” relationship.