Trump: Ilhan Omar is Being ‘Disrespectful’ to The US and Israel 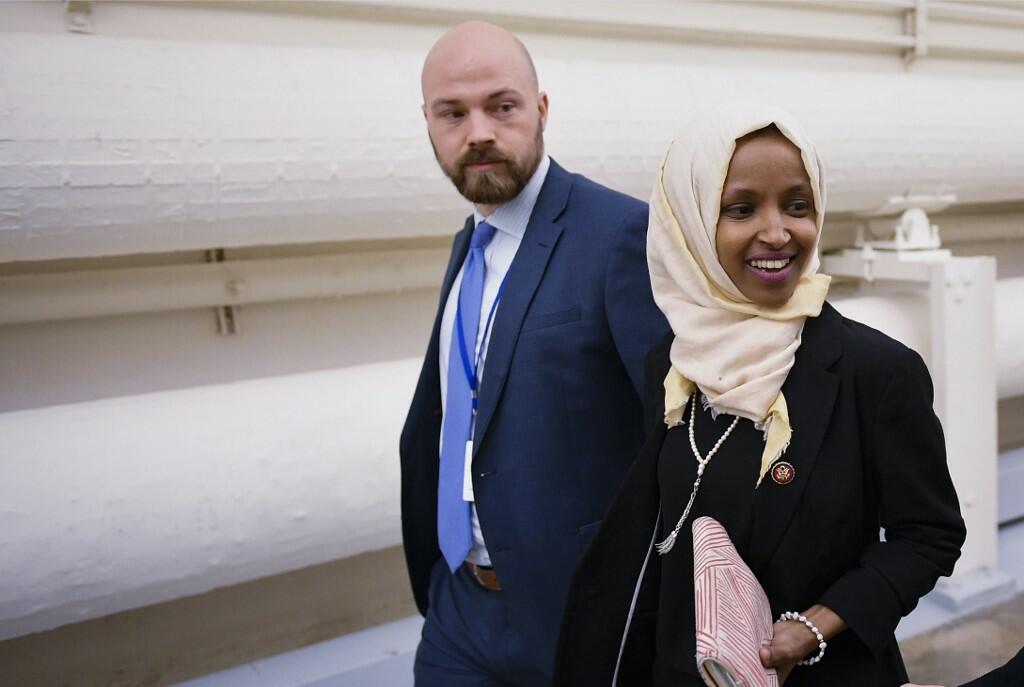 In an interview on Monday in Minnesota, Trump said that Omar has “got a way about her that’s very, very bad for our country.”

“She’s got a way about her that’s very, very bad for our country,” Trump added.

“Before Nancy, who has lost all control of Congress and is getting nothing done, decides to defend her leader, Rep. Omar, she should look at the anti-Semitic, anti-Israel and ungrateful U.S. HATE statements Omar has made,” Trump tweeted on Monday.

“She is out of control, except for her control of Nancy!” he added.

Last week, Trump made a sarcastic reference to Omar and said the lawmaker “doesn’t like Israel,” one day after a New York man was arrested and charged with threatening to murder her.

“Special thanks to Representative Omar of Minnesota,” Trump said while delivering remarks at the Republican Jewish Coalition on Saturday afternoon. “Oh, I forgot. She doesn’t like Israel. I forgot. I’m so sorry.”

Omar is one of the first two Muslim women to serve in the US House of Representatives, the lower chamber of Congress. She is a member of the Democratic Party.

The 37-year-old lawmaker was born to a family of Somali refugees and represents Minneapolis, Minnesota, a district with a large Somali population.

Omar has accused pro-Israel lawmakers of showing “allegiance to a foreign country,” and has criticized the American Israel Public Affairs Committee (AIPAC) for its role in shaping US policy.

Facing a fierce backlash from Republicans and Democrats for her allegedly “anti-Semitic” comments, Omar “unequivocally” apologized for her earlier statements on Twitter and deleted them.

Independent Senator Bernie Sanders and presidential candidate Bernie Sanders has defended Omar against “outrageous, racist” attacks by Trump and the sections of right-wing US media.

“I’ve talked to Ilhan about twice in my life. I respect her but this is what I do support — I support a Muslim member of Congress not to be attacked every single day in outrageous, racist remarks,” Sanders said at a Fox News town hall meeting on Monday.

“I will do everything in my power, and I hope that every member of Congress will fight not only anti-Semitism, but racism and anti-Muslim activity so that we create a non-discriminatory society,” Sanders said. “But it is not anti-Semitic to be critical of a right-wing government in Israel. That is not anti-Semitic.”

“So weird to watch Crazy Bernie on @FoxNews,” Trump tweeted. “Not surprisingly, @BretBaier and the ‘audience’ was so smiley and nice. Very strange, and now we have @donnabrazile?”

Host Bret Baier thanked the president for watching and inviting him on for an interview.

“Thanks for watching Mr. President – we’d love to have you on a town hall soon — or even an interview on @SpecialReport —it’s been awhile. We cover all sides,” Baier tweeted.