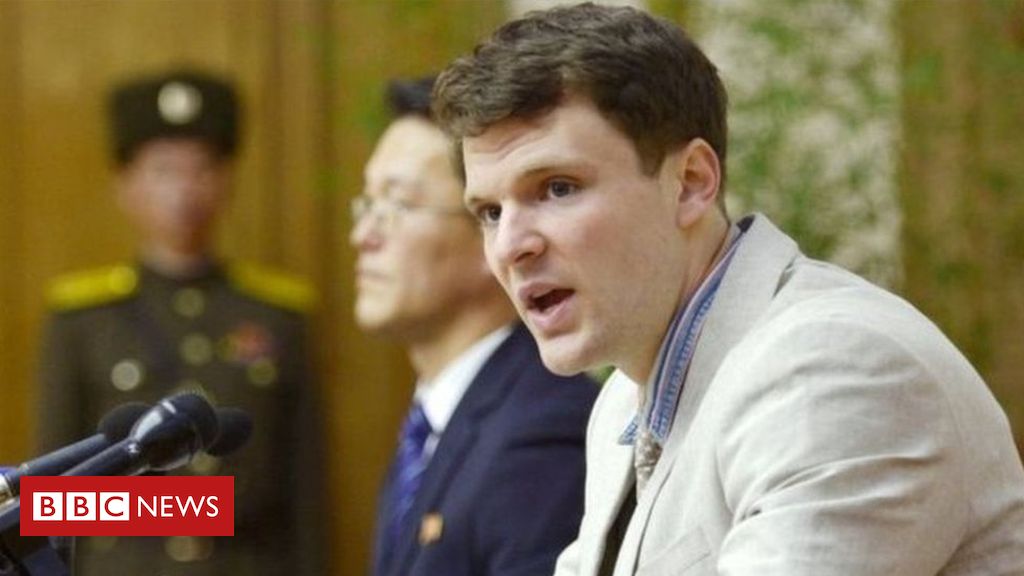 Warmbier was jailed in North Korea in 2015 during an organised tour and died after being returned to the US in a coma after 17 months in detention.

Earlier reports said that the US bad been billed $2m (£1.5m) for the student’s medical care.

North Korea had allegedly demanded the bill be paid before he was allowed to return home.

Mr Trump denied the claim on Twitter on Friday. He wrote: “No money was paid to North Korea for Otto Warmbier, not two Million Dollars, not anything else.”

“President Donald J. Trump is the greatest hostage negotiator that I know of in the history of the United States. 20 hostages, many in impossible circumstances, have been released in last two years. No money was paid.” Cheif Hostage Negotiator, USA!

On Thursday, White House press secretary Sarah Sanders refused to comment on the claim. In a statement to CBS, she said: “We do not comment on hostage negotiations, which is why they have been so successful during this administration.”

The main US representative sent to retrieve Warmbier signed a pledge to pay the medical bill on the orders of President Trump, the Washington Post newspaper said, citing two people familiar with the situation.

The bill for Warmbier’s care was then reportedly sent to the US Department of Treasury.

A former Department of State official told CBS News that the US never paid or intended to pay the $2m, though Joseph Yun, the department’s North Korea lead at the time, did accept the bill.

The former official noted that the acceptance of the bill happened under Secretary of State Rex Tillerson, who was keen on opening up a dialogue with North Korea.

The unnamed source said Mr Tillerson’s awareness of Warmbier’s critical condition, or his lack of political experience may have contributed to the decision.

The Washington Post was the first to report the bill.

Warmbier was accused of stealing a sign from the hotel where he and fellow students had been staying in the capital, and was sentenced to 15 years’ hard labour.

By the time he returned to the US after 17 months in detention, the Ohio native was comatose and suffered from brain damage.

North Korea says he fell into a coma after contracting botulism and taking a sleeping pill.

US doctors found no evidence of botulism and said that the student had suffered a “severe neurological injury”, probably caused by a cardiopulmonary arrest.

Though North Korea has denied mistreating the 22-year-old student, his parents insist that his death in July 2017 was the consequence of torture.