US President Donald Trump has said he is considering a potential third nuclear summit with North Korea’s leader Kim Jong-un, and added that he... 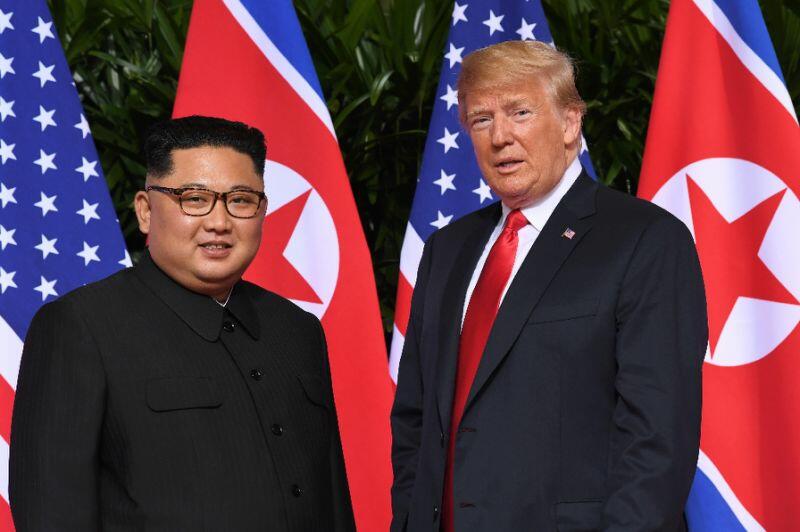 US President Donald Trump has said he is considering a potential third nuclear summit with North Korea’s leader Kim Jong-un, and added that he does not want to increase sanction on Pyongyang.

“We will be discussing that and potential meetings, further meetings with North Korea and Kim Jong-un,” Trump said in the Oval Office of the White House in Washington, DC at the start of talks with visiting South Korean President Moon Jae-in.

Trump and Moon discussed the possibility of the South Korean president having an inter-Korean summit with Kim soon in order to facilitate talks between Trump and Kim.

“I enjoy the summits, I enjoy being with the chairman,” he said.

Kim is “a person I’ve gotten to know very well, and respect and hopefully, and I really believe over a period of time, a lot of tremendous things will happen. I think North Korea has a tremendous potential,” Trump said.

The second summit between Trump and Kim collapsed in February in Hanoi over differences on how far Pyongyang was willing to limit its nuclear program and the degree of US eagerness to ease sanctions. Trump abruptly walked away from the talks and held a press conference shortly afterwards.

During the presser, Trump said that “he had to walk away” from the talks because of the North’s demands to lift all economic sanctions against Pyongyang as a prerequisite to denuclearizaSavetion.

However, a few hours later, North Korean Foreign Minister Ri Yong-ho offered a completely different breakdown of the summit, telling reporters in a separate presser that Pyongyang had never asked for the removal of all sanctions, but was only seeking their partial removal.

According to a state media report published last month, the people of North Korea blame the US for the collapse of the summit.

On Thursday Trump said he and Moon discussed “certain humanitarian things” and the possibility of South Korea helping the North with food.

Trump said he could always increase sanctions on North Korea, “but I didn’t want to do that at this time.”

Last month, Trump said he was ordering the reversal of the recently announced North Korea-related sanctions.

Moon said he believes the second Kim-Trump summit was not a failure, but part of a longer process.

“The important task that we face right now is to maintain the momentum of dialogue and also express the positive outlook regarding the third U.S.-North Korea summit to the international community, that this will be held in the near future,” Moon said.

Trump said he was open to a step-by-step approach but would need to see details.

“There are various smaller deals that maybe could happen. Things could happen. You could work out, step by step, pieces. But at this moment, were talking about the big deal. The big deal is we have to get rid of the nuclear weapons,” he said.