Trade relations between Qatar and Bulgaria gained momentum in the recent past as the volume of trade between the two countries grew from QR72.9... 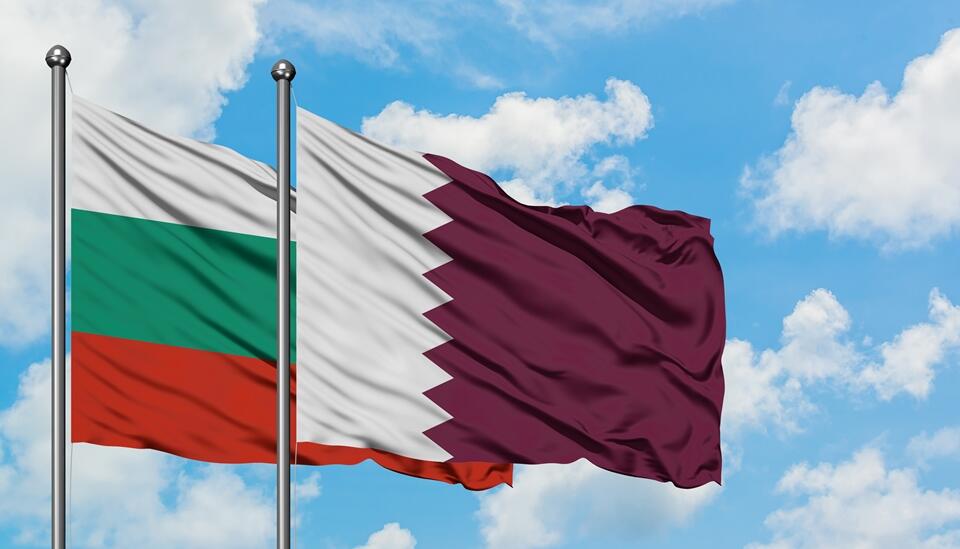 Trade relations between Qatar and Bulgaria gained momentum in the recent past as the volume of trade between the two countries grew from QR72.9 million in 2016 to QR87.2 million in 2018, Minister of Commerce and Industry HE Ali bin Ahmed al Kuwari said on Thursday.
Delivering opening speech at the Qatari-Bulgarian Business Forum in Doha, Kuwari said bilateral ties between two countries grew stronger following the historic visit of the Amir His Highness Sheikh Tamim bin Hamad al Thani to Sofia in March last year.
The trade relations were further strengthened in light of the successful participation of businessmen and investors from both countries in the Qatari-Bulgarian Economic Forum organised as part of the visit as the forum provided a platform for participants to explore investment opportunities in both countries.
Given the strong economic fundamentals and vast potential for trade cooperation between Qatar and Bulgaria, the minister said, there are opportunities galore for the private sectors of the two countries to further raise the trade volume.
Highlighting the progress made by Qatar in recent years to diversify its economy away from the hydrocarbon sector, he said, “Qatar has provided significant support for the development of the private sector and the country’s investment environment, in line with its belief in the important role that these sectors play in promoting economic diversification.
“Qatar has embraced the principles of a free market economy and sought to open its economy to the world by strengthening its trade and investment relations with its various strategic partners, particularly Bulgaria.”
He expressed hope that the Qatari-Bulgarian Business forum will pave the way for successful partnerships that will benefit both countries.
Bulgarian President Rumen Radev, who also spoke at the forum, said the current bilateral trade volume between Qatar and Bulgaria is not in line with what the two countries can achieve in different fields, noting that there was a great scope for cooperation.
Calling on Qatari investors to take advantage of the various investment opportunities in his country, he said, “Bulgaria has more than 200 companies producing spare parts for major international car companies in which Qatar can invest.”
He also called on Qatari businessmen to explore opportunities for cooperation with the 29 Bulgarian companies that are currently visiting Doha.

Qatar Sees Almost 10 Percent Growth in Smartphone Shipments in 2018 Q4
Qatar to Become ‘Perfect Mix of Business and Leisure Destination’
Highlighting Bulgaria as the focal point of information technology in Europe, he said that Bulgarian business sector is highly flexible and innovative.
Speaking on the occasion, Bulgaria Deputy Minister of Economy Alexander Manolev said the forum would be instrumental in building economic partnerships between the two countries by launching successful initiatives in various economic sectors.
While trade exchange between the two countries quintupled in the last one decade, he said, it doesn’t reflect the high level of political relations and the huge potential for mutual trade.
Highlighting Bulgaria as one of the most competitive destinations for investment in Europe, he said that it offers the lowest corporate tax in Europe.
Speaking on the occasion, Qatari Businessmen Association (QBA) Chairman Sheikh Faisal bin Qassim al Thani highlighted the interest of Qatari investors in exploring opportunities in Bulgaria which has an open economy and a private sector that depends on industry, tourism, trade and services.
Referring to the new investment law in Qatar that allows 100 percent ownership in most of the economic sectors, Sheikh Faisal called on the Bulgarian businessmen to benefit from the investment incentives that Qatar offers for foreign investors.
He also highlighted the logistical facilities the country possesses, including single window and the free zones that help foreign investors.
Qatar Chamber First Vice-Chairman Mohammed bin Ahmed bin Twar, who represented the large business community of Qatar on the occasion, said that Qatar and Bulgaria enjoyed distinguished relations and these relations have significantly developed within the past few years through mutual visits and cooperation in all fields.
He lauded Bulgarian president for his interest in meeting Qatari businessmen and expressed hope that the meeting would contribute to augment bilateral relations between the two countries and represent a platform for businessmen to strengthen cooperation.
Noting that Bulgaria hosted a number of Qatari investments in tourism, agriculture and infrastructure, he said there are eight Bulgarian companies operating in the Qatar’s trading and contracting sectors.
He said that Qatar has built an attractive investment environment based on a strong infrastructure and a bundle of legislative reforms as well as numerous incentives offered by the government to attract more investments to all sectors.
He called on Bulgarian companies to take advantage of the business climate available in Qatar and establish joint enterprises with Qatari companies.
He urged Qatari businessmen to explore investment opportunities in Bulgaria which is an attractive destination for investment.
The forum saw the signing of a memorandum of understanding (MoU) between Qatar Free Zone Authority (QFZA) and the National Company Industrial Zones (NCIZ) in Bulgaria. The MoU was signed by QFZA Business Development Manager Hamad al Mohannadi and NCIZ CEO Antoaneta Bares. The MoU aims for cooperation and exchange of expertise between both sides in the management of free economic zones.
The forum saw presentations by Qatari and Bulgarian officials on the business environment and investment opportunities in both countries.
The forum also featured bilateral meetings between businessmen from both sides to discuss investment opportunities and long-term economic cooperation mechanisms.
On the sidelines of the forum, Kuwari met with Manolev to discuss development and promotion of bilateral relations and joint cooperation, particularly in the trade, investment and industrial sectors.
Discussions also touched on the growth of the Qatari economy in recent years, the investment opportunities that Qatar offers across various sectors and the investment incentives and legislation that the state has adopted.
These include a law regulating the investment of non-Qatari capital in economic activity, and initiatives to support the private sector and attract foreign direct investments, which will encourage Bulgarian companies to invest in the Qatari market.