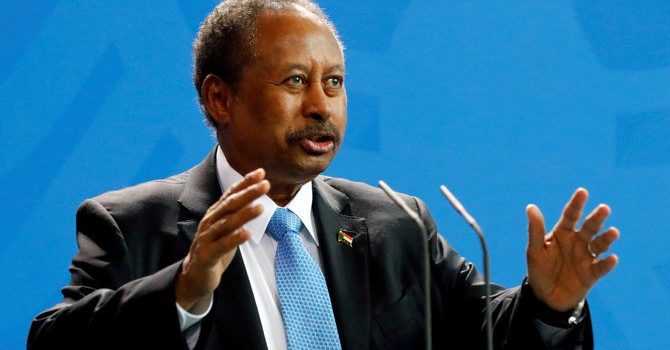 Abdalla Hamdok1 Sudan8
LONDON: Sudan is passing through “multiple transitions” in its efforts to move on from the 2019 ouster of Omar Bashir, but progress is fragile,... 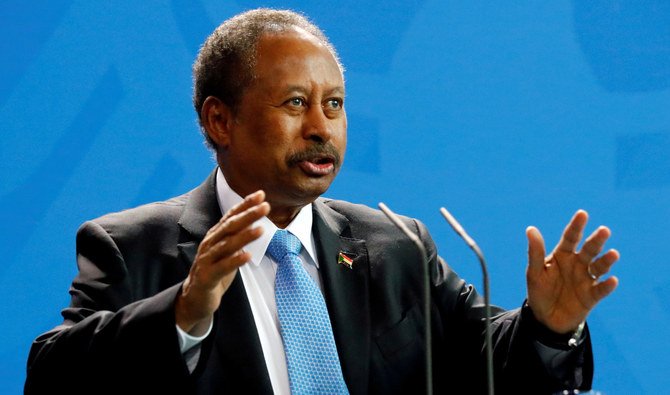 LONDON: Sudan is passing through “multiple transitions” in its efforts to move on from the 2019 ouster of Omar Bashir, but progress is fragile, Prime Minister Abdalla Hamdok said on Thursday.

Speaking at the UN General Assembly High-Level Side Event on Sudan, he highlighted the great strides made by the country in putting a peace plan in place, rebuilding the economy, reforming public sector institutions, balancing foreign policy, establishing a legislative council and moving toward full democracy.

But Hamdok pointed to the severe economic and internal issues still faced by Khartoum as reasons for caution.

“Sudan is … transitioning from war and conflict to peace, economic collapse and hardships to prosperity, from dictatorship to democracy and good governance, and from isolation, relinking to the world,” he said.

Last week’s failed coup attempt is a reminder of Sudan’s fragility, with Hamdok saying: “I’d like to convey our profound thanks and appreciation to … all our international and regional partners for their utmost solidarity for the transitional government in condemning and denouncing the aborted military coup attempt … With your support, and the resolve of our people, there will be no reversal.”

He added: “The No. 1 challenge is to get it right in the peace process. There are a number of issues here. Many armed groups, negotiations, regional and international actors and all that, complicate things.

“On the economic front, we’ve inherited a collapsing economy, serious macroeconomic imbalances. If I may just flag one indicator, today we collect less than 6 percent tax to GDP (gross domestic product) … You can’t run a decent government on that level of taxation.”

He said further serious public sector reform is needed but strides have been made elsewhere, with Sudan recently taken off the list of global state sponsors of terrorism, and reforming swathes of its legal codes to bring up to date laws on apostasy, taxation, debt consolation, and recovery of stolen assets from abroad. “We knew these are very important decisions. It’s a surgery, but we had to go through it,” he added.

The talk was attended by UN Secretary-General Antonio Guterres and dignitaries from Saudi Arabia, Egypt, the UAE, the US, the EU and France, among others.

Saudi Minister of Foreign Affairs Prince Faisal bin Farhan congratulated the people of Sudan on the reforms that the country has undertaken since 2019, saying the Kingdom remains keen to work closely with Khartoum as a provider of crucial aid, and as a mediating partner in the peace process.

“In April 2019, the Kingdom of Saudi Arabia declared its unwavering solidarity with the people of Sudan and the choices they made for their future. We accorded the highest importance to Sudan’s peace and stability in the face of the many challenges it faced,” he said.

“The Kingdom continues to be at the forefront of global efforts to facilitate peaceful transition in Sudan. We’re proud of our work as part of the Friends of Sudan group.”

“Egypt commends the steps taken by the government of Sudan to enact various macroeconomic reforms, and calls on all international partners to foster Sudan’s economic development,” he added.

Economic prosperity was a theme also picked up on by other speakers, with Samantha Power, administrator of the US Agency for International Development, urging the international community to use investment to “shepherd” Sudan through its transition.

He said Sudan’s economic recovery is crucial to ensuring such an outcome is avoided. This was echoed by Mansur Muhtar, vice president of the Islamic Development Bank, and the World Bank’s Ousmane Dione, who called the current moment a “once-in-a-lifetime opportunity” to put Sudan on the path toward “sustained prosperity.”

Maged Abdelaziz, permanent observer of the League of Arab States, said its members stand alongside Sudan to defend its sovereignty over its borders and its water rights, in reference to the dispute with Ethiopia over the Grand Renaissance Dam.