LONDON (AP) — Tottenham was beaten for the first time in its new stadium, losing 1-0 against West Ham in the Premier League on... 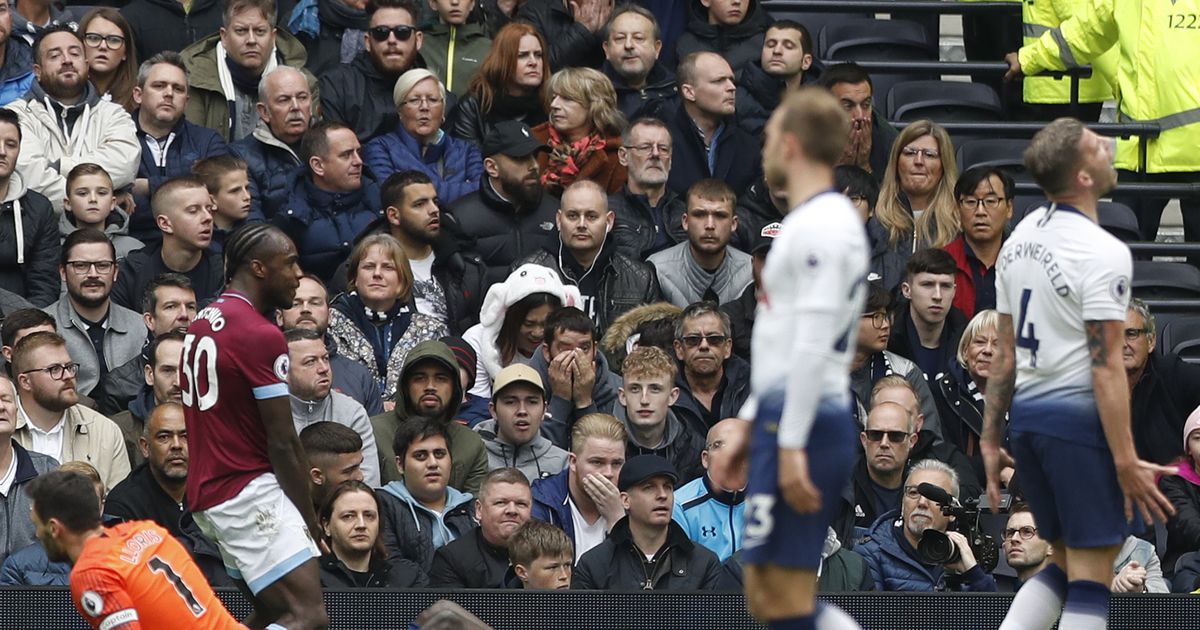 LONDON (AP) — Tottenham was beaten for the first time in its new stadium, losing 1-0 against West Ham in the Premier League on Saturday to hurt its chances of finishing in the Champions League qualifying positions.

Michail Antonio became the first visiting player to score in the recently built Tottenham Hotspur Stadium when he chested down a ball over the defense by Marko Arnautovic and drove a rising shot into the far corner in the 67th minute.

Spurs had won their first four games at the stadium, scoring eight goals in the process.

They are in third place but still within range of fourth-place Chelsea, which is three points back, fifth-place Arsenal, which is four points behind, and sixth-place Manchester United, which is six points adrift.

On Sunday, Arsenal is away to Leicester and Chelsea visits United.

Tottenham came close to snatching a point in virtually the final play of the game, but substitute Vincent Janssen’s header was cleared off the line.

Its two remaining league games are against Bournemouth away and Everton at home.

Tottenham manager Mauricio Pochettino fielded a strong team ahead of the first leg of its Champions League semifinal against Ajax on Tuesday.