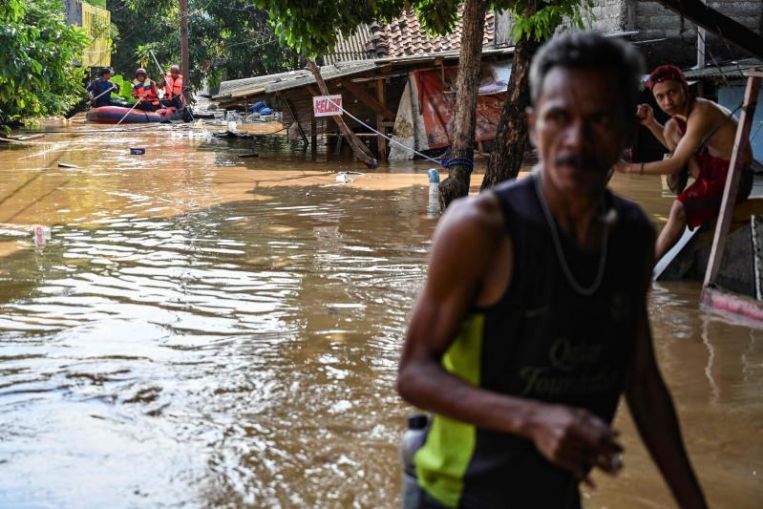 Heavy rain pounded the greater Jakarta area, causing the Ciliwung river to burst its banks, and prompting flash flooding in at least 17 communities.

Dozens of residents in parts of the capital’s east, where flooding occurs frequently during rainy season, were forced to wade through streets filled with 1m high water in places.

Images from some parts of the city showed people taking refuge on higher ground with their belongings, while authorities tried to reach hard-hit areas with rubber boats.

Public kitchens have been set up in East Jakarta to distribute aid to people affected by the flooding.

“We urge people to stay alert to the possibility of more flooding,” the Jakarta disaster mitigation agency said in a statement, adding the high water level of several dams was still at a worrying level.

There were no immediate reports of deaths or injuries, the agency said.

Flooding is common in Indonesia, especially during the rainy season that runs from October to April.

Last month at least 104 people died and more than 10,000 were forced to evacuate after flash floods and landslides tore through Papua in Indonesia’s east.